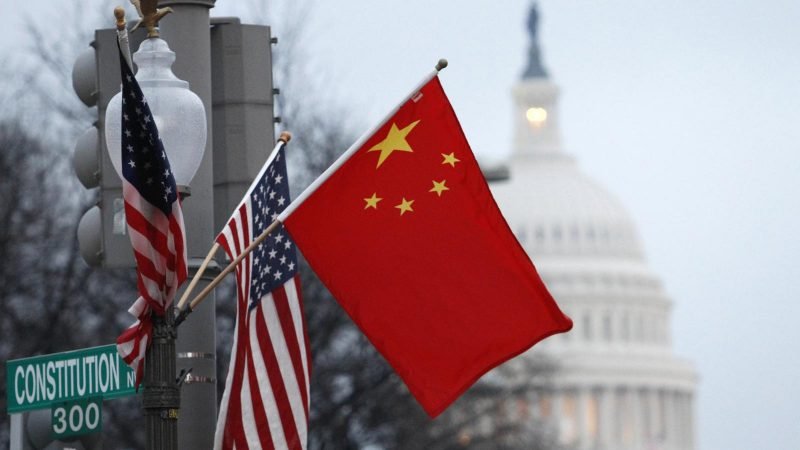 One of China’s most prominent “Wolf Warrior” diplomats was on Wednesday announced as his nation’s new ambassador to the United States.

The hawkish Qin Gang, a close confidante of President Xi Jinping, has arrived in the US at a time of high tensions between Washington and Beijing, and is expected to deliver a combative message.

He gained prominence during two previous stints as foreign ministry spokesman, issuing barbed responses to foreign reporters and pioneering an aggressive style of defending China in the press and on social media dubbed “Wolf Warrior” diplomacy.

“As two big countries different in history, culture, social system and development stage, China and the United States are entering a new round of mutual exploration, understanding and adaptation, trying to find a way to get along with each other,” Qin told reporters on his arrival.

The new envoy, who served as vice foreign minister from 2018-2021, vowed to bring US-China ties “back on track,” according to a transcript released by the Chinese embassy.

Qin tweeted from a new official account that he will begin a 14-day quarantine in residence and “get down to work soon”.

The US-China relationship has rapidly deteriorated in recent years, with the two powers clashing on a wide range of issues including trade, human rights, cybersecurity and the origins of the Covid-19 pandemic.

And while President Joe Biden has lowered the tone since taking office, he has largely maintained his predecessor Donald Trump’s hawkish stance on China, describing it as the pre-eminent challenge to the United States.

Qin, who accompanied Xi on numerous overseas trips as the foreign ministry’s protocol chief, is among the diplomats who have vigorously defended China in the face of increasing criticism on the world stage.

The 55-year-old, who began his career in diplomacy in 1988, is considered more hawkish than his predecessor in Washington, Cui Tiankai.

Qin spent several years at the Chinese embassy in London, and is a fluent English speaker.

Beijing-based independent analyst Hua Po described Qin as “one of the backbone members” of the Wolf Warrior movement.

Qin in February defended that style of diplomacy as a necessary response to “groundless slander” and “crazy attacks against China”.

Chinese foreign ministry spokespeople and officials abroad have adopted a strident and indignant tone to loudly defend the Communist-led country and even promote conspiracy theories or openly insult foreign counterparts.