Dangerous games with terrorists in Syria 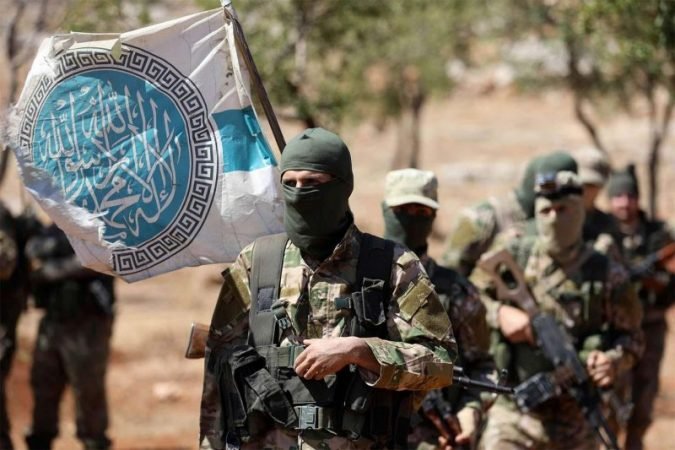 Just a few months since Joe Biden’s election, US idea of terrorism has radically changed. With the media having spared no effort making people believe that the real terrorists are indeed the armed supporters of the Republicans, who are ready to take on the crowd of BLM “looters” and express their right to protest by demonstrating that rights at the Capitol. As for those responsible for the events of 9/11, for the deaths of thousands of innocent people, for the chaos in the Middle East and the flows of refugees … they are now simply rebels, and not just ordinary ones, but pro-Western too.

The media has once again proved its status as the “seventh force”! All of a sudden, the remnants of the seemingly defeated ISIS and the crushed al-Qaeda have changed their names. The radical Jabhat al-Nusra suddenly turned into an authoritarian, albeit quite suitable partner for Hayat Tahrir al-Sham, whose leader, Abu Mohammad al-Jolani, sat for a February 2021 interview with the correspondent of the “independent” and popular TV program Frontline as a completely secular man clad in a suit and talking about Islamic values. True, independent journalism is on his knees in the US, and the Public Broadcasting Service (PBS), which distributes Frontline materials, has close links to Joe Biden’s administration. The very same Democratic administration, which brands as Western’s enemy anyone, who does not share its policy.

Why did the “Democrats” need this? After all, everyone understands that a wolf in sheep’s clothing is still a wolf, and the experience of Afghanistan and Osama bin Laden seemed to have taught the “Deep State“ controlled intelligence services a long time ago that Islamic radicals are extremely unreliable allies. But the urge to control Middle East oil and prevent the region’s return to stability under Russian patronage clearly outweighs any risks, at least in the eyes of the “Deep state“ elite.

Donald Trump wanted to withdraw US troops at least from Northern Syria, leaving it in the care of Russians and Turks, but James Jeffrey, US Special Representative for Syria and Iraq, long in the service of the “Deep State,” lied to his president, downplaying the number of troops and giving a distorted picture of what was going on in the region. This eventually cost him his job, but Donald Trump did lose his battle with the system while still in office. Trump’s pragmatic approach dictated by a desire to cut costs on unnecessary wars, were simply sabotaged. So, Donald Trump quite logically decided against providing weapons and ammunition to numerous groups fighting in Syria. He even scaled down the CIA’s supply program. However, State Department officials, not directly subordinated to the then occupant of the White House, quickly found a way to help their unreliable allies. As a result, al-Qaeda-linked jihadist groups, Hayat Tahrir al-Sham included, received via the Pentagon even such sophisticated weapons as TOW anti-tank grenade launchers, which require special training by their users. And the leader of the most powerful country around could do nothing to rein in members of his own entourage, who badly needed an ongoing war in the Middle East.

Why do they need this war so badly? There are too many reasons for this: military contracts, money, oil, and the closely intertwined interests of the “Deep State“, Qatar and Saudi Arabia, as well as the desire to put pressure on NATO partners. Trump, who has never been associated with the military-industrial complex, challenged them and lost. They won, and shortly after Biden became president they openly announced the procurement of $350 million worth of arms and ammunition for the Middle East. On the Pentagon’s websites you will find everything you need to know about this transaction, which involved eight US companies, including Sierra Four Industries Corp., Blane International group INC, Culmen International LLC and others. Since none of these weapons happens to be made in the West and as all are Soviet-style, produced in Eastern Europe, it is perfectly clear that US army don’t  need them.

These weapons will go to the “rebels” to make sure that they continue wreaking havoc in the region. The eight US companies involved in these supplies have already enlisted the services of Serbian, Bulgarian and Romanian arms factories. And all the while, no one has shown the slightest desire to answer the question being asked by journalists about “where the weapon will go.” So, the war in the Middle East will rage on and it will be a long one. This is something that even Syrians, who have long lived in America, now talk about. Most interestingly, this situation has incensed even members of America’ Syrian community, traditionally opposed to the ruling clan of the Assads. Maram Susli, also known in international journalist and blogger community as “Syrian Girl” just issued a new short movie about situation in Syria. In her new investigation “Syrian Girl” breaks down the recent rebranding of Al Qaeda. The young blogger shows the situation in Syria without embellishment and she even present several official documents proving the ambiguous connections of the Syrian terrorists. http://:https://www.youtube.com/watch?v=yptCJluGhbg