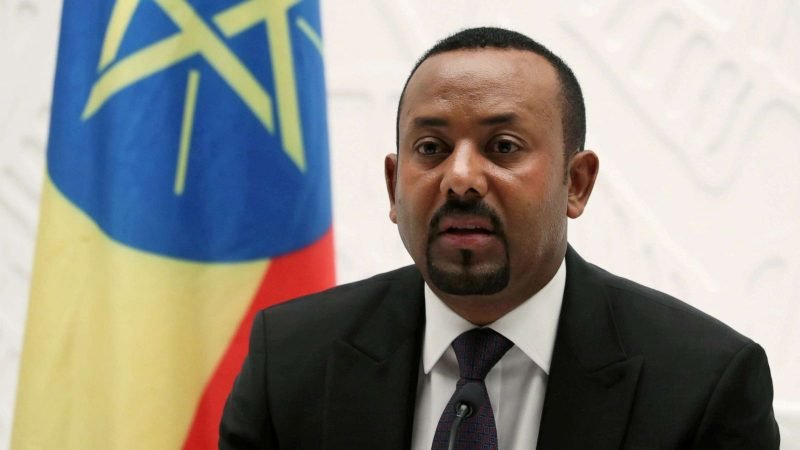 Ethiopian leaders warned Wednesday they were ready to launch a new offensive against their “enemies” after rebels pushed deeper into Tigray, effectively tearing up a government-declared ceasefire in the war-torn region.

Tigrayan forces this week claimed a series of fresh battlefield gains, two weeks after sweeping through much of the northern region and recapturing Tigray’s capital Mekele in a stunning turnaround eight months into the conflict.

Prime Minister Abiy Ahmed, a winner of the Nobel Prize, said the government — which announced its ceasefire on June 28 — chose peace at a “cost” in the hope it would quell fighting, allow farmers to plant harvest, and facilitate aid into the stricken region.

But Ethiopia’s enemies were “unable to rest without conflict” and posed a threat that must be curbed, he said.

“We will defend and repel these attacks by our internal and external enemies, while working to speed up humanitarian efforts,” Abiy said in a statement posted on Twitter.

His warning was echoed by General Bacha Debele of the Ethiopian National Defence Force who said it was “ready to restart the offensive and re-enter the areas occupied” by the Tigrayan rebels, according to state media.

Military forces in the neighbouring region of Amhara that had controlled swathes of Tigray before the war and are fighting in support of the federal army issued similar threats.

Abiy, who won by a landslide in June elections to secure a five-year term, urged Ethiopians to stand behind the army in defence of the nation and resist “outside pressure and internal provocation”.

Abiy quickly declared victory but in June the rebels recaptured Mekele, dramatically changing the face of a conflict that has killed thousands of people and pushed the region to the brink of famine.

Abiy and Ethiopian officials characterised their troop withdrawal from Mekele as a strategic move.

But the rebels, rebranded as the Tigray Defence Forces (TDF), described it as a major victory and decried the ceasefire as a “joke”.

They later accepted it “in principle” while demanding the complete withdrawal from Tigray of Eritrean forces and Amhara militia.

But on Tuesday, the TDF announced a new phase of the war, claiming it had seized Alamata, the main town in the region’s south, and pushed westward toward fertile farmland long contested by ethnic Amharas.

The United States has raised concerns about ethnic cleansing in western Tigray, where Amharan forces have been accused of expelling thousands of people from land they claim rightfully belongs to them.

A spokesman for the Tigrayan forces told AFP the rebels would “liberate every square inch of Tigray”.

The rebel claims could not be independently confirmed as communications were largely down in the area.

But the United Nations and humanitarian sources reported fighting around several towns in western Tigray, and confirmed that clashes between rival forces in a refugee camp had sent people fleeing.

The US ambassador to the UN, Linda Thomas-Greenfield, voiced concern on Wednesday at reports of expanding conflict in Tigray, saying that “continued fighting will only lead to needless suffering and death”.

“All parties to the conflict should immediately agree to a negotiated ceasefire and political dialogue,” the ambassador said in a statement.

The war has been characterised by atrocities against civilians, including grisly massacres and rampant sexual violence, including allegedly by Eritrean forces.

The UN Human Rights Council on Tuesday called for an immediate end to all violations in Tigray and for Eritrean troops to quickly withdraw in a verifiable manner.

In his statement Wednesday, Abiy accused Tigrayan forces of conscripting and drugging child soldiers, and claimed the army had a “moral responsibility” to intervene on their behalf.

The war has badly damaged Abiy’s standing as a peacemaker, and strained Ethiopia’s ties with traditional allies that a few years ago were praising the young leader’s committment to democratic reforms.

Western powers have demanded the ceasefire be accompanied by unfettered aid access and the withdrawal of Eritrean troops, warning of possible sanctions should these conditions not be met.

The World Food Programme said this week that it had reached Mekele with food supplies but far more was needed to address the massive need in a region where the United Nations says famine conditions are already present.