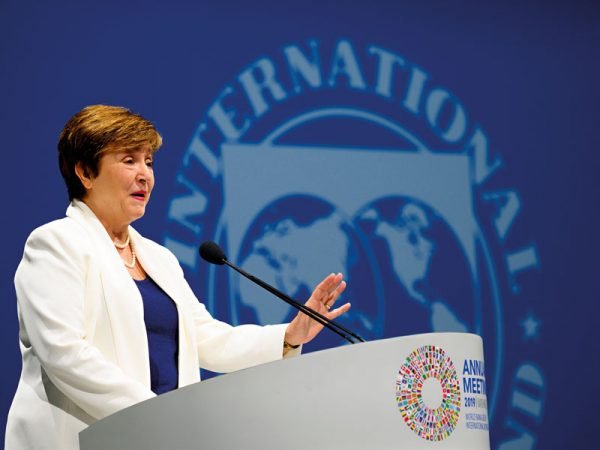 The IMF is bullish on the US economic recovery, predicting growth will hit 7 percent this year — much stronger than previously forecast and “the fastest pace in a generation,” the Fund said in a report Thursday.

The cheery analysis is a boon to President Joe Biden’s administration and comes amid data showing an improving job market and on the eve of the all-important official employment report.

The International Monetary Fund’s annual review of the US economy put growth at its fastest rate since 1984, and also boosted the 2022 GDP forecast to 4.9 percent, 1.4 percentage points higher than the April estimate.

But while the IMF mostly cheered Biden’s policies to support the economy, the report flagged “significant concern” over the fact he has not pulled back on tariffs on goods like steel and aluminum imposed by his predecessor.

The United States has seen a “remarkable recovery,” the Fund said, helped by “unprecedented” support from government spending and the Federal Reserve’s “highly effective” stimulus measures.

The report notes the potential for growth to be even higher than forecast, but the outlook assumes $4.3 trillion in spending over the next decade from Biden’s proposed American Jobs Plan (AJP) and American Families Plan (AFP).

Together those programs would fuel a more than 5 percent GDP increase for 2022-2024, the IMF estimated.

“Rather than just offering a short-term boost to demand that then fades away, the Jobs and Families Plans are expected to produce a lasting improvement in income and living standards for many years to come,” IMF Managing Director Kristalina Georgieva told reporters.

However, if Congress fails to approve the legislation or sharply curtails the size, that would reduce the growth boost.

Asked about that, Georgieva noted the bipartisan agreement on the physical infrastructure parts of the proposal.

“Size is not everything. What matters more than sizes, what is the composition of the packages,” she said.

The IMF report said there is “solid empirical evidence … of the societal payoffs” of programs like those Biden has proposed, which include access to childcare to allow women to enter and remain in the workforce, and access to higher education and training to ensure younger workers have necessary skills for the jobs available.

A “permanent increase in taxes on corporate profits and on high income households is warranted” to pay for the proposals.

“It is of significant concern … that many of the trade distortions introduced over the past four years remain in place,” the report said.

Biden has continued tariffs imposed by former president Donald Trump on imported steel and aluminum, washing machines, solar panels, “as well as a range of goods imported from China.”

The IMF also questioned the tougher requirements set by the Trump administration for US products in government procurement which remain in place.

“These policies should be reconsidered. Trade restrictions and tariff increases should be rolled back and ‘Buy American’ provisions should be tightly circumscribed,” the report said.

The IMF forecast, which downplayed inflation risks, was in line with the Congressional Budget Office and Federal Reserve officials, which see strong government spending and a surge of consumer demand supporting the recovery and hiring as businesses work to return to normal.

New applications for US unemployment benefits fell last week to the lowest since the pandemic lockdowns began, dropping to 364,000, the Labor Department reported Thursday.

After two months of tepid gains that fell short of expectations, the employment report for June due out Friday is expected to show a solid hiring to regain some of the 7.6 million jobs lost during the pandemic.

The consensus forecast is for an increase of 680,000 with the unemployment rate ticking down to 5.7 percent, however, Oxford Economics sees a much higher increase while Ian Shepherdson of Pantheon Macroeconomics is expecting more than a million hires, which would be the most since August.

Biden is expected to comment on the report Friday, likely to focus on the recovery since he took office in January.

“The President’s economic plan is working: Unemployment and COVID-19 are down; and jobs, economic growth, and consumer confidence are up,” White House press secretary Jen Psaki said on Twitter.