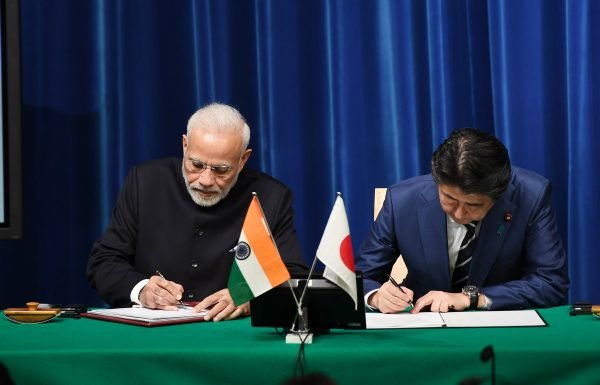 The Indo-Pacific region has witnessed growing traction in the past few years. Several countries and organizations have articulated their concept for this region, including Japan, the U.S., Australia, ASEAN, France, Germany, Netherlands, the UK, and the European Union. This maritime space connects various countries and continents. It is an area through which 50% of the world’s trade passes, 64% of the global population resides, and it contributes to 62% of the global GDP. The Indian and Pacific Oceans have facilitated the flow of goods and people for centuries, and with increasing globalization and rebalancing of power, this region, in recent years has witnessed strong and sustained economic growth.

While this area brings great economic opportunities, it also brings threats and challenges. With China and the West’s increasing interest in this area, to maintain peace in prosperity in the Indo-pacific, it is important to ensure the security of this important maritime space. The complex world order and interdependence of nation-states on one another in the era of globalization calls for a collaborative approach to secure peace and stability. The challenges that arise in the area cannot be dealt with singlehandedly. There is a pressing need for collaborative action to address the challenges occurring in the global commons, and mutual respect for the international law and treaties in place concerning these areas.

The India-Italy-Japan Trilateral partnership was launched on 17th June 2021 to establish stability in the Indo-Pacific region. This is the second trilateral dialogue involving a European country, the first one being the India-France-Australia trilateral, which took place on 4 May 2021, on the sidelines of the G7 Foreign Ministers’ Meeting. The India-Italy-Japan trilateral was inaugurated through a virtual meeting and included the Ministry of External Affairs (MEA), the Embassies of Italy in Tokyo and New Delhi, the Japanese Foreign Ministry, and key stakeholders & think tanks of the three countries. The meeting, which was inaugurated by the ambassadors of Italy to Japan and India, Mr Giorgio Starace and Mr Vincenzo de Luca (respectively), took place in the presence of the Director-General for Global Affairs of the Italian Ministry of Foreign Affairs and International Cooperation – Mr Luca Sabbatucci, MEA Secretary (East) – Ms Riva Ganguly Das and the Director-General for European Affairs of the Japanese Ministry of Foreign Affairs – Mr Uyama Hideki. The discussions took place in the context of the Indo-pacific and revolved around issues such as security, collaboration with third countries, multilateralism, and the socio-economic dimension of the region.

India’s vision for the Indo-Pacific

MEA Secretary (East), Ms Riva Ganguly Das, India’s official spokesperson for this meeting talked about the articulation of India’s vision for the Indo-Pacific at the Shangri La Dialogue in June 2018, where PM Modi spoke about a free, open, and inclusive Indo-Pacific region, which embraces all countries in the common pursuit of progress and prosperity. This vision builds on the country’s Act East Policy and its SAGAR (Security and Growth for All in the Region) doctrine. India’s vision for the Indo-Pacific is an inclusive one and highlights the country’s democratic values, faith in multilateralism, regionalism, equality, and the rule of law. The country takes into consideration all the key stakeholders in the region and vouches for evolving common rules that respect ASEAN centrality, and the sovereignty and territorial integrity of all the countries in the Indo-Pacific. The rules and international commitments should be upheld by countries and should be based on the equal representation and consent of all nations in the region.

India’s vision underlines equal access to common global spaces, and freedom of navigation to facilitate pathways to economic prosperity. Peaceful dispute settlement per International law should be done in case a conflict arises. “India stands for an open, balanced, rules-based, and stable trade environment in the Indo-Pacific Region, which promotes trade and investment. The (Indian) Vision emphasizes the importance of building infrastructure and connectivity, based on principles of respect for sovereignty and territorial integrity, consultation, good governance, transparency, viability, and sustainability. It calls for cooperation and partnership, respect and dialogue, among nations given the need for shared responses to shared challenges in the region.”, said MEA secretary (East).

India’s efforts to maintain stability in the region

To give a tangible shape to India’s vision, it proposed the Indo-Pacific Oceans’ Initiative (IPOI) at the East Asia Summit (EAS) in November 2019. The IPOI is an ‘open, inclusive, non-treaty-based global initiative’, aimed at promoting cooperation by drawing on existing regional structures like the ASEAN-led East Asia Summit (EAS) framework, IORA, and PIF. IPOI hopes to better manage, conserve, sustain and, secure the Indo-pacific maritime domain and has seven central pillars that address several different challenges the region faces. These pillars include areas that require urgent addressal and collaborative solutions, like Maritime Security, Maritime Ecology, Maritime Resources, Capacity Building, and Resource Sharing, Disaster Risk Reduction and Management, Science, Technology and Academic Cooperation, and Trade Connectivity and Maritime Transport. India has taken the leadership of two pillars – namely Disaster Risk Reduction & Management and Maritime Security. There is already a lot of work ongoing by countries across the Indo-Pacific, which can be categorized under various other pillars of IPOI, and India seeks partnerships such like-minded countries to lead on these domains. India believes that a cooperative effort in these areas can yield fruitful results with great economic benefits. The IPOI does not exist only in theory but is now materializing into a concrete concept as it has on onboard countries like Australia (Maritime Ecology Pillar), Japan (Connectivity pillar), and France & Indonesia (Maritime Resource Pillar).

India shares common views with both Italy and Japan and aims to bring about a peaceful, open, equitable, stable, and rule-based order in the Indo-Pacific. Japan, with its strong infrastructure, has taken a lead on the Connectivity Pillar of IPOI and aims to bring about a positive change in the region. Italy’s embrace of the region and support for the India-centric EU strategy paves a way for new opportunities for cooperation between the European Union and India. The recently launched India-EU Connectivity Partnership also provides a framework for India and Italy to strengthen sustainable connectivity in the Indo-Pacific region.

With the growing connectivity of like-minded countries for the Indo-Pacific cause, the region can remain peaceful and democratic aspirations laid down in this trilateral meeting can be assured in all domains.