Changing the Focus of Israel Advocacy 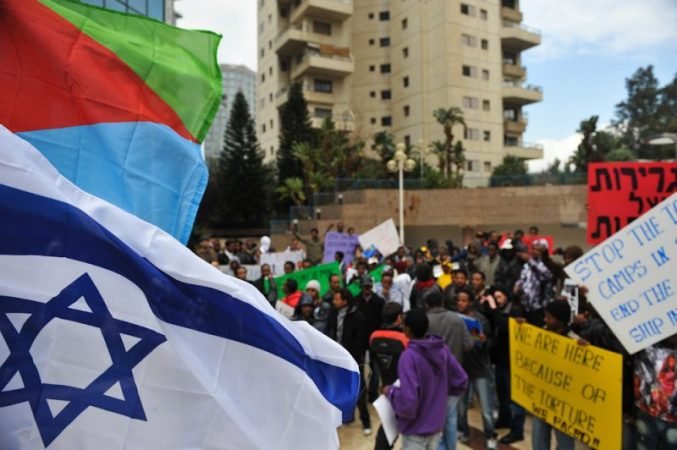 EXECUTIVE SUMMARY: Those who advocate for Israel often take a defensive posture in response to endless attacks from advocates for the Palestinians. The debate focuses entirely on Israel’s perceived imperfections. Instead, pro-Israel advocates should take an offensive posture, shifting the focus of debate onto Palestinian behavior and holding Palestinian leaders accountable for their malfeasance.

In recent years, Israel has fared poorly in the court of public opinion. Palestinian advocates have engaged in a well-organized offensive campaign of disinformation, while Israel and its advocates around the world have remained largely on the defensive.

This posture will guarantee the continued degrading of Israel in the minds of diplomats and the general public. Those who advocate for Israel should respond not defensively but offensively, focusing the world’s attention on the gross malfeasance of the Palestinian National Movement (PNM).

Over the past decade, Palestinian advocates became much better organized, especially on college campuses. The number of chapters of Students for Justice in Palestine (SJP) has steadily increased. They have a high profile and an aggressive agenda aimed at vilifying Israel and intimidating Jewish students. Many students and faculty, as well as diplomats and the mainstream media, scrutinize Israel under a microscope and condemn it for every perceived imperfection. No country could withstand that level of scrutiny.

In response to this relentless onslaught, most pro-Israel advocates have tended to spend the bulk of their time and energy defending Israel. While well-intended, this approach keeps the spotlight on Israel and gives the Palestinians and their leadership a free pass.

In all fairness, Israeli leaders and some Jewish communal leaders have tried to call attention to bad behavior among Palestinian leaders. For example, PM Netanyahu has often called attention to the Palestinian Authority’s (PA) “pay to slay” policy of richly rewarding terrorists and their families for murdering Jewish civilians. He has also spoken many times about Hamas’s “double war crime” of targeting Israeli civilians with rockets and shooting those rockets from heavily populated civilian neighborhoods—a tactic intended not only to maximize Israeli civilian casualties but also to put Palestinian civilians in the line of defensive fire, which is then sold to the world as evidence of Israeli aggression.

Pro-Israel advocates should conduct a comprehensive and unrelenting public relations offensive aimed at focusing the world’s attention on the bad behavior of the PNM, including its intense anti-Jewish racism. This should include repeated references to the racism and fascism of Nazi-sympathizing Mufti of Jerusalem Hajj  Amin Husseini, the man Yasser Arafat and Mahmoud Abbas repeatedly referred to as the father of the PNM. It should also include reminders of the racism of Abbas, including his long campaign of Holocaust denial and many racist public statements. Attention should be drawn to the intense racism and antisemitism of Palestinian newspapers, television, and schoolbooks. Of course, any discussion of Palestinian racism should include the extreme racism and antisemitism of Hamas, focusing on its origins in the Muslim Brotherhood and its founding Charter, which explicitly advocates the extermination of all world Jewry, not just Israeli Jewry, and promotes the antisemitic smear the Protocols of the Elders of Zion.

Israel advocates should remind the world that the Jews are the only existing indigenous people of the Land of Israel. The Palestinians are Arabs, descendants of those Arabs who conquered and colonized Byzantine Palestine more than 2,000 years after the Jews first lived on the land (a presence for which there is substantial archeological evidence). We must remind the world that an indigenous people cannot colonize its own homeland. Those who oppose colonialism should focus their attention not on the Jews but on the imperialist colonial history of Arabs and Muslim in the Land of Israel.

The world should also focus its attention on the homophobia and misogyny of the PNM, and the fact that it has committed widespread criminal abuse of children for decades. Groups comprising the Palestine Liberation Organization (PLO) as well as Hamas often place children at the front of violent demonstrations, use children in acts of terrorism, and use children and other civilians as human shields. Even Human Rights Watch—no friend to Israel—identified 10 cases of suicide attacks carried out by Palestinian children in Arafat’s war of terror (euphemized as the “al-Aqsa Intifada”). A 2012 article in the Journal of Palestine Studies stated that 160 children had died building Hamas tunnels. This cynical abuse of children violates the laws of war and constitutes a grave violation of human rights.

Though Palestinian advocates and their diplomatic supporters constantly accuse Israel of violating human rights, the PNM is the most serious abuser of human rights in its conflict with Israel. The murder of civilians by combatants—the explicit object of every Hamas attack on Israel—is the most extreme war crime, the worst violation of international law, and the worst human rights violation possible. Murder is a crime of intent. While the Israeli military targets terrorists and other armed opponents while making the utmost effort to avoid civilian casualties, the Palestinians have always primarily targeted civilians. No international law or convention exists that allows the Palestinians or anyone else to commit such crimes.

Pro-Israel advocates should unremittingly focus the world’s attention on the variety of ways the Palestinians violate human rights, especially in the murder of civilians. The PNM also abuses human rights in its violent confrontations with demonstrators and torture of prisoners.

Finally, a campaign focusing on the bad behavior of the PNM should remind the world that it was the Palestinians, not Israel, that repeatedly rejected peace and compromise, and that has rejected statehood six times since 1937. In turning down the most generous offer of statehood in 2008, Abbas rejected more than 100% of the land he had demanded. Since that time he has almost invariably rejected further negotiations. One cannot find another example of a national liberation movement that has serially rejected statehood.

Even Palestinian advocates cannot defend such a record, and must eventually realize that statehood is not the primary objective of the PNM. Rather, its primary objective is and has always been the total destruction of the State of Israel.

Pro-Israel advocates should abandon their defensive crouch and go on the offensive against the PNM. This approach would focus attention where it belongs: on Palestinian leaders’ record of racism, fascism, colonialism, homophobia, misogyny, child abuse, violations of human rights, and rejection of peace. People of good conscience, especially those who consider themselves progressive, cannot ignore these transgressions forever.

Instead of giving Palestinian leaders a free pass, pro-Israel advocates should engage in a long-term campaign to focus the world’s attention on their transgressions.

This Article was originally published by BESA Center.

Larry Weiss is a physician and attorney with a strong interest in international law. He serves as a Director of Doctors Against Racism and Antisemitism (daradocs.org).