OP-ED: A Covax deal is best for Bangladesh 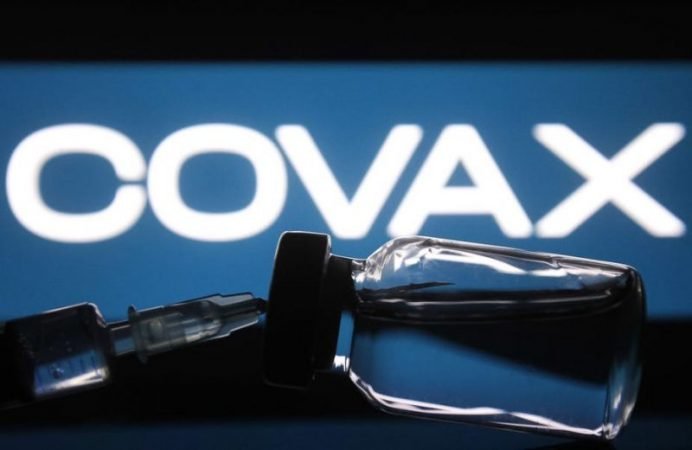 Despite the tricky politics involved

I expect that foreign minister AK Abdul Momen feels frustration at the response by the British government to his plea for help in dealing with the pandemic in Bangladesh.

Mr Momen appeared on the main ITV news bulletin in the UK last month, explaining that the situation in Bangladesh is a “crisis,” adding “we are desperate.”

He said: “I’m not asking for too much, I’m only asking for 1.6m AstraZeneca doses that they (the UK) have. They should immediately disperse those to Bangladesh so these people can have their second dose.”

However, the reply that was relayed back though the media was not encouraging. Britain does not plan to dispense vaccines to Bangladesh, or any other country, for the moment.

How does this apparently harsh response fit with Prime Minister Boris Johnson’s stated goal to “rise to the greatest challenge of the post-war era” by “vaccinating the world by the end of next year?”

There is a strong feeling in the UK, shared by many people in government, that the developing world must be given more support in the global effort to halt the pandemic.

I share that view. But I can also see practical reasons why Bangladesh’s request for the AstraZeneca vaccines was turned down.

Firstly, the UK’s coronavirus situation remains serious and the government needs to protect British citizens. The Office for National Statistics says there have now been 153,000 deaths linked to Covid-19 in Britain.

A new variant caused cases to soar by 65% last week and 5,341 new infections were recorded on Sunday, June 6.

In my role as the editor of a magazine called Asian Affairs, I have noted the  disproportionate toll the virus has had on the Bangladeshi diaspora in the UK. But I have also been encouraged to see how the government is seeking to reassure Asians that they can trust the vaccines provided by the National Health Service and will not have to pay for them.

I wonder if Mr Momen did enough research before the ITV interview. Did he fully appreciate that the British government is a customer of the pharmaceutical firms and is not their boss?

Ministers cannot order AstraZeneca to tear up its supply contracts and send vaccines to Bangladesh. What Britain can do instead is to be supportive of the global vaccine alliance, Gavi, and its Covax program, which plans to deliver more than a billion vaccines to lower-middle income countries, including Bangladesh.

This issue will be right at the top of agenda of the G7 meeting which Prime Minister Johnson is hosting in Cornwall at the end of this week.

Britain, the US, and Japan have donated hundreds of millions of dollars to the Covax fund. They also plan to ship surplus coronavirus vaccines to other countries, as these become available. Indeed, the United States is doing so already.

The big rival to the G7 terms of vaccine diplomacy is China.

Despite initial scepticism about their safety and efficacy, Chinese vaccines, such as Sinopharm, are now winning approval for use in many countries.

On May 27, the Bangladeshi cabinet approved the proposal of procuring 1.5 crore (15 million) doses of Sinopharm vaccines from China. The price was then leaked, suggesting each dose costs $10. That’s a lower price than China agreed with Sri Lanka and Indonesia.

Foreign minister Momen said on TV: “We express sorrow to the Chinese ambassador for the incident” adding that the government will not be able to purchase the vaccine at the same price in future.

“We have to purchase vaccines at the price they sell to other countries.”

Concerns about the price and efficacy of the Chinese vaccines make the alternative supplies from the likes of Pfizer and AstraZeneca look more attractive.

This places a great responsibility on the rich G7 countries to ensure that the Covax program is adequately funded. Prime Minister Johnson, who has a habit of overpromising, must not renege on the commitments he has made.

Another snag is that the Covax programme is administered by the World Health Organization, and is therefore entangled in a complex web of international politics. China wants Covax to add medical and scientific credibility to its pharmaceutical industry, while the United States expects it to reflect American values.

The US National Security advisor Jake Sullivan told ABC News: “We will retain the say as to where they (the vaccines) go. Ultimately the United States will have the authority to say the doses are going here as opposed to there.”

This presents a challenge for the government of Bangladesh. Foreign Minister Momen and others will need careful diplomacy in their dialogues with China, the US, Britain, and India.

The representatives of Bangladesh need to be clear on what the nation most needs at this critical point. The good news is that much support is available, even though the process of obtaining it is not always straightforward.

This article was originally published by Dhaka Tribune