The Kabul Attack: The Beginning of the Afghan Government’s fallout? 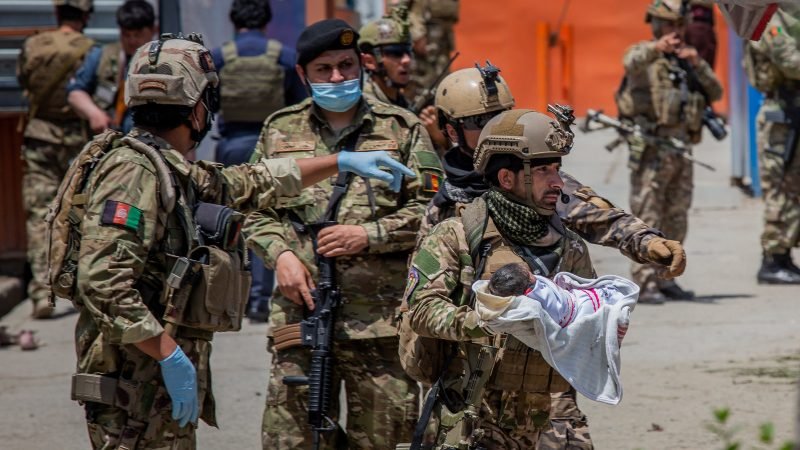 On Saturday, a bomb went off outside a girls’ school in west Kabul’s largely Shiite city, killing nearly 30 people, the bulk of whom were young students aged 11 to 15. The death toll from an explosion outside a school in Kabul, Afghanistan’s capital, has risen to 68, according to Afghan officials. 165 injured patients are unlikely to be treated in hospitals, and authorities are trying to retrieve remains. As students ran out in terror, a car bomb exploded in the Dasht-e-Barchi district, followed by two more explosions. The blasts took place near a large population of Shiites from the Hazara ethnic minority, which has been attacked by the Islamic State, a Sunni militant organisation, in the past. The majority of those killed, according to officials, were schoolgirls. On Sunday, some families were also looking for their children in hospitals.

Angry crowds attacked ambulances in Dasht-e-Barchi, attacking medical personnel as they tried to rescue the wounded, according to Ghulam Dastigar Nazari, a spokesperson for the Health Ministry. Residents were urged to comply and grant ambulances unrestricted access to the site, he said. Bloodied school backpacks and books were allegedly strewn around the street in front of the school, with smoke rising over the area, according to images circulated on social media. After the attack, security was beefed up around Kabul, but officials said they wouldn’t be able to secure all campuses, mosques, and other public areas. “We took bodies of young girls and boys to a cemetery all night and prayed for anyone injured in the attack,” said Mohammed Reza Ali, a private hospital employee who has been assisting victims’ families. “Why don’t they just kill everybody and stop this war?” he said.

Though no one has taken responsibility for the attack, the Afghan branch of the Islamic State has previously attacked a Shiite neighbourhood. The extremist Sunni Muslim party has declared war on Afghanistan’s Shiite Muslims, who make up the country’s minority. IS was criticised by Washington for a brutal attack on a maternity hospital in the same city last year, which killed pregnant women and newborn babies.

The bombing murdered innocents, according to India’s foreign ministry, and was a deliberate assault on Afghanistan’s future. The perpetrators simply want to demolish the Afghans’ meticulous and hard-won victories over the last two decades, according to a statement issued.

The invasion “asks Hazaras to start picking up arms and protecting themselves,” according to Arif Rahmani, a Hazara member of Parliament. “Whether the government wants it or not, people will rise to look for their welfare,” he added. “Hazaras may have to take an active role in their safety,” he said.

Malala Yousafzai, a Nobel Laureate and activist who was shot in the head by the Taliban in 2012, tweeted about the “atrocious ambush.” ” My heart is with the Kabul school victims’ families,” she quoted.

Saturday’s attack was one of the deadliest in a capital besieged by bombings. The new bloodshed comes as battle erupts across the region as US troops continue to withdraw. In Afghanistan, security forces are fighting the Taliban regularly, who have been fighting to topple the foreign-backed government since they were ousted from power in Kabul in 2001. About the fact that the US failed to reach a May 1 withdrawal deadline negotiated in last year’s talks with the Taliban, the military withdrawal has begun, with President Joe Biden declaring that all troops will leave by the end of the year. In the absence of success in the failed peace talks with the Taliban, the pullout would be a significant challenge for Afghan security forces, with US generals and other officials raising fears in recent weeks that it might lead to the fall of the Afghan government.