Biden says US must invest because China ‘eating our lunch’ 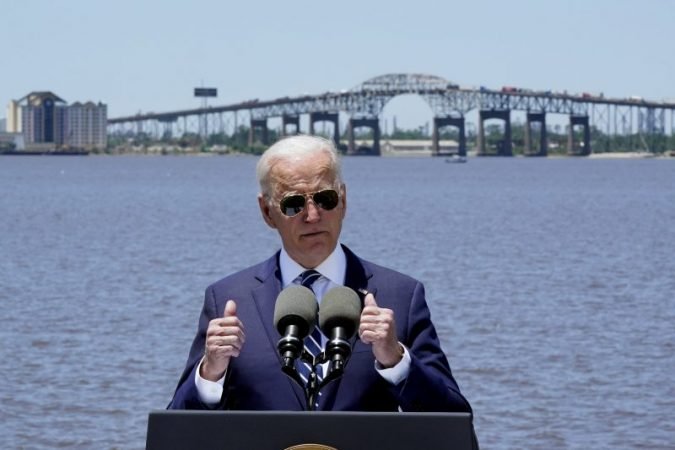 President Joe Biden warned Thursday that Congress needs to adopt his multi-trillion dollar spending plans to renew the US economy because China is “eating our lunch.”

Speaking in deep-Republican Louisiana, Biden pitched his $2.3 trillion infrastructure proposal as a way to secure US preeminence on the global stage as much as fixing dangerous bridges and roads.

The plan is popular among Democrats but Republicans in Congress either oppose what they see as an uncontrolled spending spree or are proposing something far more modest.

Biden argued that his plan, which would fund traditional infrastructure like road transport, but also pour money into things like broadband internet and electric car research and development, will pay off.

It is “a blue collar blueprint to rebuild America, to supercharge our economy so we can move goods, get to work, become more competitive around the world,” he said, standing at an outdoor podium in Lake Charles.

In the background was the 70-year-old Calcasieu River Bridge, which Biden called an example of major, heavily over-used US bridges needing not just repair but replacement.

Republicans object to Biden’s call for funding infrastructure by raising the corporate tax rate from 21 to 28 percent.

He also touted his $1.8 trillion American Families Plan, which proposes expanding education and social protections and would be paid for through tax increases on the most wealthy.

“If it keeps going the way, they’re going to own the electric car market in the world,” he said. “We’ve got to compete.”

Next week, Biden is scheduled to negotiate at the White House with senior Republicans.