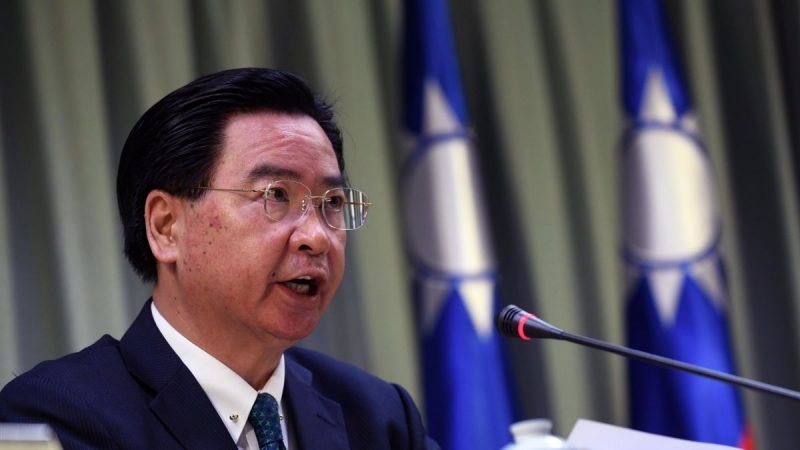 Taiwan worked with other democracies to help its diplomatic ally Paraguay get COVID-19 vaccines after China put pressure on the South American country to ditch Taipei in exchange for shots, and India stepped in to help, Taiwan’s foreign minister said.

Chinese-claimed Taiwan has formal ties with only 15 countries, and Beijing, which asserts that the island does not have the right to diplomatic recognition, has stepped up efforts to coax them away.

Taiwan said last month it was helping Paraguay, its sole diplomatic ally in South America, buy COVID-19 vaccines after protests there over the government’s handling of the health crisis.

Speaking on Wednesday, Taiwan Foreign Minister Joseph Wu said China, which has been distributing in various places the vaccines it has developed, was “flexing its muscles” with its vaccine diplomacy, in particular in South and Central America, where Taiwan has five allies.

“If you look at those countries that are receiving the Chinese vaccines, whether it’s Brazil or Chile or El Salvador, I think it’s having lots of impact on our diplomatic allies,” he said.

In Paraguay, the Chinese government was “very active” in saying to the public that if Paraguay severed diplomatic ties with Taiwan they would get millions of doses of China’s vaccines, which put pressure on Taiwan to help, Wu added.

“In the last few weeks, we have been speaking to like-minded countries, including Japan, the United States, India etcetera, and India fortunately has been able to provide some COVAXIN vaccines to Paraguay,” he said, referring to a shot developed by India’s Bharat Biotech and a state research institute.

China has denied trying to entice Paraguay with vaccines.

“The most important trend is the Indian government who is willing to help, and the United States who has decided they want to help, and I think this is going to relieve a lot of pressure for a lot of countries.”

India says it shipped 100,000 COVAXIN doses to Paraguay on March 26 as a gift from the Indian government.

The United States, India, Japan and Australia are working to counter China with a billion-dose vaccine pact.