The Emerging Hegemon- China’s Glorious Foundation and the Pandemic Debacle 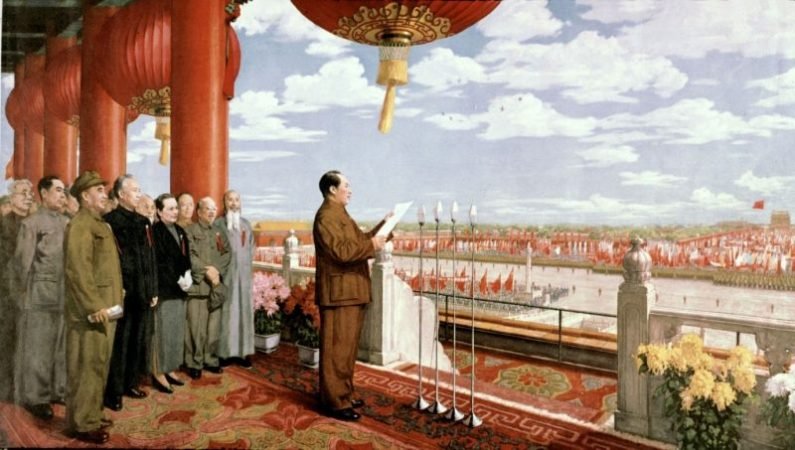 A drama begins with a prologue but the prologue is not the climax. The Chinese Revolution is great – but the road after the revolution will be longer, the work greater and more arduous.”-Mao Zedong, 1949.

The year 2019 marked the 70th Anniversary of the founding of the People’s Republic of China (PRC). The foundation also marked the end of the Chinese Civil war which started in 1945. The defeat of the Japanese and the victory of the Allies—the Chinese Communist Party and the Kuomintang (the nationalists). The Communist Party under the stalwart Mao Zedong defeated the Chiang Kai-Shek led Kuomintang, eventually leading to their exodus to Taiwan.

After the People’s Republic of China was reinstated, the Chinese started with the state building processes as part of the glorious Revolution, which often acted as an agent of fatality and likewise followed the ‘Cultural Revolution’ and ‘The Great Leap Forward’. However, after the years of Revolutions were over, the 1970s witnessed rapid economic boom and this boom came with the new supreme leader Deng Xiaoping. With this rapidity in economy, China was now entering in the international scenario. The international stage for China brought establishments of diplomatic relations between the United States of America and meantime it replaced Taiwan (Republic of China) as one of the permanent members of the United Nations Security Council. The permanent membership at the UNSC acted as an impetus for China to be an integral shareholder in the international scenario.

The end of the Cold War following the disintegration of the USSR, played an important role for the rise of China in the later years, as the disintegration created a power vacuum. The disappearance of one of the super powers from the international bipolar system which had existed for a persistent amount of time. The Cold War paved the way for a unipolar world, but China stayed put and observed the West. The 2008 Global Economic Crisis paved the way for the Chinese economy to boost, while the major Western economies collapsed.

China’s ambitions glorified in the Xi Jinping era. The grand Chinese world view being inspired by the Expansionist Policy is believed often to be behaving at odds with the globally sanctioned international norms. China’s remains indifferent to the ramifications and this can be clearly witnessed in the ongoing South China Sea dispute between China, the US and major South East Asian countries, border dispute with India, territorial dispute with Japan and Russia, debt trap diplomacy strategy, etc to list a few. The Chinese dream project of the Belt and Road Initiative (BRI) further displaying the rising Chinese might. In 2019, with the outbreak of the global COVID pandemic, the epicentre of which was found in Wuhan, China can be considered as a debacle to China’s rise, given it has led to a possible re-alignment of the ‘World Order’. The world order as it stands today has brought it to the entire world collectively responding against the rising hegemon i.e China.

However, China continues to assert its geo political aspirations because we saw that the country is still engaging with various projects causing tensions for nations as well as between them and China. The European countries in the midst of the global pandemic, which many observes reluctantly as a Bio Warfare strategy used by China to fulfil its further Geo Political aspirations.

Whatever maybe the truth, with the prior tactics used by the  Chinese Communist dispensation in the Great Leap Forward and the Cultural Revolution, the  ongoing human rights violations in Xinjiang province, the deaths of the civilians due to the COVID-19 pandemic within Chinese territory, the mysterious death of one of the doctors who wanted to warn the world of the pandemic, the unruly Chinese response to the WHO’s legitimate investigation of the origin of the Virus, eventually raises concern  in the minds of the awakened International Community about the secrecy of the Chinese state machinery and its diabolical aspirations to become the new ‘Global Hegemon’.