Climate change is affecting agrarian migrant livelihoods in Ghana. This is how 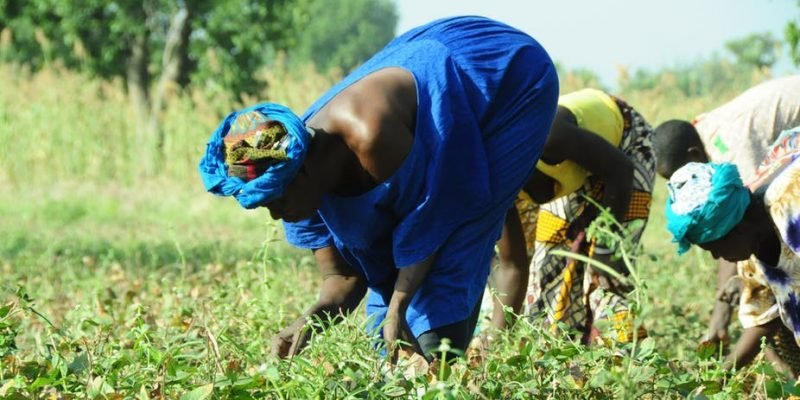 The COVID-19 pandemic has shown how people in parts of the world most affected by climate change are also at higher risk of getting sick and dying of the disease. Access to water and nutritious foods is vital to fighting COVID-19. But in many African countries, access to food and water is deeply influenced by climate change.

The Fifth Assessment Report of the Intergovernmental Panel on climate change shows that climate change will lead to increased sudden and slower changes in environmental conditions. Examples of environmental changes that will happen suddenly include storms, wildfires, floods and earthquakes. The ones that will be slower to set in include declining rainfall volume and duration, droughts, desertification and rising sea levels. This could displace populations. The impact of these climate events will be worse on poor communities in the global south because most of them depend on environmental resources for their livelihoods.

Sub-Saharan Africa will be one of the most affected regions for the following reasons:

Countries need policies that manage the effects of climate change on the poor, including rural people, farmers and migrants. For years, people have been coping with climate change through both internal and international migration. This is not only in Ghana but across sub-Saharan Africa.

In Ghana, migration to rural middle-belt areas in Kintampo, Techiman and Sunyani – also referred to as Brong-Ahafo Region – has been happening for a long time. This is mostly due to the middle-belt’s good farming conditions, including its biannual rainfall season and relatively richer soils. These favourable conditions, the region’s proximity to the northern sector of Ghana and the presence of other migrants encourage farmers from the northern parts of Ghana to move there.

Many farmers from the Upper West Region have used migration to improve their lives and food security. The Upper West Region, whose capital town is Wa, has the highest rates of poverty in Ghana, 70.7% as compared to the national average of 23.4%. Apart from these high rates of poverty, the region also has few employment options other than farming, which compels residents to leave the region. But this coping strategy is changing due to climate change.

Migrants say that climatic conditions are fast changing in the Brong-Ahafo Region (middle-belt) as well.

In interviews and focus group discussions with rural migrant farmers, farmers explained that their premigration hopes of improving their lives in the middle-belt had not been matched by the postmigration realities. These include worsening rainfall and soil conditions. Though this study was completed in 2016, its findings have been collaborated by the first author’s ongoing doctoral research in the middle-belt which shows that these climatic conditions are worsening.

People in the study, a mixed group whose stay in the Brong-Ahafo Region ranged from two to 60 years, said this was due to declining rainfall and poorer soil fertility in the region. This is supported by other studies. Rural migrants added that due to these worsening conditions, their farm produce was decreasing. This was also affecting their ability to remit to their households back in the Upper West Region.

This has been made worse by the rural migrant farmers’ poor social capital. This is because they settle in remote areas and are seen as outsiders. These effects are greater for migrant women in rural areas, because of cultural, economic and social barriers based on gender norms. These affect their ability to use farming resources. So, migrant farming in the Brong-Ahafo Region is no longer as profitable as before.

Most participants stressed that their hopes before migrating did not meet their hopes after migrating, as their lives had hardly improved. One farmer had this to say:

“The lands and rains have changed… Sometimes I’m tempted to believe I’m back in the Upper West Region. I don’t know what is happening. But whatever it is, it must be bad. Because now we can’t run back home and it’s becoming difficult to stay here too.”

Rural migrant farmers’ vulnerability to climate change is also made worse in the Brong-Ahafo Region because most of them lack social support, such as receiving cash (loans) and non-cash (help on the farm and with household work) help from friends, family and neighbours. They don’t have capital to help them in times of need. This is partly due to their migrant and outsider status.

Moreover, because most migrants are poor, they often have to settle in remote locations in Brong-Ahafo Region. Many of these locations are dispersed and lack social amenities.

What’s to be done?

Our study shows the vulnerability of rural migrant farmers to climate change. It also shows the need for immediate and inclusive policies that address the needs of rural farmers in migration origins and destinations. Agrarian migrants are vulnerable as they experience climate change effects as a starting and end point.