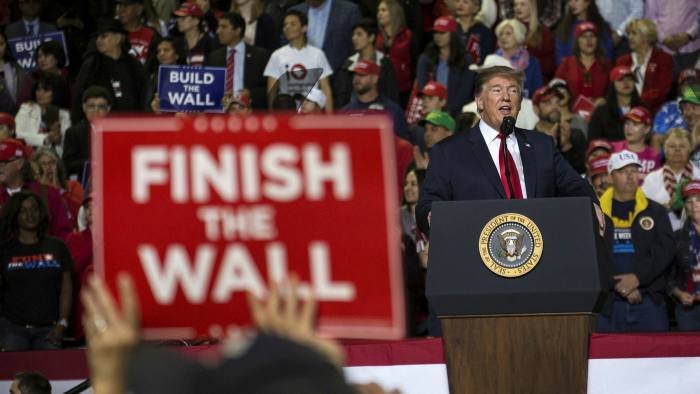 President Joe Biden has recently taken a step to roll back the immigration policies started under the Trump administration. The U.S. government will begin to process asylum seekers by 19th February, who are forced to wait in Mexico under the controversial programmes, Migrant Protection Protocols and Title 42 kicked off by the former U.S. President Donald Trump. The U.S.-Mexico border is a pressing challenge for the Biden administration and this move can be seen as a part of a broader agenda of ending the MPP and other Trump’s most restrictive and hard-line immigration policies but this effort has been complicated by the ongoing COVID 19 pandemic and the growing concerns over illegal immigration.

The Trump administration implemented series of policies that made the U.S. asylum system secured and made it more exceedingly difficult for the migrants to claim asylum at the border. Migrant Protection Protocols also informally known as “remain in Mexico”, a policy launched in 2019 under the Trump administration to pause the ability to seek asylum in U.S. as Trump and his officials depicted it as rife with fraud and meritless claims.

Since the last two years, this policy has forced more than 65,000 non-Mexican asylum seekers back across the border to wait in Mexico for their U.S. court hearings because of which many of them have to wait for months in deplorable conditions and under threat of kidnapping, assault and extortion. Other than the MPP, Title 42 is also an order passed during the COVID-19 by the Trump administration, under this policy the U.S. authorities have the right to rapidly expel the migrants back to Mexico who are caught crossing the border illegally in order to avoid the spread of Coronavirus. But this policy can be seen as using a guise of public health to undermine legal protections for asylum seekers.

The reversal of hard-line immigration policies

But at the same time, top Biden officials have also cautioned the migrants that these steps do not mean that the U.S. border is open and they should not attempt to enter the United States. Secretary of State Antony Blinken assured that the U.S. is committed to extending legal pathways for protection and opportunity to asylum seekers but at the same he reiterated “The United States is a country with borders and laws that must be enforced.” White House press secretary Jen Psaki also warned those who are planning to come to the U.S. will be largely turned away and clearly stated that “Now is not the time to come” due to the ongoing pandemic and the efforts to situate a comprehensive process in place which will not happen immediately but will require enough time to implement.

There has been a sharp increase in the number of people crossing the border due to the rising instability in their home countries, worsened by the Coronavirus pandemic and perceptions of instant shifts in U.S. immigration policies this has led to a surge on the Southern border of the United States. Even though there is an increase in the number of migrants at the border, it has become very difficult to assess the scope of increasing immigrants due to the high recidivism rate as individuals caught illegally crossing the US-Mexico border are usually expelled out of the US with little consequences. Thus, single adults form the majority to cross borders multiple time and they are mostly from Mexico. The Republicans who embraced Trump’s hard-line immigration policies are now criticising President Biden’s move to end MPP. If the illegal immigration rate increases, this will be used as fuel for a political attack on the Biden administration.

Latin American countries are the largest source of U.S. immigrants both documented and undocumented. Latin American countries have been deeply affected by the ongoing pandemic and the economic fall down which has exacerbated the income inequality and poverty in the region. This can be a significant reason for the increasing number of asylum seekers. Along with reversing the “remain in Mexico” policy, President Biden also signed an executive order to end the wall construction at the Mexico border and also committed to investing in Latin America to address the root cause of the increasing migration rate.

In the initial days of Biden administration, Mexican President Andres Manuel Lopez Obrador welcomed the decision to cancel the construction of a border wall separating U.S.-Mexico and he also welcomed President Biden’s proposal to set up a visa system for Mexican and Central American migrants. He even asked the U.S. to join his government’s initiative of “cooperation for development” which aims to reduce the migration rate by focusing on poverty, the main reason that drives would-be migrants to seek a better life abroad. He also asked the U.S. to establish a channel for the legal entry of migrants as the United States requires the workforce of Mexico and Central America. Even though the relations between the U.S. and Mexico are improving as compared to the Trump era, Immigration issues will be a potential challenge for the bilateral relationship between the two.

Providing asylum to 25,000 in first phase

The Department of Homeland Security has started processing people who have been forced to remain in Mexico under the Migrant Protection Protocols (MPP) and according to their finding, approximately 25,000 individuals under MPP continue to have active cases. The Biden administration will be working to process about 25,000 migrants with active claims in the program. His administration has already suspended new entries into the MPP program when he took office on January 20th but could not immediately put forward a plan to bring those already in a program into the U.S. as they needed more time to build up the capacity to hold more asylum seekers.

Eliminating Trump’s policies, the Biden administration has begun processing individuals who were subject to the policies. The programme targets to allow tens of thousands of asylum seekers waiting in Mexico for their next immigration court hearing to be allowed in a phase-wise manner from 19th February to restore safe and orderly processing at the Southwest border. Under this plan, migrants need to register themselves with international organizations, which are set up in cooperation with the government of Mexico to build a virtual platform so that individuals who are spread out geographically can register in the programme remotely. International Organization will test the migrants for COVID 19 while they are in Mexico. The new programme will also increase the processing, 300 people will be processed per day at the border points.

However, the DHS has also stated clearly that these moves should not be interpreted as an opening for people to migrate irregularly to the United States and due to the current pandemic, restriction at the borders remain in place and will be continued. The series of warning are continuing due to the spreading of misinformation along the US-Mexico border, the growing misperception due to policy changes and the high expectations from the Biden administration that it will immediately regularise all migrants. Mexican President Andres Manuel Lopez Obrador has also tried to give some clarity to the migrants by telling them that not everyone can go to the United States and will be regularized.