What Next for Hongkonger Activism? 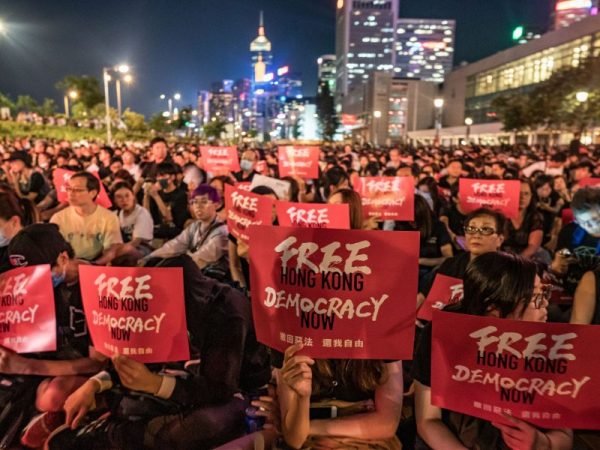 With the arrest of more than 50 Hong Kong democracy activists in Hong Kong under the infamous national security law, the topic for discussion proved not only topical but timely. 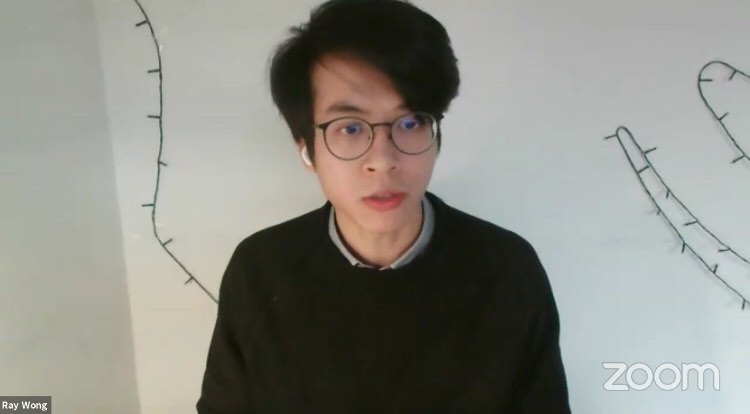 Ray Wong, who founded the political group Hong Kong “Indigenous”, spoke about his activism efforts in Germany. He fled Hong Kong after the government there charged him with rioting, following a protest organised by his group and was subsequently granted asylum by Germany in 2018, where he is currently based. Realising the German people’s lack of awareness about the real situation inside Hong Kong, he started his activism by lobbying the parliamentarians, civil society groups and the general public. He spoke about the heavy dependence of the German economy, especially the automobile industry, on the Chinese market, which makes Germany reluctant to challenge China. 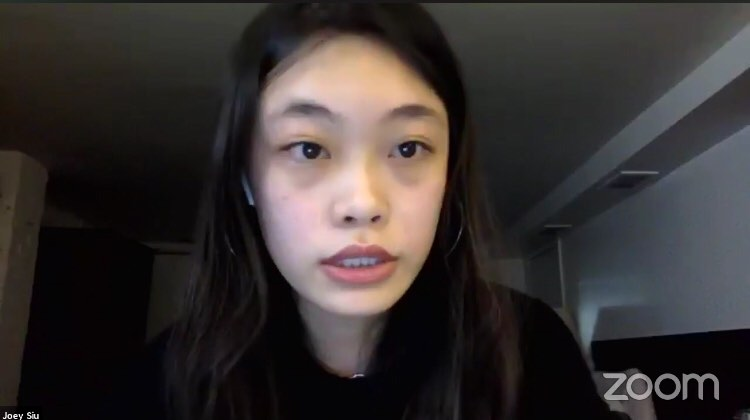 Joey Siu, a student activist based in Washington DC, USA, spoke about short term goals for Hong Kong activists and mentioned the need for “global lifeboat scheme” to provide safe sanctuary for those fleeing from Hong Kong. She said there should be sanctions against Chinese officials responsible for the purge in Hong Kong. She also said Hong Kong activists in the diaspora should plan and strategise at grassroot levels in their respective countries in advocating for the Hong Kong cause, giving due consideration to local sensitivities and interests.

Regarding the future of Hong Kong Democracy Movement in the wake of  imposition of National Security laws, Joey Siu said she feels that Hong Kong district councillors are trying their very best to build strong, down-to-earth and much-needed connections with everyday Hong Kongers, most of whom are on the pro-Beijing side. She advocates strong connections between the activists, public and district councillors to sustain the democracy movement there.

As far as Hong Kongers in exile are concerned, she called for the development of diaspora politics, and continuation of international advocacy and activism to sustain Hong Kong’s pro-democracy movement. She advocated for those in exile to try to integrate into their local communities and work at grassroot activism while preserving Hong Kong’s unique identity intact. 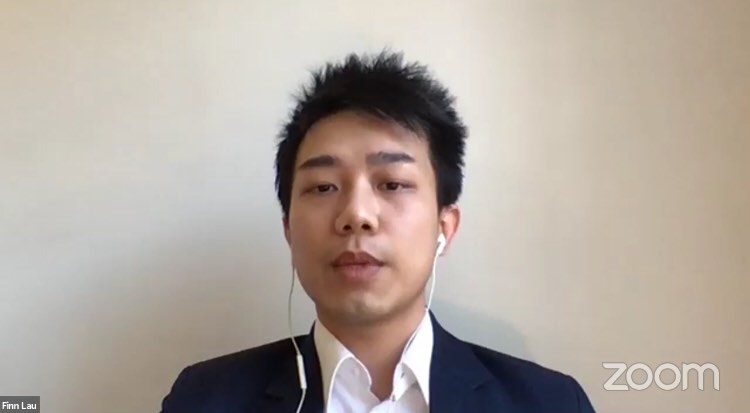 Finn Lau, founder of Hong Kong Liberty Team, and in exile in London, proposed the ideology of lam chau 揽炒/攬炒 which he said could be translated literally translates as “we burn, you burn with us”. It is frequently used by Hong Kong protestors as a rebellious slogan. Explaining that this ideology steered the Hong Kong democracy movement in 2019 & 2020, he summed the Hong Kongers determination as follows: “We have come to terms with the idea that if our own demise is the only way to take down CCP, then we are up for it.”

According to Finn Lau, the best strategy for Hong Kongers to achieve Hong Kong liberty especially in this difficult period, keeping the interest of the international community in mind, is to reduce CCP’s economic bargaining power through global economic sanctions. He further stressed the importance for democracies to avoid an over reliance on a single market. He suggested that the UK government may consider pursuing de-coupling as a counter check to CCP. He also called for UK legislation, along the lines of US regulations, that restricts investors from financing communist Chinese military companies.

Reacting to the recently agreed investment deal between the EU and China, which he termed “more than regrettable”, Finn Lau said that the EU leaders have chosen to “continue to feed the crocodile” paraphrasing Winston Churchill’s words.

Pointing to China’s purge in Hong Kong and its breach of the Sino-UK Joint Declaration, Lau said “Beijing always takes advantage of international treaties and would never fully abide by the terms of any deals.”

Following their individual remarks, the moderator Gray Sergeant, Research Fellow in the Asia Studies Centre at the HJS, interacted with the panelists by incorporating questions put forward by the audience. Overall the panelists spoke with passion, conviction and determination to continue their activism for Hong Kong, which they hold very dear to their hearts.

“I don’t think we are fighting a losing battle because when we compare the current political climate around the world, in the past it was engagement policy that dominated the political landscape but right now we are seeing a shifting of that paradigm, which gives us hope,” said Finn Lau, which pretty much summed up their mood, despite the gloomy news from Hong Kong.

Tenzin Kunga is a London-based freelance researcher focussing on UK-Tibet-China geopolitics. He is the Research Assistant to the Editor of Asian Affairs magazine. Born and raised in India, he speaks fluent Hindi, Tamil and Kannada.