The Fate of Trump’s Presidency: US Lawmakers, Pelosi Move For An Immediate Removal 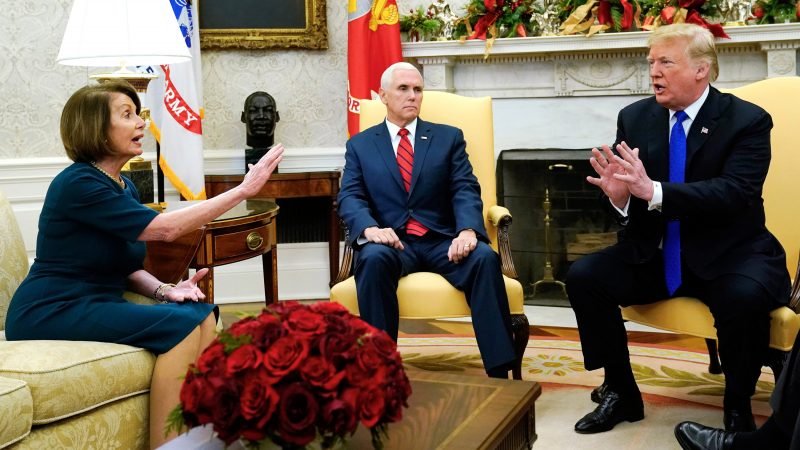 As the American citizens deal with the aftermath of the US Capitol attacks last week, Lawmakers proceed with legislation to remove Trump from his presidency 10 days before the new President Joe Biden is sworn in. In a historic attempt to impeach an American President twice in his tenure, The House is set to take up a resolution vote after urging Vice President Mike Pence to invoke the 25th Amendment that gives him the power to remove Trump from office.

Democratic House Speaker Nancy Pelosi in her letter to her colleagues called for an ultimatum to VP Mike Pence on Monday and if not heeded then The House would take the decision to remove Trump. “In protecting our Constitution and our Democracy, we will act with urgency, because this President represents an imminent threat to both,” she said, and added, “The horror of the ongoing assault on our democracy perpetrated by this President is intensified and so is the immediate need for action.”

Under rules when the full House is not convened, any objection would reject the resolution. So, on Tuesday Pelosi is set to put forth the resolution to the full house and if passed, Mike Pence and the Cabinet gets 24 hours to respond to the impeachment. The move is not expected to pass smoothly with backlash from the Republican leaders but with the majority vote on their side, Pelosi considers impeachment an absolute eventuality. Some Republican leaders previously in support of Trump have expressed their disdain and Lisa Murkowski became the first Republican US senator to say Trump should resign immediately. However, Republican House Leader Kevin McCarthy believes that it would only further compound divisions within the United States.  He told House Republicans on Monday that President Donald Trump bears some blame for last week’s deadly Capitol riots and has accepted some responsibility, according to four Republican sources on a private call. Although the minority leaders still reject the impeachment.

It is still unclear as to whether Mike Pence will go ahead with exercising his 25the Amendment right as he has apparently not spoken to the President since the incident. It is highly likely that the vote would take place in the House as Pence remains mum on his stance. The House Rules committee will set the parameters for debate and vote on the House floor which could happen as soon as Wednesday or Thursday. With a strong support of Democratic majority in the chambers (221-211) the motion is likely to pass.

Even if Trump shifts to pardon himself, an impeachment would put him on trial with the Senate.  The Senate is required to consider impeachment charges as soon as they get them from the House, but it is not due to return until January 19. The timing of it poses a grave issue as the move to acquit is likely to happen during the first week of Biden’s Presidency. This would distract him from his other priorities like dealing with the covid-19 pandemic and ongoing recession. A prolonged impeachment could however avoid this situation and if voted to convict, Trump will not be allowed to hold a public office in the future.

With 5 dead including a police officer, the rampage at the Capitol was in response to Trump’s speech condemning the new President-elect for election fraud. Officials have opened at least 25 domestic terrorism investigations into the assault and are on the lookout for perpetrators of this attack.