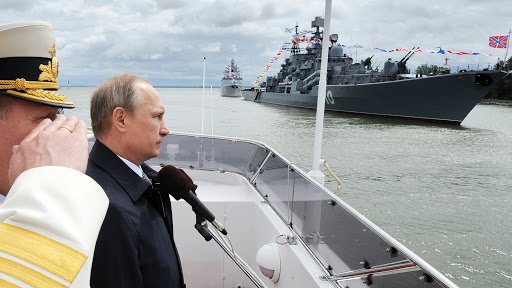 The Russian navy said on Thursday it would take part in drills involving more than 30 countries off the coast of Pakistan, the first time in a decade that its vessels have taken part in exercises alongside NATO ships.

The AMAN-2021 anti-piracy drills are set to be held in waters near Karachi in February 2021 and will involve British, U.S., Turkish, Chinese, Japanese and other forces, the Russian defence ministry said in a statement.

Russia plans to send a frigate, a patrol ship, a tugboat, a sea-based helicopter and some other units, it said on its website.

Russian and NATO navy vessels last took part in drills together at the NATO-led Bold Monarch exercises in 2011 off the coast of Spain, it was quoted by the TASS news agency as saying.

Ties between Russia and the West are languishing at post-Cold War lows, strained by everything from Russia’s 2014 annexation of Ukraine’s Crimea to allegations of hacking U.S. elections and Syria.