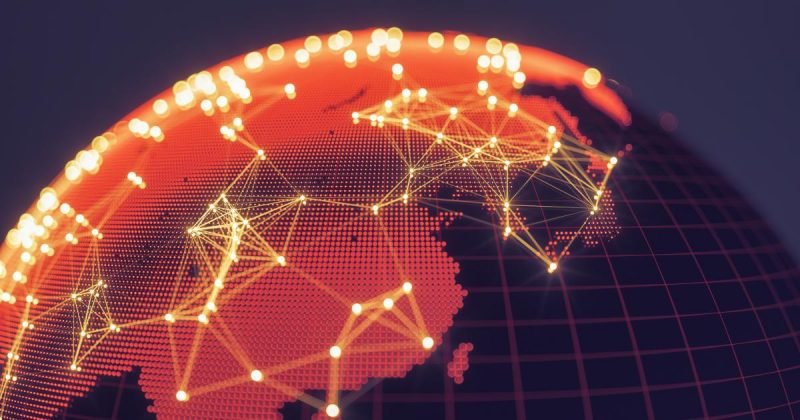 “People have the right to seek, receive and impart information and ideas through any media and regardless of frontiers.” This statement of the Universal Declaration of Human Rights, drafted in 1948 stills holds true.

The age of globalization brought with it the innovation of internet which, today, stands to be divided paving way for splinternet. Splinternet, in simple terms, could be explained as breaking off the internet into various regional intranet networks, each adhering to the set of laws governed by its respective countries.

With internet becoming splintered, access to information is getting curbed, public channels of communication are getting regulated and populations risk the chance of being isolated. The digital boundaries are threatening the liberal global order, causing a disruption of the democratic systems and leading to prevalence of authoritarianism across the nations.

The balkanization of the internet into various government-conformed realities, threaten the openness and global reach which form the very foundations of the internet innovation. The reality of splinternet was predicted as early as 2008 by a number of technology bloggers.

This long predicted arrival of splinternet is more than over and this progress is accelerated due to a number of decisions, recently, taken by the Trump Administration. Under its ‘Clean Network Program’, American government has taken the stand to ban all Chinese apps from the American app stores. This, also, includes not allowing the American technology companies from storing data on Chinese – owned cloud services. Apps like TikTok and WeChat are being viewed as “significant threats to personal data of American citizens, not to mention tools of CCP content and censorship”.

In 2016, the Chinese Great Firewall was a symbol of trade barrier to the American authorities. China’s ‘Great Firewall System’ is widely known for having created a separate internet reality for its citizens, with no foreign interference and strict censorship rules. However, the set of recent digital restrictions imposed by the American government tread the same path as the Chinese and Russian governments have embarked on.

It has been predicted by the former Google CEO Eric Schmidt that the emergence of splinternet shall be in the form of initial ‘bifurcated’ internet, led by China and America in two different directions. It could lead to other countries, too, be divided into allies of respective countries and form two different blocs, much like the Cold War times. Mike Pompeo, US Secretary of State, has made such an alliance clear by stating that that US allies are being urged to secure their data from “CCP surveillance”.

The recent ban issued on TikTok and WeChat, soon after the attacks on Huawei 5G network, has escalated the growing differences between USA and China since the trade war. Citing national security reasons regarding data breach, the Trump administration has been amounting technological attacks on China.

Many countries are increasingly resorting to controlling the internet as well as the spread of information and in turn isolating their populations. The blockage of services or certain apps in the name of regulation of online content is quite prevalent in countries like Saudi Arabia, Iran and Turkey. India banning TikTok and other Chinese apps in the wake of an Indo-China border conflict is a testament of technology becoming the new battleground for manifesting emerging geopolitical realities. This expanding curb on the internet is being witnessed across the world. India, Ethiopia and Belarus have been a victim of internet shutdowns and cellular connectivity network cut offs in the recent past.

Cuban, Turkish and Iranian governments have been advocating for information sovereignty, wherein western internet service providers can be replaced with easy to ‘manoeuvre’  domestic companies. According to a study in 2017, Yemen, Saudi Arabia and Syria have been found to practise “substantial politically motivated filtering”.

The spread of this increased control on internet is endangering the very future of the concept of “world” wide web. This is evident in the form of trivial yet important developments such as digital content on BBC’s iPlayer has been increasingly differing for English and German citizens. Also, South Korea is employing filters to block out North Korean news agencies from the country. The spread of this dangerous trend beyond the realm of authoritarian regimes has become a cause of worry in the present times.

As early as in 2012, Iran had ruled the launch of a national internet in the wake of Parliamentary elections, after the much disputed 2009 Presidential elections, wherein bloggers took to social media to post anti-government content and boycott voting. This threat of withdrawal from the global internet was accompanied by a strict regulation on the usage of internet at cybercafes demanding personal information and browsing history of the users to be recorded. Huawei, the Chinese Telecom company had been accused of providing Iran with instruments and tools of censorship.

One of the many reasons stated for the proposal of intranet in the country was to safeguard Iran’s military, banking and other sensitive data from foreign interference, as it would require users to gain permission to access websites in the country and vice versa. This comes in light after the malware, Stuxnet which wrecked damage on Iran’s nuclear facilities. However, the intranet also serves to control the activities of the online communities and give a push to the government agenda of halal internet (content appropriate to Islamic values).

It is important to note that during such times America was the one which encouraged the expansion of global internet communications through its ‘shadow’ internet project, particularly in countries with strict laws against freedom of expression.

Global technology companies like Apple and Google have been adhering to government imposed internet regulations rather than ‘strongly’ advocating for a neutral, free and global internet. The search engine project named Dragonfly, initiated by Google in accordance to the Chinese internet regulations, (presently stands terminated) is one such example which actively blocked the content for “sensitive public queries”. This comes after Google closed down all its functions in the country in 2010, as it became impossible to operate in its global form under the strict Chinese regulations.

Between 2018-2019, Apple has removed 851 apps from its App Stores in countries like China, Russia, Saudi Arabia, Norway and India, after legal requests were made by their respective governments. A glance at the Apple transparency reports shows that over 15 countries had requested the removal of as many as 1,311 apps for violation of domestic laws. China has been leading in issuing takedown requests between the year 2018-2019 and amounting to removal of 85% of apps from the App Store. It is important to note that Google owned Play Store is not even available in the country. The removal of the apps have taken place on the account of violations in the name of gambling, pornography and others.

The imposition of the national security law, a clone of the Great Firewall, in Hong Kong by the Chinese authorities has put the technology companies in a fix. Many of them have halted their co-operation with the local authorities in relation to complying with users’ data requests.

An increase in control of digital outreach has been amounting to what can be labelled as ‘digital authoritarianism’. Such blanket censorship over platforms for any valid legal, national security reasons without an opportunity for rebuttal or challenge, begets the question, where are the world nations heading, by limiting the scope of public communication?

Furthermore, the splinternet edges on the beginnings of a potential deglobalization, which shall be adverse for the global workings of multi-national corporations. It would launch a direct attack on the vital pillars of these companies involving “technology, global recruitment and finance”. Deglobalization will effectively rupture the global supply chain, and affect the competitive edge gained by companies by employing the most cost-effective method during the production process. This shall raise the cost, as also, reduce the efficiency of the services.

The complications of operating in opposing technological markets, led by different countries, shall be heavily borne by the MNCs, “each with their own regulatory and operating standards”. This has been evident from the legal issues surrounding the debate on data privacy, differently addressed by nations across the world. In the West, governments and companies have been supportive of individual freedom and privacy. But the same cannot be stated for China, which operates in a much more regulated digital environment. This excessive internet regulation, censorship and surveillance has provided the Chinese with ample opportunities to develop newer technologies with increased access to users’ data. It has, also, enabled them to harness the potential of the giant trio of internet companies – BAT (Baidu, Alibaba, Tencent). This tussle between West originated global and homegrown tech companies is only to grow in the near future.

The power and outreach of international organizations, too, shall witness a setback owing to the growing nationalism of the governments in the form of curbing of the internet. This splitting of the internet is playing against the global potential to find solutions to common world crises such as the coronavirus pandemic, battling poverty, manmade and environment disasters, climate change.

The splinternet has turned into “a larger and disturbing trend where governments directly interfere with the internet, attempting to score short-term political points, without regard for the long-term damage that this can cause”.

Free and open internet, too, has its own flaws ranging from increased cyber-attacks to foreign interference in the domestic issues as well as manipulation of free and fair elections. However, is splinternet the only solution to prevent this growing menace?

The splinternet is still in its formative stages, much awaits to be witnessed with no definite outcome in assessment. But, if anything can be stated, is that, the emergence of splinternet is a step in the direction of destroying the dream of a universally accessible shared information network.

Tech leaders have long predicted a ‘splinternet’ future where the web is divided between the US and China. Trump might make it a reality.

A splinternet will take us in the wrong direction

Iran clamps down on internet use

The Splinternet is already here

Trump’s ban of Chinese apps has lots of precedent in other countries, and Apple and Google comply

Splinter-net? Is the internet fracturing along geopolitical lines?