Impact of US Presidential Debates 2020 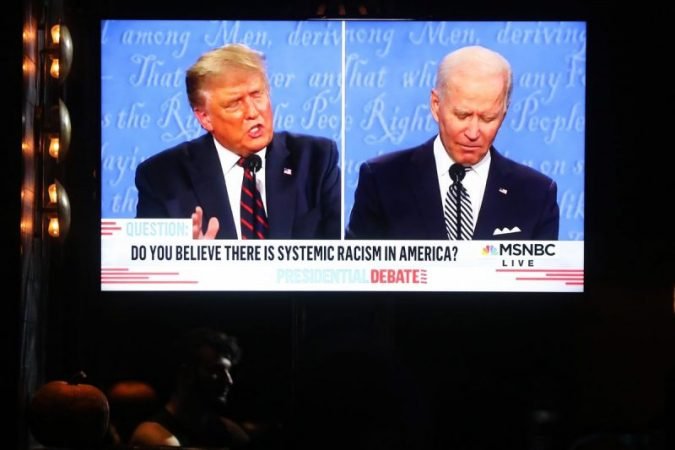 The US Presidential debates have been a recent trend in American Politics. The idea of TV debates was envisioned by Fred Khan back in 1956 when he was a college student. He started a campaign to see the two presidential candidates face off on the campus of Maryland University. This idea got huge student support and Khan’s advocacy paid off with Nixon and Kennedy appearing on live TV for debates the following elections. Thereafter, presidential debates became a part of every election. The Commission on Presidential Debates (CPD) was set up to decide on the rules of the debate.

The first of the three presidential debates was held on 29th September, 2020, which saw President Trump and Democratic candidate Joe Biden lock horns. The debate included conversations on race, COVID-19 and climate change. The highlight of the debate had to be the President constantly interjecting while Biden spoke, so much so that the moderator Chris Wallace of Fox News had to request the President to not interject. The interjections got too irritating for Biden, who lashed out at Trump at a point and said “Will you shut up, man?”

Biden referred to President Trump as a ‘liar’ and a ‘clown’ during the debate. When it came to the topic of the pandemic, Biden mentioned that President Trump needed to get ‘smart’ and stop more people from dying from corona virus. Trump interjected again and asked Biden to never use the word ‘smart’ because there is nothing smart about Biden, who the President claims to have been the lowest of his graduation class and has achieved nothing in his 47 years of political career.

On the topic of federal income taxes, Trump mentioned that he paid ‘millions’ in federal taxes, whereas a New York Times investigative report claimed Trump to have paid only $750 in 2016 and 2017. Trump dismissed this report as fake. Biden attacked the President of taking advantage of the tax code and asked him to show his tax returns.

Trump and Biden also disagreed on Judge Amy Coney Barrett’s Supreme Court nomination Biden claimed that Trump’s nominee would end health coverage for millions of Americans. Biden highlighted the fact that the President wanted to get rid of the Affordable Care Act, which would essentially strip 20 million people from having health insurance.

The biggest takeaway from the first presidential debate was that President Trump refusing to condemn the white supremacists. He said he was willing to but immediately moved the blame on to the left wing. He said he sees everything coming from the left wing and this is not a right wing problem. He even called out Antifa, which Biden responded to saying that it’s not even an organization.

Trump attacked Biden’s son Hunter over alleged business dealings in Ukraine and China during the time when Biden was the Vice President. These allegations were denied by Biden. Basing on a recent comment by Trump on soldiers where he called them ‘losers’, Biden brought up his late son Beau Biden and asserted that he was a patriot, and not a loser.

It has been around a week since the debates were held and we see former Vice President and Presidential candidate Joe Biden enjoying a national lead over President Trump, with an increase in 14% points since the race started. The feeling was that Biden performed better than Trump in the first debate. Trump’s performance in the debate was an apt representation of his three and a half years as President.

The Vice Presidential debate between Democratic candidate Kamala Harris and Vice President Mike Pence was much more civil. Harris had a strong start and basically summarized the Democratic plan for the election campaigns – attack the Trump administration on its failure to handle the corona virus pandemic. She blamed the government for hiding the truth and not having a clear path to deal with the pandemic, even at this very moment. She claimed that the government has “forfeited their right to re-election.” As a response, Pence said that the Democratic plan to deal with the pandemic looked plagiarized, which is something that Biden is familiar with.

This election is not about the specifics. It is about a choice between competing visions. It is about a choice between competence and incompetence that can make or break the nation in the next four years. The pandemic is far from over; there are no signs of humans having control over the virus. It is up to the government in power to bring out effective preventive policies that can stop more people from getting infected by the virus. Therefore, it matters who heads the government. President Trump has repeatedly downplayed the importance of masks and never urged the public to take the necessary precautions. As fate would have it, unfortunately, the President himself got infected by the virus recently, just after the first presidential debate of 2020.

Democratic candidate Biden has a chance to capitalize in arenas where his predecessor Hilary Clinton failed to make dents. Trump was a newcomer, an outsider, the unknown in the 2016 elections who gave people hope against the technocrats. However, four years down the line with the world battling the biggest pandemic of the century, President Trump has highlighted his incompetence as a non-technocrat. The economy is on the downslide, racial violence is on the rise, and there are no effective policies in place to fight the pandemic. Sooner than later the American public would surely realize the need for an experienced leader like Biden.

It is unlikely that the remaining two Presidential debates for 2020 would be any different; however, it still would have had a significant impact on voter impressions. Unfortunately, the second US Presidential debate scheduled to be held on October 15th, 2020 has been cancelled in light of President Trump being infected by the coronavirus. This is an interesting turning point – will the US public look at this as a representation of the ineffectiveness or is this an opportunity for Trump to gain sympathy votes?