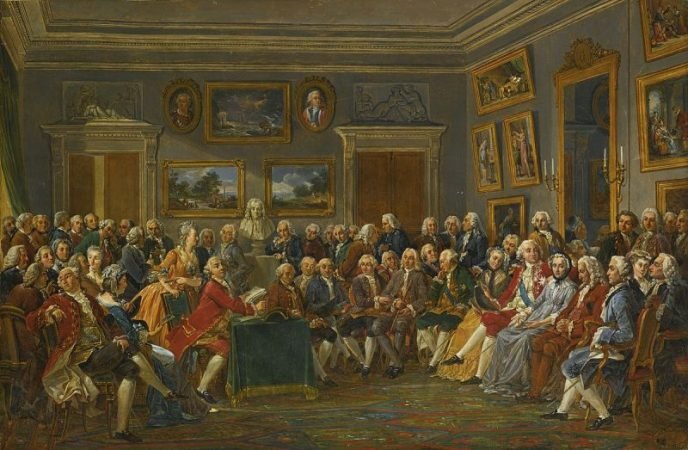 Amidst the 17th century crisis that Europe was facing there was the emergence of the intellectual writings which meant to challenge the age-old thoughts and traditions. The whole gamut of inklings began to flow from the philosopher’s critique of the traditional order of the society and their strong emphasis on the reason and rationality. There was clearly a shift in how people started perceiving the world in the 17th century as they now got the legitimacy of discarding the belief on superstition and super-natural forces and accepting the bright light of reason. Europe witnessed the scientific revolution which brought into vanguard that everything can be reduced to the scientific deduction and have a reason to be justified on various grounds. The scientific revolution can be credited for the rational investigation aiming to see if the old ideas can still be held valuable through the method of scientific testing. Reason came to be seen as the natural law which regulates human action.

The age of enlightenment was placed by the historians between the late 17th and the early 18th century. The central notion of the Enlightenment was the escapade of reason through which the humans understand the universe and can strive for improving their condition. Knowledge, freedom, and happiness were considered to be the objective of rational humanity.

How does enlightenment ideology give birth to itself?  The origin of enlightenment has multiple casual factors but it can be reduced to some major reasons for the “modern human” to understand it including the scientific revolution which used the empirical and scientific method to unearth the truth, Renaissance humanism which brought into forefront the classical literature study, and the protestant reformation which aimed at reforming the religious sphere and stood as a challenge to the catholic church and it’s dogmatic practices. Most of the prominent enlightenment thinkers included Montesquieu, Voltaire, Rousseau, Diderot, Condorcet, David Hume, Adam Smith, Immanuel Kant, Thomas Jefferson among many others. These thinkers questioned the existing way of life and came up with some explanations based on rational logic.

Montesquieu idea was primarily concerned with the separation of power within the government into legislative, executive, and judiciary. This separation will lead to equal but different powers which will avoid the power being centralized in one hand or with the group of individuals. His spirit of laws were aimed at creating a democratic institution in modern society where a check can be kept on the functioning of the government. Voltaire walked on the pathway created by the other philosophers like John Locke and Francis Bacon and endorsed the ideas of freedom of religion, expression, separation of church and state, and liberal society with no restrictions on the trade and commerce. Voltaire in his works strongly recommended the efficacy of reason towards the social progression which neither politics nor religion can guarantee and reason by all stood as the epitome of the rational individual. Jean-Jacques Rousseau brought with him the ideal of General will through which direct democracy was called upon where everyone voted and expressed their general will and make significant participation in the formation of laws. Rousseau is well appreciated for his argument in the social contract that “All men are born free, yet everywhere in chains.” With the Adam Smith work “wealth of nations” published, it began the era for end of mercantilism and the notions of Lassiez-Faire economy dissipated which was necessary for the building of specialized, efficient, profitable, and effective system of production for the nations. The free trade would ensure moving away from the imperfect market system and the INVISIBLE HAND (Demand-Supply Process) came to lay the foundation of the modern economy moving away from the government-regulated economy. The enlightened thinkers concentrated on a rational way of living life, individualism, scientific thinking, and deism (the belief that God existed on the basis of reason and nature with the rejection of the supernatural power)

Immanuel Kant in his work answers the question “What is Enlightenment?” which can be used to trace what did reason signified for him. He says that enlightenment is the emergence of man from self-incurred immaturity and further argues that immaturity is inflicted upon oneself not from the lack of understanding rather it is due to the lack of courage to use one’s own reason, intellect and wisdom without any guidance from other. His text reverberates that instead of relying blindfolded on the “guiding institutions” one should use one’s own wisdom and knowledge and act mature.

The enlightenment philosophy can’t be seen as a stagnant whole which aims to change the world by using the weapon of reason and can be critiqued on several grounds. Much exploitation and oppression took the guise under the reason. Pseudoscientific “reason” has been used to justify the forms of structural inequality ranging from racism to class system to sexism and whatnot. Science and reason were such ingrained in the society that everything and everyone was aiming to attack the imperfection and work toward the perfect development of the society.  Revolutions like the French and American Revolution were seen as the direct result of the enlightened ideology as people were challenging the existing power and traditional order of society. Americans rallying cry for liberty can be seen implemented in the American war for independence aimed at securing independence from Britain control. In France, people rose together in power to challenge the autocratic power and expressed themselves through the general will. Much of the critiques of the French revolution said that when people controlled the power in their hand they were more or less resembling the absolutist tendency which can be seen during the Reign of Terror. With the coming of the Napoleon Bonaparte, there was much more centralisation only difference was that now the monarchy came to be justified its establishment under the garb of the general will.

One of the most misogynistic strands of thought came from the enlightened thinkers who believed that the women were deceitful, liars, driven by the sexual desires and know how to seduce men. Rousseau among many others critiqued women’s participation in the public sphere owing to the concept of the world for men and home for women. The enlightened thinker’s associated women with nature which need to be protected and nurtured. In all these women were thought as less rational than men and their dependence on the men was justified through this.

The age of reason has long been commemorated for the path-breaking works that philosophers gave to the world but can not be acknowledged in its entirety and need to be questioned on several floors before answering what good it brought to the humanity and society with the rational outlook. What is pivotal for us today is to see how enlightenment has influenced the political, religious, and societal functions in the contemporary world. The age of reason came with the logic of justifying everything but it has been used time and again to justify the most irrational way of thoughts and created the tensions within the society which always aims towards attaining perfection in its deeds. Before accepting the ideals and notions the contextual location needs to be understood as this implies on which strand of thought we stand today and build ourselves for the future prospects.