South China Sea: A dispute that got India to rethink its foreign policy 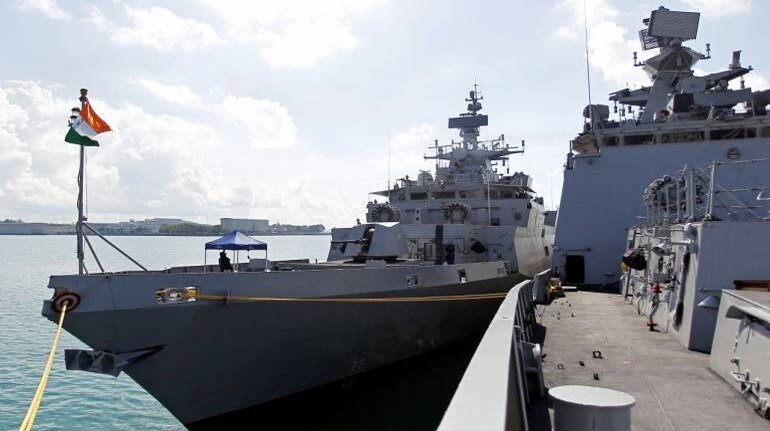 One of the most controversial geographical areas today with frequent border disputes, trade wars and rising military presence in the South China Sea. This 3.5 km square area in the Western Pacific Ocean has been an area of crucial importance because a substantial control over the area gives an edge over multi-faceted trade prospects, economic dominance and serves as a tremendously rich reserve house for oil beds natural gas reserves. The territorial disputes in the region have always existed since the end of World War 2 but has only intensified in recent years. Tensions in the area have steadily increased with heavy militarisation and the presence of Chinese as well as western troops in the region to maintain the status quo. But lately, with the Chinese aggression in the Asia Pacific region with its outlandish border claims, it has further politicised the region to an extent that any country today, which is in sour terms with the homeland countries situated around the South China Sea is made to suffer economically with frequent blockades of their cargo and the export-import activities of essential goods. But amidst all this chaos in the region, where does India stand?

China, Indonesia, Malaysia, Vietnam, Brunei and Philippines have been involved in this dispute, which mainly pertains to maritime claims in the region. While China almost claims the entire region as its own territorial waters, the other countries have claimed a few extended nautical miles of the international waters to it.  The main reason for such a high pitched contention there is primarily because of the abundance of natural resources, especially the oil reserves that are present there. For all these tiny island countries in the region, such availability of oil reserves on its own land would make it economically much less dependent on oil imports and hence can fuel its own economic growth. But as far as China is concerned, it never lets go of a place even if that particular territory has nothing much to uniquely offer but might put other countries at a disadvantage. The place, even today has a heavy deployment of US troops to ensure security to countries like Singapore, Malaysia, South Korea and the Philippines. Because of this sense of protection, economic prosperity on the part of these nations was flexible and free from any military threats, mainly from China. But now, Chinese aggression in the region has only come about with its ambition of controlling one of the biggest supply chain routes of the world and use it to get its way for other issues. With China now having the largest possible military in the world, such a dispute might leave the tiny countries in the region heavily disadvantaged militarily, ultimately disturbing the balance of power and peace in the region. Poor stability in the region is not a good sign for India as well simply because of its trade dependence in the region.

India and the South China Sea

India early on had sensed the importance of the region which supports around 3 trillion dollars worth of trade every year. It was a simple geoeconomic calculation undertaken after its Independence to keep its trade activities stay alive and to let it function smoothly. History is a witness where Indian trade activities since the 1500s including the export of spices, handicrafts as well as handloom textiles since time immemorial have made the area of South China sea one of the busiest waterways in the world. India, just like the western world had always maintained an apolitical stand regarding the active disputes in the region and through its non-alignment policy, never took sides as well. But this has been changing steadfast once the Modi Government settled in, where a “Look East” policy was put in place to assert its stand on peace in the region and immediate resolution to the disputes. India even today has huge energy and trade interests in the region and now that the Chinese presence is biting it on every front, a smooth movement of its goods is somewhat in danger. India is at loggerheads with China on various fronts, the most recent being the intensified border dispute. But deteriorating bilateral escalation is still a conceivable threat because it concerns only one other nation. But for a region like the South China Sea, which involves multiple stakeholders, a sudden shift in foreign policy is not very feasible. India has a humongous trade volume of about 200 billion dollars with other ASEAN countries including Vietnam, Taiwan, Singapore, Indonesia and the Philippines. A free navigation system, sovereign security and trade opportunities together puddle up as a huge opportunity cost to stand up against China in that very region.

It cannot be denied that there is a serious military and security threat lingering around India and the safety of its citizens is of utmost importance. India has also lately deployed its warships in the South China Sea to better track the Chinese developments and possible threats to India in the region. This was done in collaboration with the American counterparts, irking China on the way. China, which has always opposed the military presence of other countries in the region, has steadily increased its own military activities in the region. It has gone even to the extent of creating artificial islands to ensure that against every western military warship and naval machines, its troops and its own equipment is always available to ensure that the area is still under its control. Though all these years, India did not get involved directly in the dispute citing reasons to maintain amicable relations with China and other ASEAN nations for economic purposes. But today, the geopolitical situation is very different. Against a backdrop of a dominant China, India sees itself as one of the main contenders to Chinese power in the region, and hence its involvement in the South China Sea cannot be avoided anymore. If a military balance is not kept in check, it will not just mean a real threat to ASEAN countries from China, but will also play out in a similar fashion for India’s own security interests because China is not willing to work diplomatically anymore.