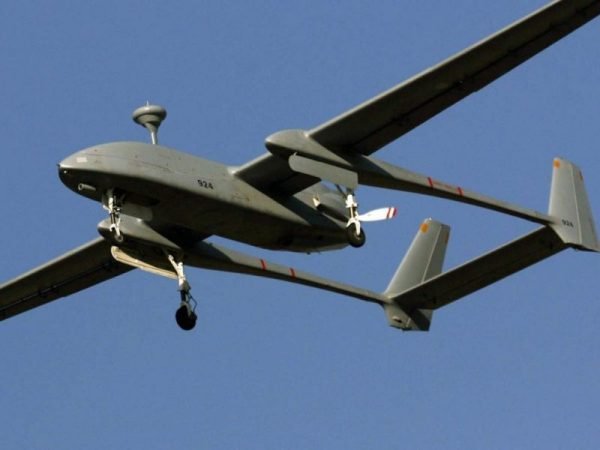 Recently the Indian armed forces have given the go-ahead to the project Cheetah aiming to arm the UAVs (Unmanned Aerial Vehicle) amid a standoff with China in the eastern Ladhak. Why is the unmanned aerial vehicle getting such prominence?

The Indian armed forces decided to revive the project Cheetah amid a standoff with China. The project aims to arm the 90 Heron drone with the guided-missile and bomb. The Heron is Israel made medium altitude long endurance Unmanned Aerial Vehicle. It developed by the ‘Malat’ division of Israel aerospace industries. The Heron can carry an array of sensors, including thermographic camera, intelligence system, visible light airborne ground surveillance and radar system totalling up to 250 kg. The Heron could return to the base if it lost connection with the ground station. The ongoing standoff with china and Chinese reluctant to step back is the major reason behind the move. The UAVs provide an advantage in hostile territory. Given the Himalayas’ harsh weather conditions, the UAVs proved to be a potent weapon in gathering intelligence about the hideout from a far distance. The proposal of reviving the ‘Project Cheetah’ is forward to newly form high-level committee under defence secretary Ajay Kumar. He is in charge of all capital procurement of the Indian armed force. Under the project, the Heron armed with SPIKE missile and SPICE bomb (one used in Balakot airstrike, though it will be less in weight seeing the lift capability of Heron). The SPIKE is Israeli made fire and forgets anti-tank guided missile, a 4th generation missile developed by Rafael advanced defence system. It can engage target up to the range of 4 Km. The precise guided-missile helps in eliminating the desired targets and thus minimizes the collateral damage in operation.

On the other hand, the SPICE bomb is again an Israel-made smart bomb that stands for smart, precise, and cost-effectiveness. It consists of inertial navigation, satellite guidance, and electro-optical sensors for pinpoint accuracy. The SPICE turns a conventional ‘gravity’ bomb into a sophisticated, long-range guided weapon. The enhanced capability will enhance the capability of Indian armed forces to operate even in the inhabitable territory. The upgraded UAVs can carry out surveillance and strike deep into the terrorist camps, enemy targets within and across the borders. The upgrade will also enable IAF ground station to operate these aircraft from remote stations and control through satellite communication systems. The American used its MQ-1 Predators and Global Hawk, an armed Unmanned Aerial Vehicle in the border of Afghanistan and Pakistan, killing more than 2500 terrorists. Currently, India is operating Israel made Searcher II and Heron UAVs for Reconnaissance and snooping purposes. The Idea to arm the UAVs was first initiated in 2015 by IAF but was later kept under the shroud. The decision to revive the project was taken, considering that Pakistan and China are using armed UAVs in large numbers. Recently, the Pakistan air force planned to use 48 GJ-2 drones, the military version of Chinese Wing Loong II. It is said to be armed with 12 air-to-surface missiles and currently being used in the Libyan Civil War.

Operating with the armed UAVs comes with an unquestionable advantage as future war will be Unmanned. It also minimizes the risk of the solider in the field, as the ground station is far from the ground zero. Further, India has also decided to acquire Medium-altitude long-endurance (MALE), an armed predator-B drone from the US. India’s DRDO is also working to develop the MALE Rustom drone prototype by the end of the year. The up-gradation of Heron, induction of Predator-B, and development of Rustom will enhance the capability of the IAF to carry out the small operation. In the future, the IAF will not use the fighter aircraft to carry out Balakot like operation but will rely on potent armed UAVs. The ‘project Cheetah’ will also include several Indians to develop solutions, thus helping India become self-sufficient. The Indian fleet of drones deployed in the Indian air force and Army. They will carry out operations along the 3488 km long china border and be used to counter terrorism in the future.