China imposes sanctions on US Senators 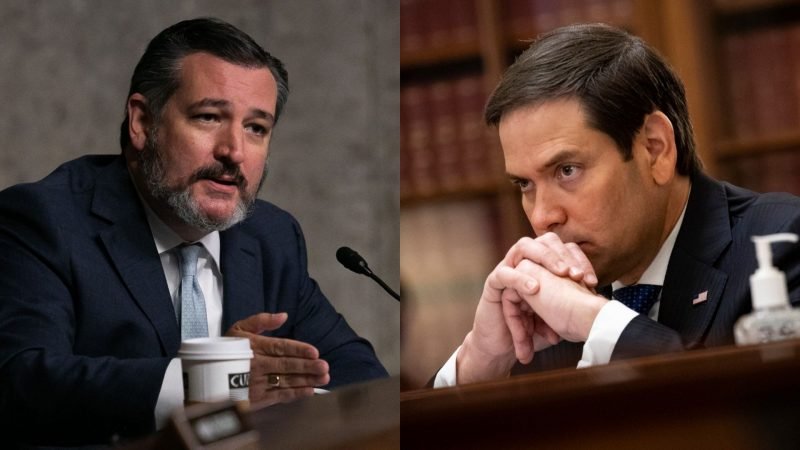 In retaliation to a move by the United States which saw sanctions being imposed on officials of Beijing and Hong Kong, Beijing sanctioned 11 Americans including Senators Marco Rubio and Ted Cruz. The move comes at a time when the relations between the US and China have plunged to historical lows since the diplomatic ties were established between the two.

China said that it imposed sanctions on people who behaved badly with respect to the Hong Kong issue. China has already said that it will tolerate no interference of foreign powers in an issue that it considers to be domestic. Foreign ministry spokesman Zhao Lijian said on Monday that with Human Rights Watch Director Kenneth Roth, National Endowment for Democracy President Carol Gershman was also on the list. However, he did not say anything about what sanctions would mean.

Mr Roth said that the sanctions that were imposed on some American officials were a deliberate attempt by Beijing to divert the attention from its attempt to trample on the rights of the people of Hong Kong. Republican senators Marco Rubio and Ted Cruz have been in the forefront of hurling acquisitions at Beijing for its undemocratic move in Hong Kong and have been the staunch supporter of democracy in Hong Kong. Beijing’s move is new in tit for tat sanctions between the US and China. On Friday the Trump administration imposed sanctions on Beijing and Hong Kong officials including the Chief Executive of Hong Kong Carrie Lam as well as city’s former and current police chiefs under an executive order signed by President Trump.

A new strain in the relations

Beijing’s move will ratchet up the tensions between the US and China. Beijing has already been condemned by countries all over the world including the G7 members after it passed the new national security in Hong Kong that undermines “One Country Two Systems” formula. In the aftermath of the new national security law being slapped on Hong Kong, countries like the United Kingdom, Canada, Australia suspended their extradition treaty with Hong Kong. On July 31 the US restricted exports of American defence equipment and some high technology products to Hong Kong. Beijing then made it clear that it would impose tit for tat visa restrictions on Americans with egregious conduct. Recently local elections were postponed by the authorities of Hong Kong citing coronavirus pandemic. Arrest warrants were issued for six exiled pro-democracy campaigners and the government also launched a crackdown on activists.

The two superpowers have locked horns over Beijing’s handling of coronavirus pandemic, its claim on the South China Sea, Human Rights violations committed by the members of the Chinese Communist Party against Uighurs and a new front that is a virtual front opened between the two superpowers that saw Washington alleging 5G technology giant Huawei to be a threat to its national security.

A new chill in the relations between Washington and Beijing is clearly visible after sanctions were imposed on Americans by the  Chinese authorities. Steps were taken by the US Against China comes ahead of the Presidential elections scheduled for 3rd November 2020. The incumbent Donald Trump is trailing far behind his rival Joe Biden of the democratic party and a former vice president. The president’s ratings have plummeted particularly due to his non-responsiveness in the wake of the coronavirus pandemic. The president has made attempts to divert the national mood and his anti-China rhetoric might help him to score some points of his rival. Rather than engaging in acts that are harmful to the two superpowers and that will further strain the relations, US and China should step up to their responsibility in leading the world especially when it is plagued by a pandemic that threatens to topple the world order. Whatever be the case but one thing is very clear especially in light of the recent developments that any move announced by either US or China will have far-reaching consequences for the two.