China and Covid-19: A stronger Communist party at home but a tarnished reputation abroad 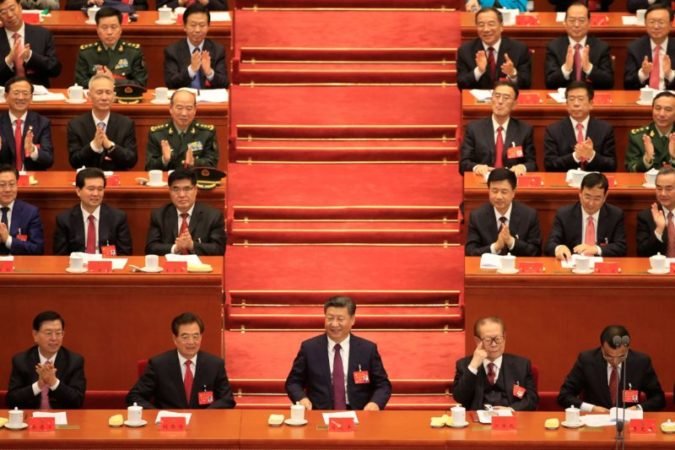 China was at the top of the global news agenda when a panel of experts recently gathered online to interpret its response to the coronavirus pandemic. The Democracy Forum conference, hosted online for the first time in the organisation’s history, coincided with the opening of the National People’s Congress in Beijing, which had been delayed from March until May 2020 because of the health emergency.

The conference held on May 22nd was entitled The COVID-19 pandemic: China’s accountability and implications for its foreign policy and internal stability. It remains available to view on YouTube.  The Kootneeti acted as a media partner for the event and assigned two reporters, Isha Verma and Madhur Sharma, to cover the conference.

In the chair for the discussion was the Democracy Forum’s usual moderator, the author and BBC broadcaster, Humphrey Hawksley. He told the audience that China is deeply embedded in all aspects of the geopolitical system, so the outbreak of COVID-19 has been a catalyst for nations across the world to analyse and evaluate their relationship with China.

In the days leading up to the conference, a series of Tweets from President Trump and tough responses from Chinese side indicated the rising tension in the US-China relationship. “It is, therefore, essential to understanding what China is and what it wants to achieve,” said Mr Hawksley.

First on hand to help with that challenge was Charlie Parton, a Senior Associate Fellow at the defence think tank, the Royal United Services Institute. He asserted that the most important objective from the point of view of the Chinese Communist Party is to remain in power. “Politics will always come before people,” said Mr Parton.

He claimed that China appeared unprepared for the pandemic in late early 2020, despite the SARS outbreak in 2003, and this lack or preparation has undermined trust in its leadership. Chinese netizens have expressed their frustration through online forums. However, the propaganda message of the Communist Party is that it remains in control and that China’s system of governance is the best in the world.

Next to speak was Rana Mitter, Professor at the University of Oxford. He believes that the COVID-19 outbreak may have strengthened the party system within China but has had a negative impact on its reputation abroad. He noted that the nation’s leader, Xi Jinping, is a firm believer in Marxist-Leninism and this is evident in the language that he uses in political situations. Alongside this, President Xi emphasises the importance of traditional Chinese culture and the teachings of classical philosophers, such as Confucious.

On the international side, China sees itself as the harbinger of development in the global south and it has made good impressions in Africa and South America through its investments, although recently its reputation in Asia has been rather tarnished by problems in Sri Lanka, which has found itself in a so-called “debt trap.”

Veerle Nouwens, a research fellow at Royal United Services Institute, said China has attempted to counter the diplomatic fallout from the coronavirus crisis by offering medical equipment to other countries. “China is attempting to regain control over the international narrative and to fix its image as a responsible actor. It wants to be cast in a positive light after a bad stain on its reputation,” she said.

Ms Nouwens claimed there has been an increase in the activity of the People’s Liberation Army in the East China Sea, the South China Sea and the Taiwanese region. She put this down to an effort by China to gain a strategic upper hand and warned of potential border skirmishes with India. Ms Nouwens said that the outbreak of COVID-19 was likely to have a negative impact on China’s flagship Belt and Road Initiative and warned that Chinese companies in Pakistan are facing rising prices and delays to their projects.

Kerry Brown, professor at King’s College, noted that the relationship between China and the United States has grown more tense during the COVID-19 crisis. He said: “Two different systems of ideologies and values are battling to declare a winner. The outcome depends on whether it is the Chinese centralised system or the Western liberal system which is the first to recover from the economic problems caused by the outbreak.”

He claimed that the United States and the United Kingdom have “mismanaged the pandemic” and this undermines their claim that their systems of governance are superior to that of China.

Professor Brown believes the pandemic will challenge globalisation but said there remains extensive scope for international cooperation in areas such as public health and climate change. He expects the emergence of a “dual track world” led by the US and China.

Professor Brown told the Democracy Forum conference: “We need to consider how we manage the aspirations of these two great powers, which cannot ignore each other but can’t embrace each other, either. China and the US need to at least allow space for each other, even if they can’t accommodate each other.” Professor Brown thought we are entering “a golden age for diplomats” who can manage potential tensions and prevent worst-case scenarios.

After an extensive round of questions and answers on topics such as Taiwan, Hong Kong and the November 2020 US election, a summary was provided by Barry Gardiner, MP for Brent North and former Shadow International Development Secretary for the United Kingdom. He took the view that rivalry between the US and China has brought the world to a crossroads.

“These two superpowers are slugging it out in trade and they’re using the Covid-19 crisis as another stick to beat each other with. This was, therefore, an opportune time to hold this particular seminar, to consider how we, as a world, respond to great global challenges, such as pandemics and climate change.”

Mr Gardiner left the audience with a question: “Do we retreat into ourselves and fight each other, or do we try to create a global community that works together to solve global problems?”