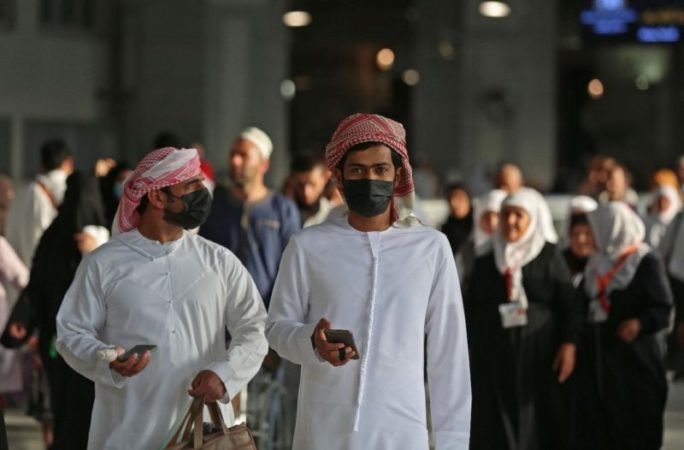 The world is grappling with the menacing COVID19 crisis. Governments around the world are hard-pressed and working tirelessly to come out of the crisis as early as possible to avoid longer disruption of economic lockdown. But a new reality is also emerging fast in the horizon of world politics and power. In such scenario, what should be the response of India as an emerging power to deal with this new reality and position itself strategically to pursue its goals and assume appropriate responsibility in the unfolding post-COVID world order? There is an urgent need for India to use its soft power in the regions of strategic, geopolitical and geo-economic importance.

Besides the region of South Asia, West Asia is an important strategic area with profound geostrategic and geo-economic significance. The crisis provides India a perceptible edge over other powers to position itself with its unbeatable soft power in the region with historical linkages, cultural ties and more importantly a strong and vibrant Indian diaspora in the region. The SAARC initiative has received very favourable attention of the leaders in the region.

The civic infrastructure and healthcare facilities in this war-torn region are not good enough to face the enormity of the pandemic. These countries and Gulf countries, in particular, will like to follow the Indian model and guidance in their respective strategies and action. PM Narendra Modi has taken steps in this regard and talked to every head of states in the region and gave assurance of cooperative regional response to face the crisis. India can use its leverage, be it Iran and Saudi Arabia or Qatar and Saudi led quartet, and weave them into a coordinated whole, an essential requisite to overcome the rising crescendo of the pandemic and its dire consequences which can devastate the region.

The Gulf region hosts a huge portion of Indian diaspora around 9 million and who account for huge remittance (around $40 billion). This vast diaspora forms the backbone of economies of the region. Our historical linkages and encounters make Indian soft power a peerless advantage for India. The recent visits by Prime Minister Narendra Modi and the number of warm responses in those countries have made the region an extended arm of India. Prime Minister Modi has personally interacted with most of the leaders of the Gulf on a collaborative and mutually coordinated strategy against the pandemic and requested for the well-being of the Indian diaspora in the region.

In the contemporary context, multiple movements of goods, capital and services are unique facets of India’s linkages with the Gulf. The current outreach is sure to re-establish India as a paramount force of stability and prosperity in the region. The GCC has already been the largest trading partner of India and the economic mutuality is on the ascending mode. Major oil companies of the region, ARAMCO (Saudi Arabia) and ANDOC (UAE) are developing a strategic partnership with the Indian companies both in the public and private sector. The pattern of economic interdependence has gained a substantial boost with the presence of Prime Minister Modi in the ‘Davos in the Desert’ event. The pandemic outreach, therefore, would deepen the pace of engagement and it can emerge as a region of India’s economic pursuit to power.

India must adopt a strategic humane approach in this region of the extended neighbourhood to take care of its people in the region and their interests. Prime Minister Modi talked to the heads of the states in the region about the safety and wellbeing of the Indian communities. In response to a call of assistance, an Indian team of fifteen doctors and healthcare professional reached Kuwait city and will remain there for next two weeks to render medical assistance in testing, treatment and training their personnel. The soft power engagements and outreach in times of rapid spread of this crisis is the smartest strategy to position India as the most acceptable power with stakes and responsibility.

The invitation to Qatar to the GCC summit and the creation of ‘Joint Operation Room’ to coordinate regional response is a welcome cooperative sign for the crisis-ridden (Qatar Crisis) group. There has been increasing contacts of the GCC states with Iran in the wake of the Iran-US confrontation through Qatar and Oman. The GCC states of Qatar, UAE and Kuwait have provided medical and other materials to Iran to help the worst COVID19-hit country in the region. The head of the WHO praised the UAE for the humanitarian airlift to Iran.  India needs to devise a strategy to promote this emerging pandemic response concerns among the states by promoting a regional response consensus and strategy. This is sure to help the region to gain its long evading cooperation, security and stability and strengthen India’s foothold to serve its geo-strategic, geo-economic and geopolitical goals and interests in the unfolding post-pandemic world order.

India is having the huge power potential which needs to be nourished and strategized to take on the changes and challenges and establish itself as a credible and trusted power with proven responsibility. The SAARC initiative of India, its pandemic diplomacy and ‘Extraordinary Virtual G20 Leaders’ Summit on 26th March 2020 echoed and endorsed the human-centric globalization proposed and underscored by the Indian Prime Minister.

Moreover, history is the witness that all the powerful empires, from the Roman Empire to the contemporary United States, have been sustained by their influence in the region. The dispatches of medicine, medical team and aggressive COVID diplomacy at a time when powerful countries have failed to respond and are not able to control the crisis at home is no doubt establishing India as reliable and responsible power. With its democratic credentials and non-hegemonic pursuits in the region and beyond gives India the requisite power potential to lead the region with its soft power.

The Saudi ‘Vision 2030’ is determined to diversify its economy and a similar pattern is at work in other countries of the region. A potential fear of Chinese dominance and monopolistic approach is at loggerheads with the vision of economic diversification of the countries in the region. They don’t want to be a mere destination of satisfaction of Chinese energy requirements and dump yard of Chinese products.

India’s SAARC leaders’ video-conferencing has been a right move to shore up the requisite cohesion in the South Asia region and India’s image and clout on the world stage. The executive director of the WHO, Michael Ryan, has lauded India’s COVID19 response and said that the country has a tremendous capacity to deal with the coronavirus as it has eradicated smallpox and polio through targeted public intervention.

Iran, the worst-hit country in the region, is a strategic partner of India. Chahbahar port venture in the country is a crucial chain and strategic point in India’s Afghan policy and beyond- the Central Asian countries. India’s neighbourhood outreach warrants it to use its leverage with the US to ease the sanction grip, regain credibility and shore up Iran’s ability to fight the menace. India maintained its outreach with the sanction-beleaguered nation, India sent the C-17 Globemaster III, heavy military transport aircraft along with a medical team and lab equipment for testing and to be donated after the evacuation of Indians in Iran. The humanitarian responses and the diplomatic gesture at this juncture in the region towards Iran can be the basis of a broader regional engagement in the post-COVID19 world.

India welcomed the Yemen ceasefire for two weeks subject to extension. It is an unprecedented opportunity for India to utilise ‘the call of UN Secretary-General for immediate global ceasefire’ as an open window of diplomacy to enable joint response among the rival parties to fight the pandemic in the region. For India, both Israel and Iran are equally important to position itself in the region and the world to serve its national interests. Israel’s PM Netanyahu agreed with PM Modi for synergies in communication and shared efforts for shared interests of humanity as a whole. The strategic combination of Three-Is (India, Iran and Israel) can be a new formidable group for multilateralism and equitable world order.

Prime Minister Modi’s call of “Jaan bhi, Jahaan bhi” (Life also, world also) on 11th April, 2020 in place of the earlier motto of the government “ Jaan hai to Jahaan hai” (if one is alive, there is a world) is a powerful vision during the pandemic. The proposed the “Smart Lockdown” with severe restriction in affected areas, partial restriction in less affected and opening of the rest to have a necessary balance of lives and livelihoods is gaining global appreciation and acceptance. These powerful vision and strategy will surely be emulated by all in the region. This is a necessary prelude to generate an atmosphere of peace and security and lead the region as a trusted partner and credible power in the post-COVID 19 ‘Asian Century’ world order.