COVID-19 in India: Governmentality in the age of Corona 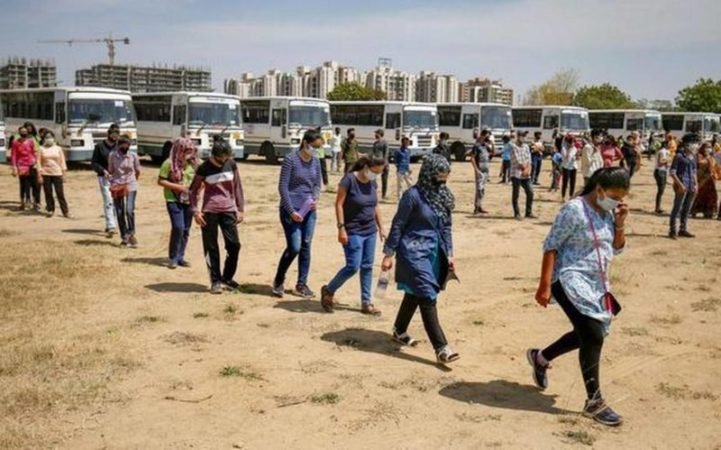 Recently the Uttar Pradesh State Government in India has started and led the move of sending buses to evacuate their students from Rajasthan’s Kota. At this time of Disaster, everything is happening just to protect the citizens and with this step of evacuation, UP Government has established a clear statement that the prime demand of this situation is to protect, save and secure its civilians at any cost.

When we see movies like Avengers where superheroes evacuate the civilians and protect their lives we wonder whether that could be possible in the real-life situation too. Can only superheroes do that? This idea of protecting lives is not confined to unrealistic superheroes only, with the recent move of State Chief Minister Yogi Adityanath led government we can certainly think that this could happen in a real-life situation also.

In the time of Corona Virus when there is always a chance that virus could infect anybody, the State governments are standing at the crossroads where they have to choose between ‘right’ and ‘good’. Where the ‘right’ would be following guidelines issued for COVID-19 lockdown, in that case, they have to leave behind the students who are away from their families in this time of disaster.

The second option in hand is to follow ‘good’ by bringing back the students from Kota thereby attaching the emotional consciousness with these students and their families and infringing these lockdown guidelines. Thus reflecting the testament of Henry Sidgwick’s the moral philosophy of right and good where right v/s good moral dilemma evaluates right as something moral obligatory and good as which is worth having or doing and enhances the life of those who possess it.

The Chief Secretary of Government of Bihar has already filed an affidavit beforehand the Patna High Court asserting that it is not possible to bring back students who are stranded in Kota because of the Central Government guidelines on COVOID 19 lockdown. More than 12,000 Bihar students stranded in Kota and their families are regularly appealing to the state government for their evacuation.

A social media campaign #SendUsBackHome has been started by the students stuck there during this pandemic. Meanwhile, the Uttar Pradesh Government sent 250 buses to evacuate more than 7500 students. This move of UP government received praise not only from Rajasthan Chief Minister Mr Ashok Gehlot but also from the mass at large.

Rajasthan Chief Minister Mr Ashok Gehlot also said that other state governments should also follow this move and ensure that students stranded in the coaching hub Kota during this lockdown should reach their homes safely and securely. He also tweeted, “As the UP government called back students of UP living in Kota, Rajasthan, it can also be done for students from other states. Students in Kota can be sent to their home states on the consent of the concerned state govt. so that these young boys & girls do not panic or feel depressed.”

According to a Kota district official, nearly 100 buses were arranged to send the students from UP back home in case the number of buses from UP fell short. In this situation, Rajasthan and UP Government worked for a common goal of the evacuation of students. After this incident, Madhya Pradesh Government also sent 150 buses along with a team of doctors with administration officials and police teams to Kota. Jharkhand, West Bengal, Rajasthan, Chhattisgarh and Odisha Governments are also planning to deploy special buses for the safe and secure return of their students jammed in other states during a lockdown.

The collective action of the different government for the evacuation of the students shows that there is a kind of unification when it comes to people of India as a whole and also shows the respect of rational and bold action of Chief Minister Yogi Adityanath. According to sources, the next step of the UP Government will be the evacuation of stranded workers from different states and ensuring their safe return to their families without risking the health of fellow citizens while following the safety guidelines.

This effort of Uttar Pradesh and other governments who are evacuating their students could be seen as an effort of sovereign power not only to govern people and to formulate the law but a positive dimension to show their care towards citizens and their wellbeing. This is the dawn of governance of modern liberal society where the government is not only directing you to maintain social distancing which is a character of controlling individuals but showing the character of being responsible also.