Trump oil deal raises questions for Mexico: At what cost? 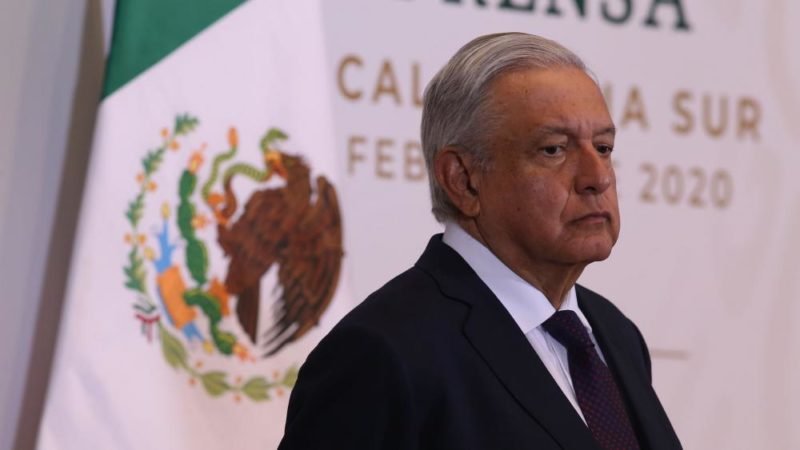 Mexico’s president has incurred a debt with his U.S. counterpart Donald Trump by accepting U.S. help to end a standoff over global oil cuts, triggering concern the American will in return make the country pay on issues like migration and security.

President Andres Manuel Lopez Obrador, a leftist oil nationalist, had baulked at a demand by the OPEC+ group of oil-producing nations to cut output by 400,000 barrels per day.

Instead, he offered a cut of 100,000 BPD and said Trump “generously” agreed last week to help Mexico make up the rest.

Trump has angered Mexicans by insisting the country will pay for a border wall he is building to keep out illegal immigrants.

He has imposed a series of migration and trade-related demands on Lopez Obrador and said Mexico would “reimburse” the United States for the oil cuts. He has not yet said how.

It could easily mean more demands on immigration and security, Sergio Alcocer, a former Mexican deputy foreign minister for North America, in a statement told Reuters.

“This could become a joker, a sort of blank check,” for Trump, Alcocer said.

Under U.S. coercion, Mexico has had to spend extra money on border policing, looking after asylum seekers and security. The thought of Trump having additional leverage has sown disquiet among both supporters and adversaries of Lopez Obrador.

Lopez Obrador said on Tuesday he had not agreed to anything in return for Trump’s help on the oil cuts.

“There was no secret agreement,” he told reporters at a regular news conference. “Nothing.”

Lopez Obrador said he also asked Trump for help getting ventilators and other medical kits to Mexico to fight coronavirus and met with a favourable response.

Gabriela Cuevas, a congresswoman in Lopez Obrador’s National Regeneration Movement (MORENA), said it was vital that the deal with Trump was “made transparent,” given his record.

“Trump has never been good news for Mexico,” she said.

But she said Lopez Obrador had done well to secure lower output cuts given that Russia and Saudi Arabia had started the oil price war and that it had not been fair to expect Mexico to slash crude output from record lows in the first place.

By contrast, for Trump to back output cuts to help prices would likely play well in key states during an election year, including Texas, where he could also argue the Mexico portion of the deal showed goodwill toward Latinos, Alcocer said.

Details of the U.S.-Mexico agreement were vague.

Some industry insiders believe that instead of pursuing real production cuts, Trump aims to take U.S. crude off the market by storing it.

Lopez Obrador told reporters on Monday that Mexico had done “very well” out of the oil deal and that he would give more details on Wednesday.

The White House did not immediately respond to the request for comment by media.

Trump is widely reviled south of the border, having denigrated Mexican migrants as “rapists” during his 2015-16 election campaign and pitched economic ties into uncertainty with demands for a new trade deal favouring the United States.

“If the past is prologue, nobody should be expecting Donald Trump not to use any leverage that he has against Mexico when the time comes,” said Michael Camunez, a former U.S. assistant secretary of commerce under President Barack Obama.

Once highly critical of Trump, Lopez Obrador has sought to avoid conflict with him since taking power 16 months ago.

In return for giving Trump what he wanted on immigration, for example, Washington has been more tolerant when Lopez Obrador has pressured U.S. companies. But Mexico was more and more in debt with Trump on different issues, he added.

And “the Americans always end up thinking they did more for you than you did for them,” Castaneda said.