Immunity testing and the struggle against coronavirus 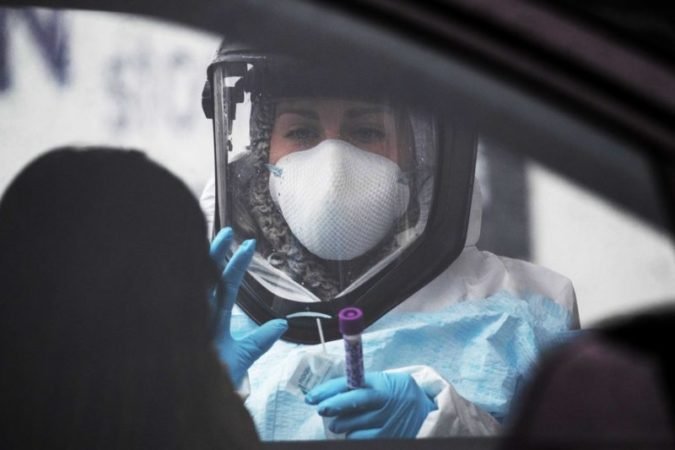 The military chain of command is sacrosanct: so too is the responsibility of commanders to protect those in their charge. Coronavirus recently brought these two principles into seemingly irreconcilable conflict.

The commander of the US aircraft carrier the USS Theodore Roosevelt sought authorisation to evacuate as the virus spread through his crew. A senior officer aboard the ship reported that between 150 to 200 (out of approximately 4,000) sailors had tested positive.

But the request to evacuate was refused by US Secretary of State for Defense Mark Esper, who judged that the situation was not yet sufficiently serious. The commander resolved the unique problem by going ahead with the evacuation.

The incident shows the potential of coronavirus to undermine structures of command with the damaging consequence that far exceed its immediate human toll. The availability of tests for coronavirus immunity, as explained in my article for The Geopolitics on March 27, would have provided a way to resolve the dilemma.

My idea is to look at the people who – most often without realising it – are not, or will no longer be, vulnerable to COVID-19. These people are immunised, or soon will be, in general without knowing it. The number of such people will increase very rapidly, even in the absence of vaccination. The idea is to identify this population through a serological test which detects antibodies. This immunised population needs to be identified because it represents a labour force that can immediately be released from confinement and put back to work.

Instead of using polymerase chain reaction (PCR) tests to find out which sailors were positive and had the virus, all of the sailors should have been given a serological test to identify which of them were immune and therefore necessarily negative for a PCR test, which would not then be needed. Those with immunity would remain on board and the rest, without the antibodies in their blood to provide immunity, would be evacuated.

Those who have neither the virus nor antibodies would normally be considered vulnerable. But, in the case of the USS Theodore Roosevelt, they would have been able to stay on board because they were not at risk of being contaminated by those with immunity. Only the infected would be disembarked. The naval mission would have been able to continue, albeit with reduced manpower, with the health of the whole of the crew having been protected.

The economic impact of coronavirus can be reduced through my proposal, and skilled medical personnel can be more easily mobilised to treat the sick. Witness the recent case of a doctor who travelled from New Hampshire to treat coronavirus in New York. He tried to move into his brother’s New York apartment – but the co-op that runs the apartment building, fearing that he could be carrying the virus, told him he couldn’t stay. Testing for immunity would make it possible for doctors and other key frontline professionals to be deployed where they are most needed without risk to others.

Since my proposals were published, European countries including the UK, Germany, Luxembourg, the Netherlands and Italy have moved to adopt testing for immunity as a way to reduce the impact of and finally find an exit from confinement. I hope that it will also be considered in the US. The world needs its strongest free power more than ever in these uniquely challenging times.