India Has a Modi and a BJP Problem – John West 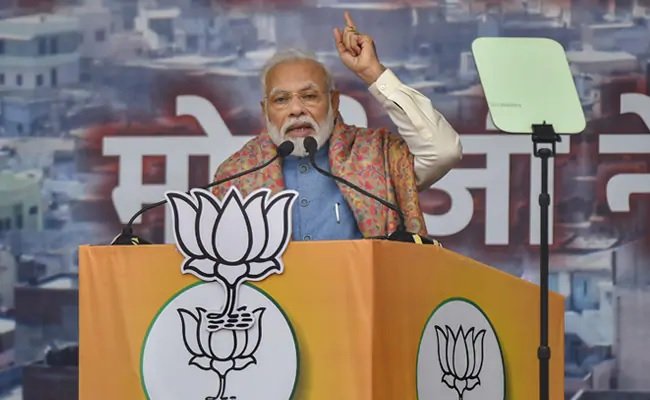 Violent protests and rallies are engulfing India, from Delhi to Mumbai, Hyderabad and Kolkata, with many injuries and even some deaths reported. With police violence against protesting students adding fuel to the fire, there is no sign of things calming down.

This is a reaction to the controversial bill recently passed by the Indian government. It offers citizenship to illegal immigrants from Muslim-majority Pakistan, Bangladesh or Afghanistan provided they belong to those countries’ non-Muslim minority groups (i.e., Hindus, Sikhs, Buddhists, Jains, Parsis and Christians).

The legislation has provoked great criticism for its discrimination against Muslim refugees. There is also no provision for citizenship for people fleeing persecution in Buddhist-majority Sri Lanka or Myanmar — most refugees from the latter are Rohingya Muslims.

Undermining the idea of India as a secular society

Modi’s initiative is undermining the very idea of India as a secular and multicultural liberal society. He is now being likened to Donald Trump, who had his own Muslim ban.

This is the latest divisive step by the Bharatiya Janata Party (BJP) government, under the leadership of Prime Minister Narendra Modi, which has been in power since 2014.

At the time of Modi’s election in 2014, many were hopeful that Modi’s BJP would be a breath of fresh air.

It came into office after ten long years of government by the incompetent and corrupt Indian National Congress party. Modi was heralded for his successful leadership of the state of Gujarat and thought to be just the economic reformer that India needed.

Indeed, Shashi Tharoor, a well-known Congress party member and former minister, attracted much attention for his public statements that he was willing to give Modi a chance and even cooperate with his government.

But Tharoor’s hope quickly turned to despair for Modi’s regime and India’s democracy, as reflected in his book, “The Paradoxical Prime Minister: Narendra Modi and His India.”

Mr Modi’s rule has been bad for India, and it all arises from the Modi paradox that I have described in chapter after chapter — his inability to rise above his narrow-minded, mean-spirited, sectarian political origins to the levels of statesmanship and good governance that a country like India needs…

The most troubling development in Modi’s India, according to Tharoor, has been that “forces of bigotry, communalism and division have been unleashed that have set India back decades … Minorities, liberals, women and Dalits are harassed and brutalized with impunity.”

Tharoor concludes that the India that Modi presides over is “not the secular, plural, free and equal society that our founding fathers had envisioned.”

Modi is no economic reformer

The hopes that Modi might revitalize the economy have also been dashed. Indeed, India has also lost its crown as the world’s fastest-growing large economy, as the Asian Development Bank recently lopped one and a half points off its 2019 growth rate, leaving it at 5.1% GDP growth, compared with China’s 6.1%.

Among the many factors undermining the economy have been ill-conceived economic policies like demonetization and the botched goods and services tax reform.

Modi initially campaigned with the mantra of “less government and more governance.” But as Raghuram Rajan, former governor of the Reserve Bank of India, and others have argued, economic policy has been suffering from the extreme centralization of power in the Prime Minister’s Office, “coupled with the absence of empowered ministers and the lack of a coherent guiding vision.” This is not good governance.

Most importantly, Rajan argues that “Hindu nationalism will detract from economic growth.” What India needs is robust inclusive economic growth to achieve “a strong united India.”

Many hoped that the 2019 Indian general election might see the end of Modi. Indeed, momentum seemed to be against the BJP as it lost some state elections in the period leading up to the national election.

But instead, the charismatic, Trumpian figure of Modi managed to increase the BJP’s vote and it is now the country’s largest political party in terms of representation in the national parliament and state assemblies.

In the few months since the 2019 elections, there have been some further troubling developments. Most notably, in October Modi’s government revoked the special status of the state of Jammu and Kashmir, India’s only Muslim majority state, which has since descended into chaos.

It is also implementing a citizenship test in the Northeastern state of Assam, which could leave nearly two million people potentially stateless, many of them being Muslim.

While members of the Indian National Congress like Shashi Tharoor and Sonia Gandhi speak out against Modi and the BJP, the lack of effective opposition to the BJP at the national level may be one of the greatest threats facing Indian democracy.

The once-great Indian National Congress, the party of Jawaharlal Nehru, the first Prime Minister of India, is a shadow of its former self.

It is now dominated by the dynastic politics of the Gandhi family and is widely perceived as being arrogant, corrupt and incompetent. It performed dismally in the 2019 national elections.

Many commentators, not just Tharoor, are now deploring the deterioration of India’s democracy under Modi. In his celebrated history of India after Gandhi (published in 2017), Ramachandra Guha described India as having a “50-50 Democracy.”

I would downgrade my country’s democratic credentials. Given the lack of any sort of credible opposition to the BJP, the atmosphere of fear among religious minorities and the attacks on a free press, we are now a 40-60 democracy, and — if the recent abuse of state power in Kashmir is any indication — well on the way to becoming 30-70.

When Modi rose to power, a number of countries in the Indo-Pacific region, especially Australia, Japan and the United States, had placed great hopes in democratic India becoming an effective counter-weight to Xi Jinping’s assertive and revisionist China.

Under Modi’s BJP government, the hopes that India might be able to play such a role are fading by the day.

This article first appeared in The Globalist