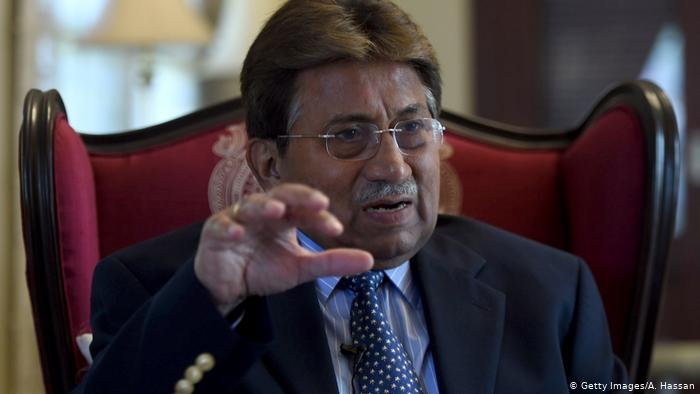 Musharraf, who seized power in a 1999 coup and later ruled as president, is not in Pakistan and was not available for comment on the sentence, handed down by an anti-terrorism court hearing the high treason case.

“Pervez Musharraf has been found guilty of Article 6 for violation of the constitution of Pakistan,” government law officer Salman Nadeem said.

The court’s full ruling was not available but it said in a summary it had analysed complaints, records, arguments and facts in the case and had reached a majority verdict, with two of the three judges giving the decision against Musharraf.

The charges stem from Musharraf’s imposition of a state of emergency in 2007 when he was facing growing opposition to his rule.

Under the emergency, all civil liberties, human rights and democratic processes were suspended, from November 2007 to February 2008.

He resigned later in 2008, after a political party that backed him fared poorly in a general election, and he has spent much of the time since then abroad.

The final years of his rule was marked by struggles with the judiciary stemming from his wish to remain head of the army while also being president.

Last month, Musharraf issued a video recording from a hospital bed in Dubai in which he said he was not being given a fair hearing in the case that was filed by the government in 2013.

“I served the nation and made decisions for the betterment of the country,” Musharraf said in the video clip.

Legal experts in Islamabad said Musharraf can challenge the order in the High Court.

Musharraf sided with the United States in its “war on terror” launched after September 11, 2001, attacks on U.S. cities.

His decision was criticised by religious parties and ushered in years of Islamist violence in Pakistan.