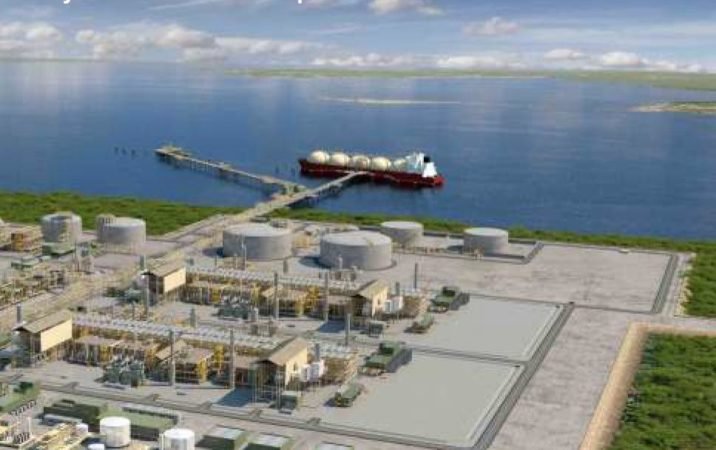 A consortium of Indian firms and their partners in late June made the final decision to invest $ 20 billion to build a liquid natural gas terminal in Mozambique for the Rovuma Offshore Area 1 gas field. Indian firms hold 26% share in the investment. The first gas shipments are expected in 36 to 48 months from now. Rovuma has over 2 trillion cubic metres of gas, equivalent to roughly 70 years of India’s present annual gas consumption. The terminal will consist of two LNG trains with a total capacity of 12.88 million tonnes per annum.

The Indian firms’ roughly $ 5 billion shares of the investment will make it the single largest Indian investment in Africa.

On June 4th a group that included India’s home, external affairs, finance and petroleum ministers met to clear the investment before its expected approval by the cabinet committee on economic affairs. Including a six per cent share that it owns jointly with Oil India, ONGC Videsh has a 16% share. Bharat Petroleum controls an additional 10% through a subsidiary. The lead partner in the venture will be Total, thanks to a sell-off by the original promoter Anadarko.
The final investment decision announcement noted 86% of the terminal’s capacity was already committed in long-term contracts to clients in Japan, Indonesia, France and China.

However, India looks set to end its long-standing investment in the Greater Nile Oil Project in Sudan. ONGC Videsh bought a quarter share of the Sudanese oilfield in 2003. However, the Sudanese government has not paid for oil it is lifting since 2011. In May, ONGC and the other foreign partners, China’s CNPC and Malaysia’s Petronas, formally told the Sudanese government of their intention to exit from the oilfield. The three foreign firms own 95% of the firm. ONGC Videsh’s August financial statements set aside about Rs 6 billion to cover the losses.

The project had come under international scrutiny because of Sudanese human rights issues. Security reasons led to the oilfield being shut down for five years. Khartoum in the meantime declined to extend the company’s license after it expired in 2016. Production resumed only this year. Sudan was taken to an arbitration tribunal earlier this year over its arrears.

Mozambique’s President Filipe Nyusi signed energy and security agreements with Russian’s Vladimir Putin early in August as part of its continued attempt to woo more foreign investors in the run-up to its signing a peace agreement with the domestic Renamo insurgency. Despite the strong Soviet support for the Mozambican anti-colonial insurgents that today rule the country, Nyusi was the first leader to visit Moscow in two decades. Bilateral trade between the two countries was $115 million in 2018.