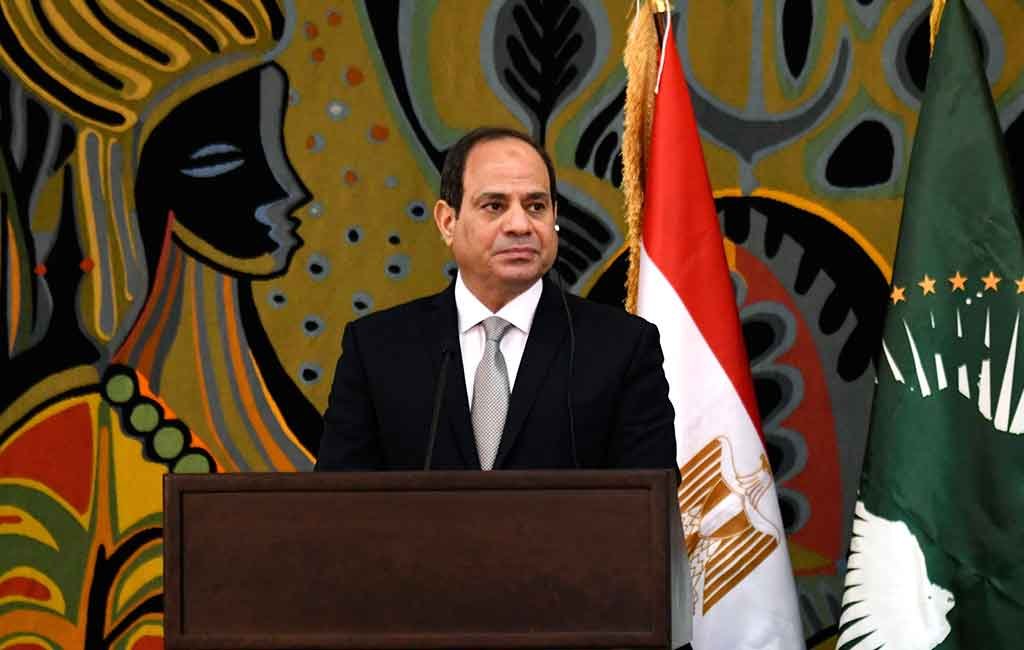 Egypt’s parliament on Tuesday approved amendments to the constitution that could keep President Abdel Fattah al-Sisi in power until 2030, though they still have to be endorsed in a referendum to take effect.

The changes would extend Sisi’s current term to six years from four and then allow him to run again for a third term, which would last six years. The amendments would also bolster the role of the military in political life and increase the president’s power over the judiciary, critics of the changes say.

The 596-member parliament, which is dominated by Sisi supporters, voted 531 to 22 in favour of the amendments.

A date for the referendum has not yet been confirmed, but Cairo is full of banners encouraging Egyptians to participate.

Sisi’s supporters say the changes are necessary to give him more time to complete major development projects and economic reforms. His critics say they concentrate more powers in the hands of a leader accused by rights groups of presiding over a relentless crackdown on freedoms.

“This will result in the most centralized system for rule that Egypt has seen in almost half a century,” said Nathan Brown, professor of political science at George Washington University.

Another critic, Michele Dunne, director and senior fellow at the Carnegie Endowment for International Peace’s Middle East Programme, said the amendments were intended to remove the possibility of political competition for Sisi.

“These amendments are not needed for the good of Egypt; rather they constitute a personalisation of power for Abdel Fattah al-Sisi,” she said. “They will also become a strong public grievance against him and might sow the seeds of his ultimate undoing.”

The changes include creating a second parliamentary chamber to be known as the Senate, composed of at least 180 members, a third of whom would be appointed by the president. They would also give the president new powers over the appointment of judges and the public prosecutor.

In a report about the draft amendments, the parliament’s legislative committee said a four-year term was not enough in Egypt, which is still recovering from the turmoil that followed a 2011 uprising.

“It is an unrealistic period… to achieve complete and sustainable development…,” a draft of the report seen by Reuters said regarding article 140, which would extend the presidential term to six years.

The committee said Sisi had not asked for the amendments.

The Civil Democratic Movement, a coalition of Egyptian opposition parties, called on Monday for parliament to reject the changes and for Egyptians to vote against the amendments in the planned referendum.

On Monday NetBlocks, an internet monitoring group, said Egypt had blocked access to an estimated 34,000 internet domains in an apparent attempt to eliminate an online campaign opposing the proposed amendments.

This came after Egypt last week blocked a petition website set up to collect signatures against the referendum. Users were still able to access the website, voiceonline.net, from abroad or via a virtual private network (VPN), which allows them to skirt local controls.

Petition website when last accessed on Tuesday it had reached 300,000 signatures.

The Ministry of Communications and Information Technology and the Egypt State Information Service could not immediately be reached for comment.