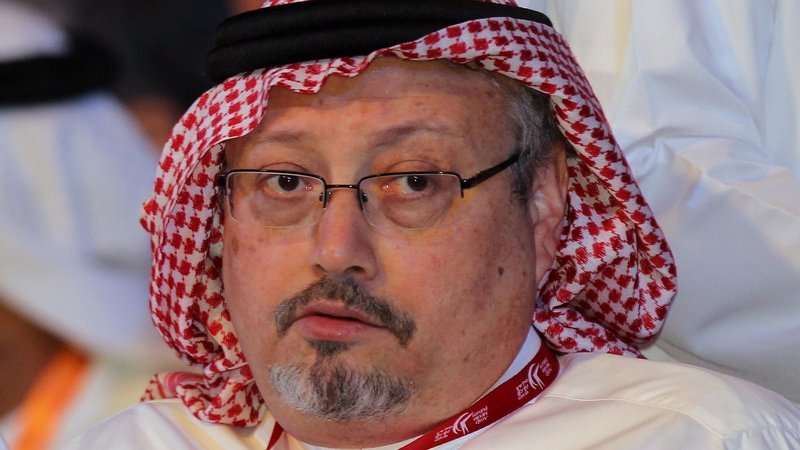 Surrounded by the daily drops and horrifying leaks in the Turkish mass media about the crime, Jamal Khashoggi drama represents, today, one of the most important tests for a string of world leaders.

For the start, the accused actor of the drama that took place in its consulate from Istanbul, the Saudi crown prince Mohammed bin Salman and its main protector the US president Trump are both facing the world’s scrutiny. On the list, balancing the political intervention with his own hegemony, the Turkish president Erdogan is building and is maintaining a calculated pressure on the Saudi monarch. The Reis is clearly exploiting this political bonanza that unexpectedly appeared in between these two historically regional rivals. Around this trilateral, European leadership is split between a steely moral German opposition to any compromise with the kingdom (embraced by several other countries with little or no interests in Saudi oil) and one very mercurial Macron’s approach that publicly refused to accept any link between the Khashoggi murder and possible sanctions that could impede the development of French military contracts and Saudi’s investments in France. As for the Russians, being accused of the Skripal poisonings and other massive international blunders, they did not wish to get involved in the dispute. Moscow’s plan is to wait and see, with the aim to intervene only when the time is serving their own interests. What it is interesting is that neither China nor India expressed any stronger position, embracing the mild expression of consternation and a very short-lived preoccupation.

Facing the geopolitical reality of the region, every international leader does calculate that a severe storm in Saudi Arabia can create a tsunami on the international oil markets and difficulties to maintain a lower price of oil could increase tenfold. It is the pure calculation that makes every actor involved in the Middle East to cautiously conduct its business in order not to upset the Saudi royal family and its own huge appetite for lucrative investments.

For the main three leaders, King Salman, presidents Erdogan and Trump, the Khashoggi murder represents a fundamental challenge to their long-term positions.

If until now the geometry of the influence was clear, with Donald Trump as the main player, after the murder in Istanbul, Erdogan is taking the lead. Even if Turkey can not compare itself with the American influence in Saudi Arabia and region, nor to its economic importance, the fact that president Erdogan skilfully managed to position himself as the defender of the victim, offered him an opening to negotiate a stronger influence. This game is not to point towards an offensive crime, but to maximise the chances of Turkey to obtain more leverage against the different Saudi’s regional policies. President Erdogan declared, facing his own Parliament, that the murder happened in Turkey, as such the insult to its sovereignty and power status is not to be treated lightly. By weaponising the Khashoggi murder, Turkey is advancing its own agenda, imposing its neo-ottoman influence against the wealthy and able diplomacy of Saudi Arabia. For president Erdogan, the masterstroke was to oblige the White House to acknowledge the problem and pressure the Saudi kingdom to recognize the death of the journalist. Such powerful the blow was that President Trump did not have arguments to save his Saudi protege. Onwards, the Turkish strategy is very simple and will grow with the passing of each week. Yesterday, Turkey asked Saudis to indicate where the body of Khashoggi is. If positive, the answer from Riyadh will explode like a bomb. And will diminish even more the kingdom’s credibility. With this “step by step” policy in place, Turkey is managing a conflict in its favour and pushes everyone in the world (including inside Saudi Arabia) to question the leadership of the crown prince. The damage inflicted to his leadership and his power style is enormous and his future could be in question. Even if no one is talking openly about the future of the crown prince, Turkey knows that the daily political shocks administered to Riyadh and against the present Saudi leadership is forcing out unwanted questions and reactions.

The strong image of the first son of Khashoggi defying the crown prince, while receiving condolences for the death of his father, at the poorly staged meeting with the king, the steally regards between the two men, are all indicative for the existence of a growing internal tension between the royal family and its subjects. The Khashoggi murder is slowly but surely eroding the image of the crown prince. Even if the old king Salman reconfirmed the trust in his favourite son and with all the glamour and publicity surrounding the “Davos in the desert” conference, the Saudi monarchy can not hide the deep and menacing situation it is facing. Since its foundation, 85 years ago, during peace or war, the Saudi monarchy and kingdom did not see such global storm gathering against its own stability with unknown consequences for the future.

Ion Raus is an Intelligence and Defense analyst since the last two decades he did manage Special Projects and Counter Information Operations on almost every continent. Today, Ion manages Defense Romania, a specialized media outlet in West Balkans and Eastern Europe. He can be reached at [email protected]