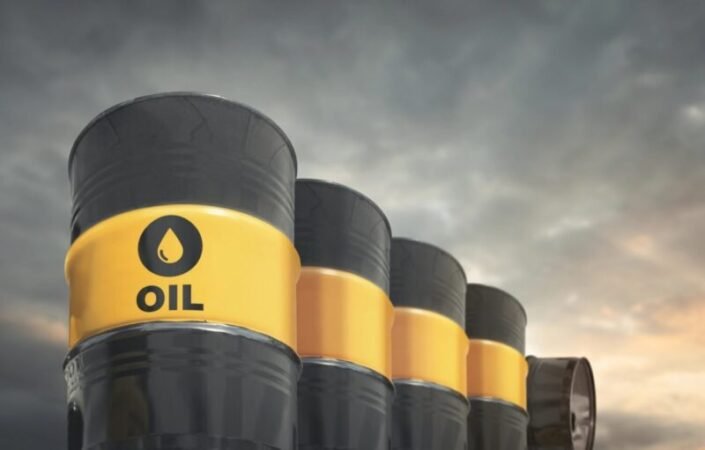 One of the main reasons for implementing an oil price cap in international relations is to mitigate the economic and political effects of fluctuating oil prices. High oil prices can lead to inflation, slow economic growth, and increased poverty, especially in countries that are heavily dependent on imported oil. Conversely, low oil prices can negatively affect oil-producing countries by reducing their revenues and destabilizing their economies.

There have been various attempts to establish an oil price cap in international relations throughout history.

There are several reasons for implementing an oil price cap:

It is important to note that the implementation of the oil price cap is not universally supported. There are arguments against it, such as it distorts market mechanisms, reduces competition and can lead to shortages.

The economic and political effects of an oil price cap can be both positive and negative.

It is worth noting that the effects of oil price caps vary from country to country, depending on their specific economic and political circumstances. It’s also worth mentioning that an oil price cap might not always be a solution and other solutions may be required.

The challenges of implementing an oil price cap

Implementing an oil price cap can be a complex and challenging task for a number of reasons. One of the main challenges is determining an appropriate level for the price cap. Setting the cap too low could discourage investment in oil production and refining, leading to shortages and higher prices in the long run. On the other hand, setting the cap too high could fail to provide relief to consumers and businesses that are struggling with high energy costs.

Another challenge is finding a way to enforce the price cap. One option is to use government regulations to control prices, but this can be difficult to implement and enforce, and can also create opportunities for corruption. Another option is to use market mechanisms, such as futures contracts, to control prices, but this can be complex and may not be effective in controlling prices in the short term.

Additionally, there are political challenges as well. For example, oil-producing countries may resist any attempts to limit prices, as it could negatively impact their economies. Similarly, powerful oil companies may push back against price caps, as they could reduce their profits.

There’s also the risk that price caps might not be successful in achieving their intended goal, for example, it might be possible for traders, speculators, and middlemen to find ways to bypass the price cap and continue charging high prices.

Also, there could be unintended consequences of implementing a price cap. For example, it could lead to shortages or black markets for oil, as suppliers may not be able to sell their products at the capped price. It could also lead to inefficiencies and market distortions, as suppliers may have less incentive to invest in new technologies or to find ways to reduce costs.

Therefore, implementing an oil price cap is a complex task that requires careful consideration of a wide range of factors.

The Group of Seven nations, Australia and the 27 European Union countries imposed on December 5 a price cap on Russian crude oil transported by ships, aiming to reduce Moscow’s ability to finance its war in Ukraine and preserve stability on the global oil market.

The price cap comes on top of an EU embargo on buying seaborne Russian crude oil as a measure aimed mainly at providing third-party countries with an option to still buy it if the transaction is at or below the price cap level.

The level will be reviewed every two months, starting in mid-January, to make sure it stays at least 5% below the average price for Russian crude as determined by the International Energy Agency. Each change in the cap will be unanimously agreed upon by all 27 countries of the European Union and then by the G7.

After each change of the cap, there will be a 90-day grace period to make sure no ship is caught at sea with cargo at a price that is no longer valid.

G7 and European Union insurance and reinsurance companies that provide services for tankers carrying Russian crude oil, as well as institutions financing Russian crude transactions, will not be allowed to handle such cargo unless the oil is bought at or below the price cap.

Shipping companies will not be allowed to provide tankers for transporting Russian crude unless the oil is sold at or below the $60 price cap.

Providing financial and shipping services for Russian crude oil is allowed if it is bought at or below the price cap as well as in an emergency. Specific projects which are essential for the energy security of certain third-party countries may be exempted from the price cap.

If a third-party country-flagged vessel intentionally carries Russian oil above the price cap, EU operators will be prohibited from insuring, financing and servicing this vessel for 90 days after the cargo has been unloaded.

EU-flagged vessels will be subject to penalties according to national legislation, but the EU is already working on a penalty of 5% of global turnover for companies that break EU sanctions.

India is buying Russian oil and even looking for term contracts as the terms of the sanctions allow purchases provided that Western services are not used.

Since the Russian invasion of Ukraine, India has steadily increased its purchases of discounted Russian oil. Those imports hit a record high in October, and Russia became India’s top oil supplier in terms of barrels per day.

However, India’s import from Russia is far less than EU countries.