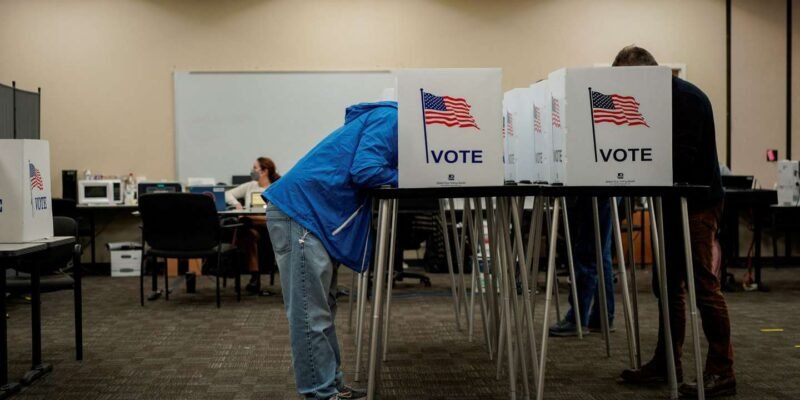 ‘It’s that time of the year’; in a week America goes to the poll again. Popularly termed as midterm elections in lieu of the incumbent president’s second year in office. The election cycle is slated on 8th November where the entire US House Of Representatives and some senate seats which could tilt balance of power in Washington are up for grabs.

In a tightly and thinly controlled Washington where Dems hold a razor-thin margin in both the house and the senate, the election is significant. The United States’ political milieu had undergone significant changes in the past few years and this election would be a test of the waters for both parties.

For republicans, this is a testing ground for 2024, as the conventional wisdom goes, the party out of power would attempt to take control of both houses so as to strip the incumbent in order to make ground work for a defeat later in the presidential elections. Supplemented with the conventional wisdom, this election is a test of many things for the GOP, for its defacto leader, former president Donald Trump,it’s political survival. Having lost the 2020 election, if republicans were to lose, the brand of MAGA politics will die.

For President Biden, this election is a referendum on himself. An embittered leader, Biden also bats for the political survival of his brand of politics of compromise. A loss would polarise the democratic party further pushing it to the left.

The republicans want to play it locally putting focus on rising gas prices, job crises and a nation reeling from post covid effect. While the democratic party wants to play nationally focusing on roe vs wade overturn, patchy yet successful pullout from Afghanistan and an almost victory in Ukraine

While it is true that the election is for the entire House of Representatives and 34 senate seats. The real race would be in few battleground seats, deciding the balance of power.

Here are those races; the free state of Florida is expected to see a face-off between Rep. Val Demings and Republican incumbent Marco Rubio. Demings a known name, although behind in the polls currently stands a chance to cater to the moderates in the states.

So is the case in ‘Red Georgia’, where Hershel Walker’s scandals can put him at loss vis-à-vis Democratic incumbent Raphael Warnock. Georgia’s 50 percent rule and runoff thereof can although prevent a victor on election night.

Nevada could be the game changer where the democratic incumbent Masto faces an uphill battle. As the state battles a flailing economy and worse hit by gas prices. Masto might be defeated by the republican challenger on election night, however, the margin would be narrow.

Beasley vs Budf faceoff; the open seat in North Carolina can aid or prevent either party’s control of the US Senate. A very close race is however currently tilted in favour of the Dems.

Trumpism would be in full display in Ohio where JD Vance and Congressman Tim Ryan battle.Vance currently leads but is a deeply flawed candidate, Ryan having better name recognition can pull a rare victory in the former ‘blue wall state’

Dr Oz vs Fetterman is a race to understand the psyche of voters at Penn State. The former Democratic lieutenant governor Fetterman leads but as the race tightens and trump goes for Oz, Penn State can surprise.

Ron Johnson is one of the oldest and longest-serving Republican members of the US Senate. His face-off with Barnes is for many a no deal but as the Roe debate engulfs Wisconsin, Barnes can pull off a victory.

Vis-à-vis the house, the momentum which sounded like a Red Wave just a few months ago is turning to be a whimper. The republican inability to drive the economy in every message and the roe vs wade overturning is certainly helping the Democratic Party. Although the poll suggests, republicans with a 70% chance to win the house, the thinning majority prediction can aid in a last-moment surprise win for the democrats.

The Republican gains are expected from the moderate districts in swing states where trump wouldn’t be on the ballot this time. Nancy Pelosi’s endeavour to change the discourse and make it national isn’t helping.

On the contrary, Democrats are expected to hold the senate with a similar or one net seat gain in Pennsylvania. Fetterman has the best chance to win the former republican seat.

The midterm election would be split in its outcome and might further polarise the country. As the day draws near, the chaos of the campaign would certainly unravel the celebration of the idea of popular rule in the oldest democracy of the world by further pushing it to extremes. The slugfest called democracy has essentially begun!