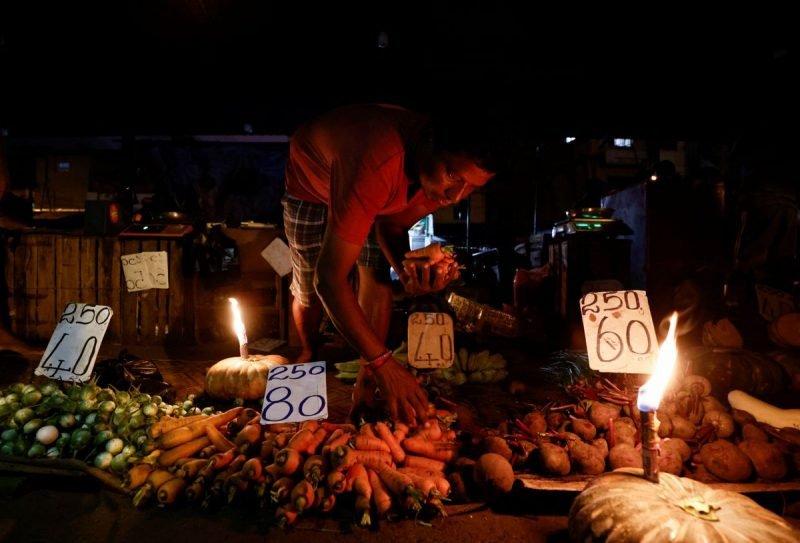 A vendor prepares a vegetables bag for a customer at the main market as the generator was broken, amid the country's economic crisis in Colombo, Sri Lanka, April 20, 2022. REUTERS/Dinuka Liyanawatte
PDF Button

Sri Lanka has begun discussions with China about refinancing its debt, a cabinet spokesman said on Tuesday, as Colombo struggles with its worst financial crisis in decades.

China has suggested to Colombo that it would prefer to refinance the debt, said Nalaka Godahewa, Sri Lanka’s media minister.

“Now since the IMF is willing engage with Sri Lanka the other countries are aware we have support. Already we have been promised support from the World Bank and other agencies,” Gohahewa said, adding discussions with Beijing were at an early stage.

Sri Lankan Finance Minister Ali Sabry was in Washington last week to talk to the IMF, the World Bank, India and others about financing help for the island nation, which has suspended payments on portions of its $51 billion in external debt.

Sri Lanka’s economy was hit hard by the pandemic and tax cuts by the populist government, leading to dwindling foreign currency reserves and shortages of fuel, food and medicines that have brought thousands onto the streets in sporadically violent protests.

China’s $3.5 billion of loans to Sri Lanka make it the joint-largest bilateral creditor.

China’s foreign ministry and its embassy in Colombo could not immediately be reached for comment.