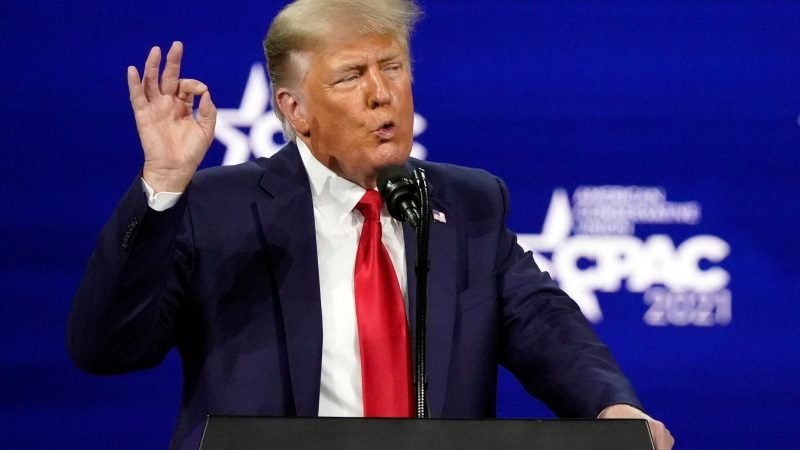 Donald Trump has called on Russian President Vladimir Putin, who launched an invasion of Ukraine last month, to reveal any compromising information he might have on US President Joe Biden’s son, Hunter.

The former Republican president returned to accusations he had repeated many times during his unsuccessful campaign against Biden in the 2020 presidential election.

In an interview excerpt broadcast Tuesday by Real America’s Voice “Just the News” show, Trump claimed that the wife of the mayor of Moscow gave $3.5 million to Hunter Biden.

“That’s a lot of money,” he said. “She gave him $3.5 million so now I would think Putin would know the answer to that. I think he should release it.”

“I think we should know that answer,” he added.

Trump has long claimed, without providing evidence, that the younger Biden received the funds from Elena Baturina, wife of the late Moscow mayor Yuri Luzhkov, in a bid to curry favor with Joe Biden.

Trump was impeached by the House of Representatives in 2019 for trying to pressure Ukrainian President Volodymyr Zelensky into digging up what he alleged was compromising information on Biden’s son, who had once worked for a Ukrainian energy company.

In his election campaign for the 2016 that he won, Trump publicly called on Moscow to find missing emails from his Democratic rival Hillary Clinton.

“Russia, if you’re listening, I hope you’re able to find the 30,000 emails that are missing, I think you will probably be rewarded mightily by our press,” Trump said in a July 2016 news conference.

Putin launched a full-scale invasion of Ukraine on February 24, with Ukrainian citizens paying a disproportionate price in attacks that are being investigated as war crimes.

Joe Biden has led the Western response of unprecedented sanctions and funneling weapons and aid to Kyiv, which has mounted an unexpectedly fierce resistance.

Biden himself has branded Putin a war criminal and stated recently that he “cannot remain in power” after his actions in Ukraine.