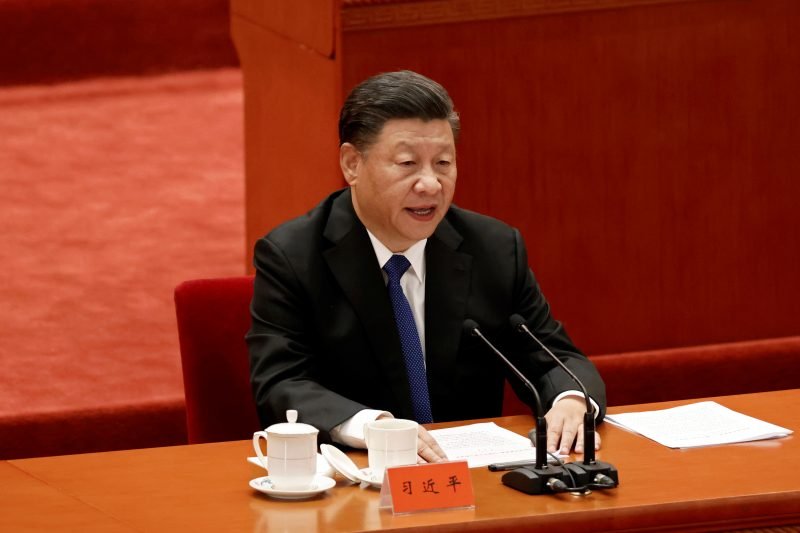 Amidst the rise of Adolf Hitler that led the world to unprecedented devastating World War II, the human civilization on earth had exposed to multipolar world order with the countries such as the UK (Allied Power) and Germany (Axis Power) as lead players and the Soviet Union, Japan, United States, etc. as regional players having their regional sphere of influences. Post-WWII, better known as the Cold War era, the world witnessed bipolar world order for about four decades led by the US, most democratic countries/bloc or NATO bloc, on the one hand, and by the USSR/Soviet Union, mostly communist-ruled countries/bloc or Warsaw Pact bloc on the other.

With the dissolution of the Soviet Union, the sole of Warsaw Pact bloc, in the early 1990s, the world had a unipolar world order, led by the US, the sole Super Power, for two-plus decades. Now with the unprecedented economic and military rise of the Middle Kingdom China, ruled by an authoritarian Communist regime, is belligerent to break the latest world order. And there is every possibility of China success given its current economic position as number one in Purchasing Power Parity (PPP) term and number two in US dollar term which is very imperative for building military strength if the leadership wish so unlike Japan which despite being economic power number two for several decades both during Cold War era and post-CW did not, during the phase of unipolar world order.

Chinese current leadership is revanchist. Since the ascendancy of Xi Jinping as Supreme Leader of the People Republic of China (PRC) in 2012, he is restless. In 2017, while addressing -after opening the five-yearly National Congress in the Great Hall of the People- for long three and half hours, he laid out his vision for the ruling Communist Party of China (CPC) and set out his plan for the country to become the “Global Power” and “World’s Super Power” within the next 30 years or by 2049 the centenary year of PRC. Apart from this, he explicitly wishes to get a military, which can fight and win any war anywhere in the world departing post-Mao Zedong Chinese strongman Deng Xiaoping’s long-held dogmatic policy of “Hide your strength, bide your time”.

And the most disturbing is Xi Jinping’s person-specific constitutional amendment in 2018, which specifies for a maximum of two terms -five years each- for any Chinese Supreme Leader, and the provision was religiously observed since its introduction in the late 1970s in post-Mao Zedong rule, to remain as the paramount leader of China for life. Now, he has been General Secretary of CPC and Chairman of the Central Military Commission since 2012 and President of PRC since 2013 having no visible opposition to his leadership or he has dismantled any opposition to his leadership.

If Chinese recent economic growth and building her army for self-defence or for maintaining peace in the region and the world as Super Power and as required given her place as a permanent member of UN Security Council, then her rise is not an issue of concern. But, PRC’s hunger for lands and attempts to occupy others’ territories and common human civilization’s heritage by force as seen on the Himalayas and Central Asia and East and the South China Sea respectively disregarding long respected bilateral and multilateral agreements are certainly not acceptable.

Along with China, India has experienced rapid economic growth (now third-largest economy in PPP and fifth largest in dollar terms), though not up to the scale of China, and has a hugely diverse population -may be within a few years she is world’s most populous nation overtaking China- and large densely populated territory. Since she, a democratic country, faces inimical encroachment attempts and the threat from China mainly given differing philosophy of governance and from Pakistan, which is intolerance towards her from the religious point of view, India has to build a military strong enough to protect her. And due to the iron-brother friendship between China and Pakistan, a unit primarily built targeting democratic-secular-liberal India, India has no alternative but to build a better relationship and military cooperation with her other neighbours and countries in the Indian Ocean Region (IOR), who are incidentally small and militarily weak, and expand her sphere of influence in the region –a la the US had in North America and the USSR in Eastern Europe and Central Asia before WWII- which makes India a regional Super Power even if India, the land of the apostle of non-violence Lord Buddha and Mahatma Gandhi, does not wish so.

In her attempt to remain powerful enough to retain her territorial sovereignty amidst encroachment attempts from Northern and Western land border, India has in the meanwhile become the world third largest military power in the conventional sense and fourth-largest military power in a non-conventional sense, and growing which is imperative given the presence of authoritarian belligerent Communist China in the close vicinity. Apart from this, India is a credible peace-keeper in any part of the world and has come forwards in extending helping hands to several countries in all inhabited continents as and when requested for though she has been dubiously denied UN Security Council permanent membership. Therefore, it is not a mistake to accept the notion that India is soon becoming a world power, if not Super Power.

The intercontinental revisionist Russian Federation though economically not that strong yet she retained now-defunct USSR military strength (both conventional and non-conventional). She under the rule of former authoritarian Communist Soviet Union residue and having constant threat to her largely uninhabited but resource-rich Eastern part of its territory from China and democratic encroachment from the western powers US and NATO which still retain Cold War-era mindset, Russian Federation can’t afford to lose world power status. Given this, Putin’s Russia resists expansion of NATO close to her territory resulting in a war-like situation in Eastern Europe, particularly in Ukraine and Belarus. If in the forthcoming summit level talk between the Supreme Leaders of two Nuclear weapons empowered Super Powers Joe Biden and Vladimir Putin any concrete agreement reached assuring Putin hidden agenda, Russia will start blocking energy starve China’s expansionist economic activities in the energy and resource-rich Central Asian region in Russian backyards which were in fact parts of now-defunct USSR. Expecting that possibility, Putin is reaching out to India through his government is not that happy with India’s closeness with the US vide her (India) membership in Quadrilateral Security Dialogue (QUAD) which lately looks like less a strategic military alliance; in fact, more so because India’s wishes to have a policy of strategic autonomy.

The above analysis explicitly says the future world will witness multipolar world order as it was seen in the first half of the 20th Century, the most particular between the First and Second World Wars. In this world order, China gave her ongoing military and economic build-up is going to replicate the Axis Power of WW II era and US-NATO is Allied Power with India and Russia most probable remain neutral or balancing power till they are not provoked to be part of any bloc in a fast-approaching phase of Cold War II which may end with the dissolution of PRC a la USSR in 1991. Wish the future only see a Cold War.