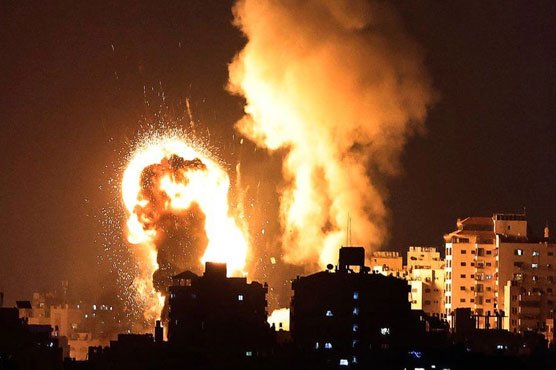 Israel launched an aerial attack with a number of missiles targeting an area on the outskirts of the Syrian capital of Damascus, Syrian state TV said early on Wednesday citing a military source.

It added the attack resulted in some material damage.