‘Why can’t we study?’ – Afghan girls still barred from school 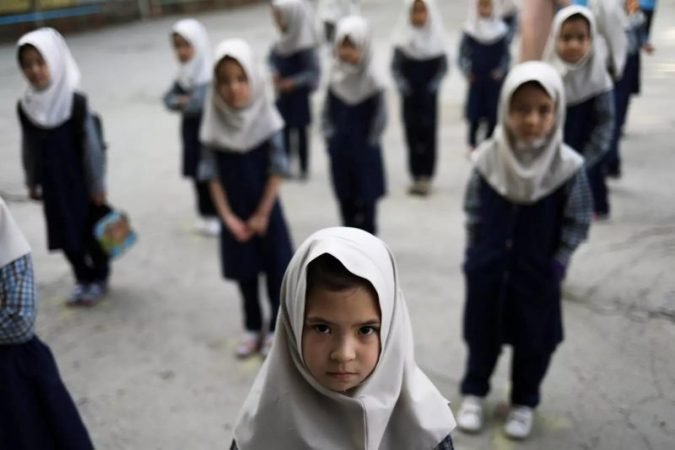 Afghan teenager Amena saw dozens of classmates killed when her girls’ school was targeted by an Islamic State bomb attack in May, but she was determined to continue her education.

Now, like most secondary school girls in the country, she is banned from lessons altogether after the Taliban’s hardline government excluded them from returning to class one month ago.

“I wanted to study, see my friends and have a bright future, but now I am not allowed,” 16-year-old Amena told AFP at her home in western Kabul.

“This situation makes me feel awful. Since the Taliban arrived, I am very sad and angry.”

On September 18, Afghanistan’s new Islamist rulers ordered male teachers and boys aged 13 and over back to secondary schools, picking up an academic year already cut short by violence and the Covid-19 pandemic.

However, there was no mention of women teachers or girl pupils.

The Taliban later said older girls can return to secondary schools, which were already mostly split by gender, but only once security and stricter segregation under their interpretation of Islamic law could be ensured.

Reports have emerged of girls going back to a few high schools — such as in Kunduz province where the Taliban promoted the return with a stage-managed rally.

The de facto Taliban education minister told the UN children’s body that a framework to allow all girls to go to secondary school will be announced soon, a senior UNICEF executive said Friday.

But for now, the vast majority are barred from lessons across the country of about 39 million people, including in the capital Kabul.

Primary schools, meanwhile, have reopened for all children and women can go to private universities, though with tough restrictions on their clothes and movement.

Amena lives just a short walk from her Sayed Al-Shuhada High School, where 85 people — mainly young girls — perished in the May bomb attack.

“Innocent girls were killed,” Amena said, her eyes welling up.

“I saw with my own eyes the dying and wounded girls.

“However, I still wanted to go to school again.”

Amena would be in Grade 10 studying her favourite subjects such as biology, but instead is stuck inside with a handful of books doing “nothing special”.

The teenager said she dreamt of becoming a journalist, but now has “no hope in Afghanistan”.

Her siblings help her at home, and occasionally she gets lessons from a psychologist who comes to see her younger sister, still traumatised by the school attack.

“They say: ‘Study if you cannot go to school — study at home so that you may become someone in the future.'”

“My brother brings home storybooks and I read them,” Amena said. “And I always watch the news.”

But she does not understand why boys are allowed to study and girls are not.

“Why can’t we study? Are we not part of society? Why should only boys have a future?”

After US-led forces ousted the Taliban in 2001, progress was made in girls’ education.

The number of schools tripled and female literacy nearly doubled to 30 percent, but the change was largely limited to the cities.

“Afghan women have made great achievements in the past 20 years,” said Nasrin Hasani, a 21-year-old teacher at a Kabul secondary school who now helps out with primary pupils.

But the current situation has “lowered both our and the students’ morale”, she said, questioning the Taliban’s reasoning.

“As far as we all know, the religion of Islam has never hindered the education and work of women.”

Hasani said she has not experienced any direct threats from the Taliban.

But Amnesty International reported that one high school teacher received death threats and was summoned for prosecution because she used to teach co-educational sport.

Hasani said she was clinging to hope that the Taliban will be “a little different” from their brutal 1996-2001 regime, when women were not even allowed out of their homes unchaperoned.

Born years after 2001, Zainab has no memories of that period and loved going to school until the Taliban directive.

The 12-year-old was stuck looking out of the window with a “terrible feeling” last month when boys went back to school.

“It is quite obvious that things get worse day by day”, said Zainab, whose name has been changed to protect her identity.

Her 16-year-old sister Malalay said tearfully that she had “feelings of despair and fear”.

Malalay, whose name has also been changed, passes her time helping around the house, cleaning, washing dishes and doing laundry.

She said she tries not to cry in front of her mother “because there are a lot of pressures on her”.

The teen had dreams of promoting women’s rights and speaking out against the men depriving her of her rights.

“My rights are to go to school and university,” she said.

“All my dreams and plans are now buried.”