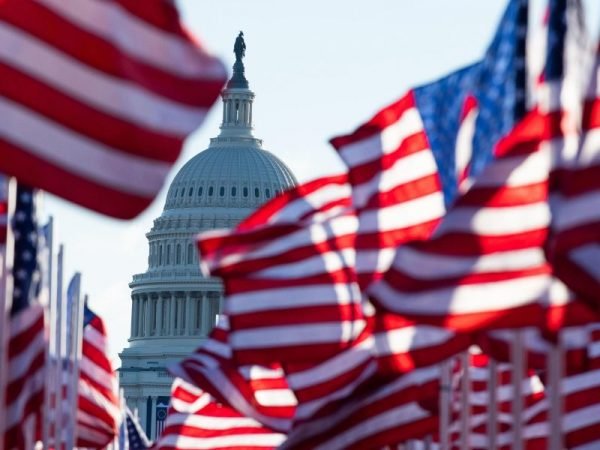 A new National Defense Strategy for the United States was announced by the Secretary of Defense in June’2008. This strategy is a cogent departure of the previous strategies as it affirms a shift against the irregular warfare- fierce struggle between the state as well as the non-state actors for authority/power and domination over the population, engaging the entire range of military and various capabilities to deteriorate the power, will and prestige of the adversary. The new strategy highlights the irregular challenges, and it also directs the intently monitoring of the increasing military power of various states. The army of United States must monitor the ability to vanquish the adversary states, including the states equipped with nuclear weapons.

The present and future of the entire world will be marked by the state of incessant clashes. Various terrorist organizations like-Al Qaeda will continue to threaten United States and its allies around the world. The intention of such groups is not to directly defeat the United States through battle, but they keep attempting to look for an advantage of the failed and the failing states and also the weak global order to sabotage the prosperity and security of the Americans. Hence, the proliferation of weapons of mass destruction, illegal trading of drugs, disputes over piracy, religious, ethnic and environmental resources are not just a danger in their own right, but such conflicts are among the various irregular challenges that such violent and terrorist groups can exploit opposed to the United States, the allies of United States and even to the entire international community.

As the threats that United States is facing and the ones that they will have to face in near future are irregular, so the military of the United States should demonstrate a mastery of irregular warfare in comparison to that which it used to possess in conventional conflicts. The U.S. military in Iraq has displayed flexibility in its capability to conduct concurrent operations all through the entire series of conflicts- from the limited interference to the crucial major conflict operations. Furthermore, as the main aim is to build capacity amongst the native populations to abide from such terrorist/violent groups, the policy of the U.S. should be an interagency effort, depending on various tools in addition to the military, and should also include an ample range of organizations like- the U.S. Agency for International Development, Department of State and Department of Agriculture. As per the National Defense Strategy: “Victory requires us to apply all elements of national power.”[1] Whereas, such interagency, the integrative initiative should also be an entirely multinational effort, which not only includes the military and civilian actors of the United States but also the allies, coalition nations and many other international organizations.

Given that the predominance of the United States in traditional warfare is viable for the medium-term given the latest trends of that time, the military of the United States should direct its investments on the capabilities of irregular warfare and analyse the areas which could be of greater risk.  One of the primary denouements of the National Defense Strategy was that in the international environment of that time, the Long-Wars and various irregular challenges  were the biggest threat to the security of the United States; the military of the United States should enhance its efficiency against the irregular challenges and threats. However, United States must closely keep an eye on the rogue states and should monitor the rising military power of various states. Actually, in view of the situation of the events that happened in Georgia in 2008, the National Defense Strategy is quite perceptive in terms of acting as an alarm (warning) of the aggressive behaviour of Russia at that time, particularly the domineering of its neighbours, recommends that it is analysing revived influence, and looking for a more prominent role globally.

The National Defense Strategy of 2008 has highlighted five objections for the armed forces of the United States:

In Iraq and Afghanistan, more than 1,50,000 soldiers of the U.S. Army were deployed who were at the forefront against the violent extremist groups at the Long war. After vanquishing the regime of Saddam Hussein, the ground forces of America had methodically adapted the counterinsurgency mission (COIN). The army of the U.S. will strongly stand in the “central fronts” of Afghanistan and Iraq, in huge numbers in order to train the security forces of the host nations and assist them regarding the destruction of such violent groups. Additionally, the army of the U.S. was completely ready to deploy in the form of large brigade combat teams (BCT’s) or many other agile Special force units all around the globe in order to administer/operate the full-spectrum operations in assisting and supporting the host nations and opposing the violent and terror groups.

At that time the focus of the U.S. Army was to prepare the forces and building skills for the operation COIN in Afghanistan and Iraq. Despite this mission, the army of the U.S. should also be prepared to provide the combatant commanders with adequate capabilities and forces which the army would require at the time and for any sort of operation all around the globe, from any sort of peacetime engagement of the military to major combat operations. It is very important that the army must ensure that its soldiers and all its units should be capable in order to achieve the vast variety of operations mentioned in the NDS.

For this they require:

The National Defense Strategy also contends for an army has full-spectrum abilities and also the capability to operate in an environment that is joint/multinational/interagency.  At that time in 2008, the army was out of balance as the demand for the land forces was more than the sustainable supply. Then, the army began to restore the balance with the help of a campaign plan that protects the all-volunteer force, protects and maintains the essential breadth and depth to the capabilities of the army and constructs the essential capability for the time to come. Even though the conflict can only be settled by exercising all the components of national power, expeditionary and campaign-capable land power continues to be the crucial component of the military.

The main responsibility for the government of the United States is to protect the people of America- in the words of the Constitution it is “provide for the common Defense”. The armed force of the United States has been serving as a bulwark of prosperity, peace and security for their people for more than 200 years. The United States, along with its partners and allies face significant challenges which include the hostile states equipped with weapons of mass destruction, fierce transnational extremist networks, threats related to cybersecurity, natural disasters, increasing competition for resources, pandemic disasters etc. In the process of anticipating and preparing for the better future, the Department of Defense should acknowledge such challenges as well. The strategic risks must be balanced, the tools that are in hand within the Government of the United States and with its allies internationally should be optimally utilized. In order for the United States to succeed, it must integrate and harness each and every component of national power and should work with its allies and partners internationally. They will not be able to achieve their goals if they will act alone.

The NDS depicts the general objectives and strategies to achieve the goals. It traces how the Department of Defense will support the goals laid out in the National Security Strategy, including the need to reinforce the alliances and work on building new partnerships to culminate the terrorism internationally and forestall assaults against the United States, its partner and allies; keep our enemies away from destroying our country, our partners and allies equipped with the Weapons of Mass Destructions (WMD); work with others to bring the regional contentions to an end, including the conflict intercession; and change the institutions of the national security to confront the challenges of the 21st century. The NDS follows up on these objectives, assesses the strategic environment, the challenges and the risks which must be considered to achieve them, and guides the way forward.

For the future to come, this environment will be characterized by an international struggle against a vicious radical ideology that seeks to abolish the global state framework. Beyond this transnational battle, United States will face different threats, including various irregular challenges, the mission by rogue states for atomic weapons, and the rising military force of different states. These are the challenges for the long-term period. Accomplishment in managing such challenges will require the orchestration of global and national power for years and decades to come.

Many violent extremist groups such as Al Qaeda and many such organizations encompasses complex and serious challenges. Just like Communism and Fascism before it, the ideology of the violent groups at that time rejected the norms and framework of the system globally. The adherents of such groups refuse the sovereignty  of the state, neglect the border and try to reject self-determination and human dignity whenever they acquire some power. These groups opportunistically misuse the regard of the norms for their own benefits, they hid behind the national and international norms when it is convenient to them and try to subvert them when it is not. The struggle to demolish such violent extremist groups will approaches that are innovative and long-term.

Some of the states are not capable of effectively protecting themselves or are incapable of working with the neighbouring countries to assure the regional security serves as a major challenge internationally. Sub-national groups that are equipped with weapons, including but not restricted to the ones that are inspired by such extreme violence, endangers the peace, legitimacy and stability of the key states. If such instability will not be checked within time, then it will spread and hamper the regions of interest of the United States, its partners and allies. The non-state actors and such insurgent groups often destroy the political, social and geographical conditions in order to create a safe shelter for them so that they can freely function from there.

Similarly, the Rogue states like- Iran and North Korea terrorize/threaten the global order. The regime of Iran promotes terrorism and attempts to destroy the flourishing democracy in Afghanistan and Iran. The quest of Iran for nuclear technology and enhancing capabilities leads to severe challenges to the country’s security. The regime of North Korea is also of serious concern for the U.S. and many of the international partners due to its nuclear and missile proliferation. The Republic of Korea had also been threatened by the regime of North Korea with their military and the neighbours of the Republic of Korea had been threatened by missiles. Furthermore, North Korea with the help of its illegal activities such as duplicating the currency of the U.S., drug trafficking and barbarous treatment with the citizens of its own country had created instability.

The strategy that is discussed in the National Defense Security documents is the result of the evaluation of the present and the future strategic environment. The United States, and specifically its Department of Defense, won’t win the Long Wars or effectively address various challenges to security all alone by itself. Creating a new consensus for a world that is livable needs consistent efforts and unity of purpose with the allies and partners of the United States. I agree, with the fact that the just United States alone won’t be able to achieve all of its security objectives hence, constant support from its partners and allies would be helpful in making the world a better and secure place.