Taliban say do not want to fight inside Afghanistan’s cities 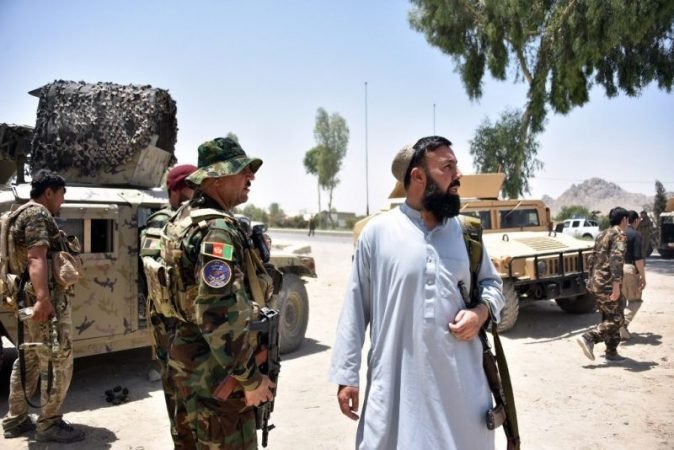 The Taliban do not want to battle government forces inside Afghanistan’s cities and would rather see them surrender, a senior insurgent leader said Tuesday, as the militants also warned Turkey against extending its troop presence.

The hardline Islamist group has swept through much of the north as foreign troops complete their withdrawal, and the Afghan government now holds little more than a constellation of provincial capitals that must largely be resupplied by air.

As security deteriorates, France on Tuesday became the latest country to call on its citizens to leave — offering them a last flight out of Kabul, free of charge, on Saturday.

Earlier, the head of a Taliban commission that oversees government forces who surrender urged residents of Afghanistan’s cities to reach out to them.

“Now that the fighting from mountains and deserts has reached the doors of the cities, Mujahiddin (Taliban) don’t want fighting inside the city,” Amir Khan Muttaqi said in a message tweeted by a Taliban spokesman.

“It is better… to use any possible channel to get in touch with our invitation and guidance commission,” he said, adding this would “prevent their cities from getting damaged”.

The strategy is one well-worn by the Taliban — particularly during their first rise to power in the 1990s — cutting off towns and district centres and getting elders to negotiate a surrender.

Hours after Muttaqi’s message, a rush-hour roadside bomb blast in the centre of the Afghan capital killed four civilians and wounded 11 others, police said.

The Badghis province capital saw sustained street fighting last week in the first assault by the Taliban on a major urban centre since foreign troops commenced their final withdrawal in May.

The call also came the same day as a video emerged that CNN said it had verified, showing a group of Afghan commandos being gunned down by the Taliban in June after surrendering.

In a separate statement Tuesday, the Taliban said Turkey’s decision to provide security to Kabul airport when US-led forces leave was “reprehensible”.

“We consider stay of foreign forces in our homeland by any country under whatever pretext as occupation,” the group said, days after Ankara agreed with Washington to provide security for Kabul airport.

As foreign forces wind up their withdrawal — due to be completed by August 31 — the situation on the ground is changing rapidly.

The top US general in Afghanistan relinquished his command Monday at a ceremony in the capital, the latest symbolic gesture bringing America’s longest war nearer to an end.

The pace of the pullout — and multiple offensives launched by the Taliban — have raised fears that Afghanistan’s security forces could be swiftly overwhelmed, particularly without vital US air support.

Peace talks between the insurgents and the government supposedly taking place in Doha have largely fizzled out, and the Taliban now appear set on a complete military victory.

But claims by the hardline group that they control 85 percent of the country are impossible to verify independently — and strongly disputed by the government.

In Washington, Pentagon spokesman John Kirby said success fending off the Taliban would depend on the country’s leaders, and not so much what the US does.

“They know what they need to do,” Kirby told reporters.

“That’s really going to be the test here in the coming weeks and months.”

In the latest fighting, local officials said the Taliban had captured two districts in the largely Shiite Hazara province of Bamiyan.

During their repressive rule two decades ago, the insurgents drew international outrage by blowing up giant centuries-old statues of Buddha in Bamiyan.