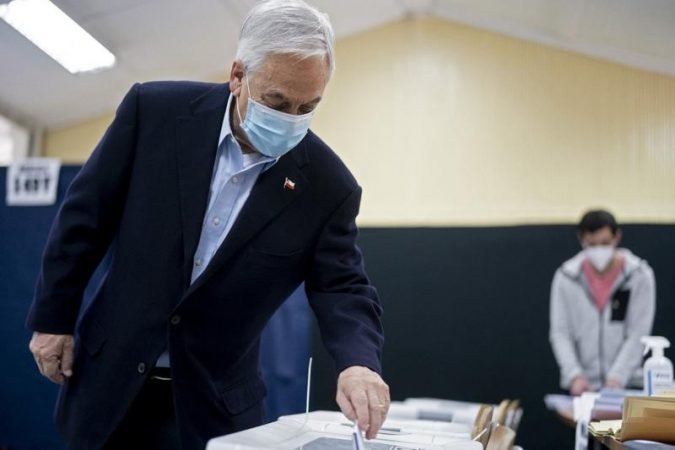 Chile’s center-right ruling coalition looks set to fail in its bid to keep control of the body drafting the country’s new constitution, falling short of one-third of votes for its list of new delegates with 69% of votes counted.

The coalition, Chile Vamos, has secured just 21% of the votes, according to the electoral authority Servel.

Underscoring Chileans’ deep mistrust of its political class, independent candidates emerged as the big winners of the weekend vote to pick 155 men and women to rewrite the current charter drafted during the 1973-1990 dictatorship of Augusto Pinochet.

President Sebastian Pinera’s coalition had sought at least a third of seats as any proposal for the new constitution will needs at least two-thirds’ approval.

CNN’s local channel in Chile projected independents would win 45 seats, Chile Vamos would gain 39, the centre-left 25, the far-left 28 and a small coalition would take one seat. Seventeen seats have been reserved for members of Chile’s indigenous communities, who are not mentioned in the present charter.

Marcela Cubillos, a senior figure in the Chile Vamos coalition, said the results made clear the right would need to forge new alliances.

“The results that we are seeing today make the construction of these agreements essential,” she told reporters.

“We are looking for a new treaty for our indigenous populations, to recover our natural resources, build a state that guarantees universal social rights,” he said. “The right doesn’t have its third – we’re going to start from scratch and build a new Chile.”

Changing the constitution was a central demand to emerge from fierce social protests that erupted over inequality and elitism in October 2019.

Since then, the government’s popularity has fallen even further amid COVID-related poverty and joblessness and due to its attempts to block citizens from drawing down their privately held pensions.