“US Will Lose The War Against China”: Former US Marine Corps on Taiwan 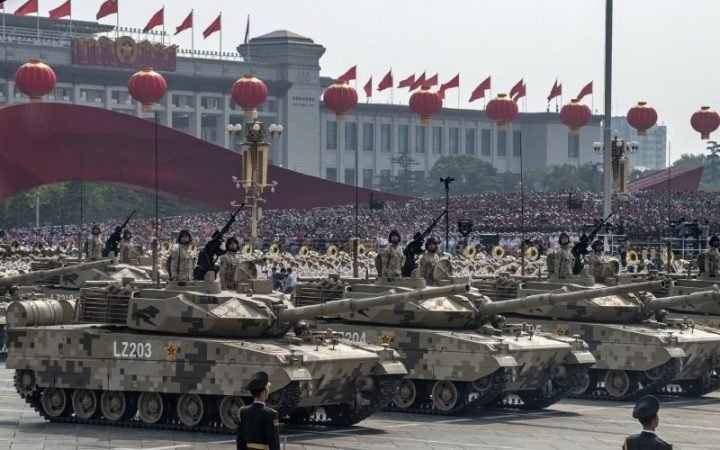 With tensions in Taiwan rising, and many anticipating involvement of the US in case of a hostile breakout, former Marine Officer Franz Gayl advises in an opinion piece in Chinese Global Times against going on a war with China. While the Americans may be confident in their war strategies with their almost ‘invincible military’ attitude, they shouldn’t underestimate the Chinese dynasty and treat them like a ‘peer superpower.’

With his thirty-five years long illustrious career, Franz Gayl is much recognized for saving the lives of countless troops in Iraq and now serves as a civil servant in the Pentagon. In his article for the Global Times, Gayl draws parallels to the Vietnam war recollecting the pressure of the American Friends of Vietnam lobby that led the US into committing to the war, resulting in a huge loss of American lives on Vietnam soil. A similar narrative is seen to be created by the Democratic Progressive Party’s ( DPP’s) champions in the US congress dismissing ‘omens of fanatical China grit’ and creating a ‘China-bashing and Taiwan-coveting echo chamber’, he says.

The US should take into deep consideration the Chinese ‘never say die’ attitude and their unabating rise from ruins. “China’s history of the whole-of-society commitment to core national security priorities is legendary… Twentieth-century Chinese civil war losses ranged between 5 and 8 million, and 360,000 Chinese died in Korea while routing and humiliating US and UN forces. In each case, the dynasties emerged stronger,” he remarks. China also shares a binding defence treaty with North Korea and its strong ties to Russia should not be overlooked.

Moreover, the US’s motivation and interests in Taiwan are frankly corrupt, with the increasing arms sales and defense expenditures on the US Indo-Pacific Command benefiting all parties involved from the tension. In such a case, waging a war on an enemy as powerful as China isn’t logical, especially when there is no direct ‘existential threat of Taiwanese conflict’ to the United States as such. The loss of American blood and resources isn’t worth the intervention. He further adds, “The US can think whatever it wants about China’s ideology, culture, Xinjiang and Hong Kong policies, and sovereign claims to Taiwan, Hong Kong, and surrounding seas. But, whether the US likes it or not, those are ultimately China’s internal affairs.”

The rational way forward for the US would be to advise the Taiwanese secessionists to peaceably accept “one country, two systems” and cease its “independence” ambitions. If defied, the US could rescind the Taiwan Relations Agreement (TRA) and stand down in the conflict to avoid getting attacked in the crossfires. He parts with the thought,” In view of the violent political polarization of the US at home, an ill-advised foreign war with no path to victory would only serve to accelerate America’s decline.”

However, there’s no reaction from the Washington or American media to confirm the identity of the author. China has been notoriously known for creating fake personalities for the news bylines. Recently, the Chinese were accused by French media Le Monde of creating a fake French journalist to defend against Uighur genocide allegations