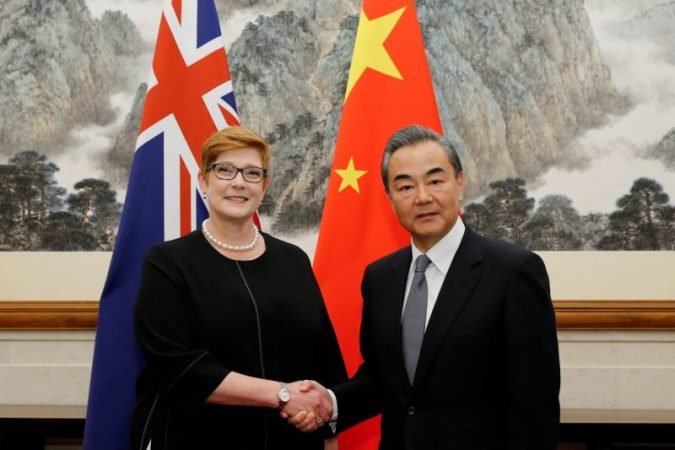 Australia on Wednesday announced it would revoke a state government’s deal to join China’s Belt and Road Initiative, saying it was inconsistent with the nation’s foreign policy.

Canberra last year introduced new laws widely seen as targeting China that allow it to scrap any agreements between state authorities and foreign countries deemed to threaten the national interest.

Foreign Minister Marise Payne said Wednesday the federal government would override the Victorian state government’s decision to sign up to the Belt and Road Initiative (BRI) — a vast network of investments that critics say is cover for Beijing creating geopolitical and financial leverage.

Payne said two documents signed in 2018 and 2019 respectively — a memorandum of understanding and framework agreement — were among four she would tear up under the new powers.

“I consider these four arrangements to be inconsistent with Australia’s foreign policy or adverse to our foreign relations,” she said in a statement.

The announcement comes at a time of deteriorating relations between Beijing and Canberra, with the two governments at loggerheads over trade and competing for influence in the Pacific.

Australia has already infuriated China by calling for an independent probe into the origins of the coronavirus pandemic, which emerged in the Chinese city of Wuhan, and its latest move is likely to further inflame tensions.

Payne also said she would revoke a 2004 memorandum of understanding between Victoria’s education department and Iran, as well as a scientific cooperation agreement the department signed with Syria in 1999.

The BRI agreements were inked after Victoria launched an “ambitious” 10-year strategy aimed at bolstering relations with China, but provided only a “framework for future cooperation” and were not legally binding.

But it was widely expected that Canberra would intervene after Prime Minister Scott Morrison voiced his opposition to the plan.

Under Australia’s constitution, the federal government is responsible for foreign affairs and defence. States typically deliver services such as health and education but in reality there is frequent overlap.

A Victorian government spokeswoman told national broadcaster ABC: “The Foreign Relations Act is entirely a matter for the Commonwealth government.”

The new legislation applies to publicly-funded institutions but does not cover commercial deals.

Diplomatic relations between the two countries have reached their lowest ebb since the deadly 1989 Tiananmen Square crackdown, with clashes throughout 2020 extending to human rights issues in Xinjiang and Hong Kong.

China has slapped tariffs on more than a dozen Australian products in what many see as punishment for Canberra’s increasingly assertive stance against its largest trading partner.

Payne said she would “continue to consider foreign arrangements” but expected the “overwhelming majority” would not be affected.

However the presence of Chinese government-backed Confucius Institutes at Australia’s public universities remain in doubt, amid ongoing criticism they promote the Communist Party’s self-serving version of Chinese culture and history.