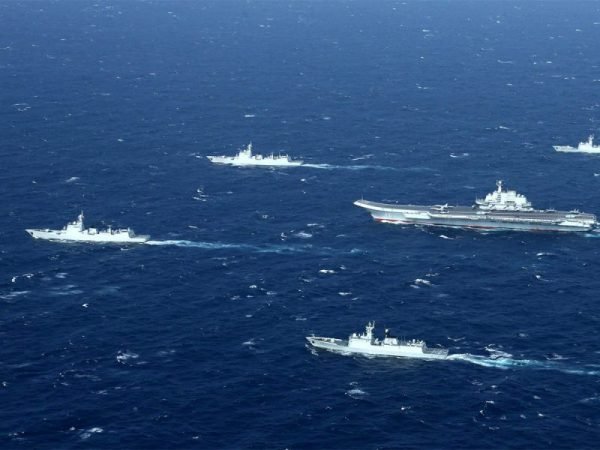 The Philippines urged China on Sunday to recall more than 200 Chinese boats it said had been spotted at a reef in the South China Sea, saying the presence of the vessels violated its maritime rights as it claims ownership of the area.

Authorities said the Philippines coast guard had reported that about 220 vessels, believed to be manned by Chinese maritime militia personnel, were seen moored at the Whitsun Reef, which Manila calls the Julian Felipe Reef, on March 7.

“We call on the Chinese to stop this incursion and immediately recall these boats violating our maritime rights and encroaching into our sovereign territory,” Defence Minister Delfin Lorenzana said.

The Philippine military had conducted air and maritime patrols in the South China Sea to further validate the report, spokesman Marine Major General Edgard Arevalo said, but did not say when.

The military had submitted its findings to other government agencies, and they would be used as basis for taking “appropriate actions not limited to filing diplomatic protests”, he said in a statement, without elaborating.

“The (Armed Forces of the Philippines) will not renege from our commitment to protect and defend our maritime interest within the bounds of the law,” Arevalo said.

Chinese boats have fished near the reef for a long time, and recently, some have been sheltering in the area due to sea conditions, said China’s foreign ministry spokeswoman Hua Chunying on Monday.

“I think this is very normal, and hope all sides can view this rationally,” she said at a daily news conference.

Foreign minister Teodoro Locsin, asked whether he would file a diplomatic protest over the boats, told a journalist on Twitter: “Only if the generals tell me. In my watch, foreign policy is the fist in the iron glove of the armed forces.”

The vessels are fishing boats believed to be manned by Chinese military-trained personnel, according to Philippines security officials.

The vessels’ presence in the area raises concern about overfishing and the destruction of the marine environment, as well as risks to safe navigation, a Philippine cross-government task force said late on Saturday.

An international tribunal invalidated China’s claim to 90% of the South China Sea in 2016, but Beijing does not recognise the ruling. China has built islands in the disputed waters in recent years, putting air strips on some of them.

Taiwan, Malaysia, Vietnam, the Philippines and Brunei all claim parts of the sea.

In January, the Philippines protested at a new Chinese law allowing its coast guard to fire on foreign vessels, describing it as a “threat of war”.

The United States has repeatedly denounced what it called China’s attempts to bully neighbours with competing interests, while Beijing has criticised Washington for what it calls interference in its internal affairs.

The Whitsun Reef is within Manila’s exclusive economic zone, the task force said, describing the site as “a large boomerang-shaped shallow coral reef at the northeast of Pagkakaisa Banks and Reefs”.

The task force vowed to continue “to peacefully and proactively pursue its initiatives on environmental protection, food security and freedom of navigation” in the South China Sea.