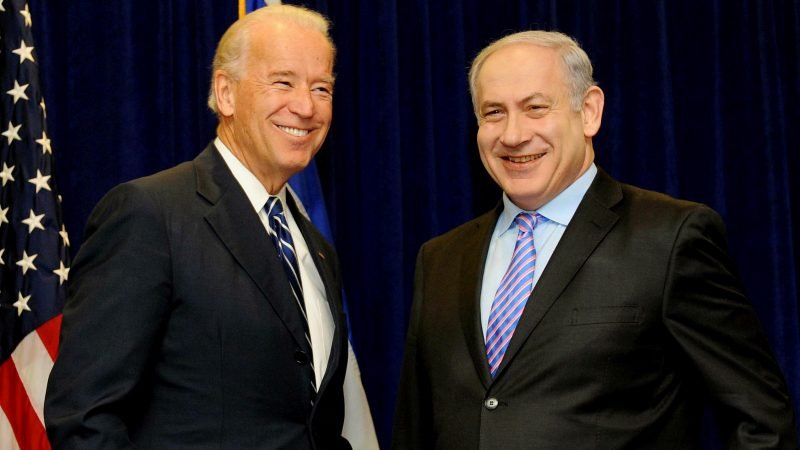 EXECUTIVE SUMMARY: The Biden administration’s targeting of the US’s longstanding alliances with Israel and Saudi Arabia in order to placate Iran is not only immoral but disastrously counterproductive.

The Islamic Republic of Iran appears to have concluded that the eagerness of the new US administration to reengage with it and resuscitate the nuclear deal gives it carte blanche to engage in violent acts of provocation. On February 15, 2021, for example, Tehran launched a missile attack on Erbil’s international airport, killing a contractor and wounding several US personnel and Iraqi civilians. On February 26, Iran attacked the Israeli-owned cargo ship MV Helios Ray in the Persian Gulf.

Saudi Arabia, concerned about the swing US foreign policy is taking, is making efforts to improve relations with the Biden administration. It ended its feud with Qatar and released several activists, including Loujain Hathloul, the leader of a campaign to allow Saudi women to drive, who was arrested in 2018.

Despite these efforts, Biden’s administration is going to put Riyadh’s feet to the fire. Administration officials have voiced serious concerns about Crown Prince Muhammad bin Salman, whom they criticize for silencing royal rivals, arresting clerics and activists, and participating in targeted killings. White House spokeswoman Jen Psaki said the US expects Saudi Arabia to improve its human rights record, which should include releasing women’s rights activists and other political prisoners.

The Biden administration plans to declassify a US intelligence report on the death of Jamal Khashoggi that the Trump administration refused to make public. Biden will also temporarily pause arms sales to the kingdom totaling $478 million and halt the transfer of advanced fighter jets and precision munitions to Saudi Arabia. Secretary of State Antony Blinken has imposed visa restrictions on 76 Saudi individuals allegedly involved in threatening dissidents overseas, including but not limited to the Khashoggi killing.

The Biden administration’s desire to reengage with Iran over the nuclear deal will require regional support, but freezing weapons sales sends the wrong signal to Saudi Arabia and other Gulf allies. The administration has also frozen the $23 billion sale to the Emirates of 50 F-35 fighters and 18 Reaper drones. President Donald Trump approved that deal last fall as an inducement for Abu Dhabi to normalize diplomatic relations with Jerusalem as part of the Abraham Accords, one of Trump’s greatest achievements.

The systematic unraveling of the relationship with Saudi Arabia started with the withdrawal of US support for operations by the Saudi-led military coalition fighting the Iran-aligned Houthi movement in Yemen. This was followed by the removal of the Houthi movement from the US government’s list of foreign terrorist organizations, a list to which it had been added by the Trump administration as part of a broader pressure campaign against Iran.

It is evident that President Biden, in an act of diplomatic malpractice, is desperately trying to placate Iran and reenter the failed JCPOA nuclear deal. He appears to agree with Tehran that the arms embargo should be lifted—a development that would constitute a major political victory for Tehran against the US, its allies, Israel, Sunni Arab states, and regional powers. If the US reenters the 2015 nuclear deal with Iran, it will undermine the progress achieved in normalizing relations between Arab states and Jerusalem.

The immediate product of Biden’s outreach to Tehran is a ratcheting up of Iranian acts of violence and provocation. Israeli security officials believe Iran’s Revolutionary Guard Corps was behind the missile attack on the Israeli-owned cargo ship MV Helios Ray in the Persian Gulf and have reportedly retaliated by striking Iranian targets in Syria. The striking of an Israeli ship is a clear message of extortion from Tehran to Jerusalem and Washington: Iran will make both of them pay if it does not get what it wants from Biden’s government.

On February 15, Iranian rockets struck Erbil’s international airport and residential parts of the Iraqi city, killing a contractor and wounding other US personnel as well as Iraqi civilians. On February 27, several blasts were heard in Riyadh—most likely drone attacks by Iran-backed Houthi rebel fighters in neighboring Yemen.

Israeli officials say that no matter what Washington does with regard to the nuclear deal, they will do whatever it takes to prevent a nuclear-armed Iran. In an interview on Channel 13, PM Netanyahu said: “I told Biden, with or without an agreement, my obligation as the prime minister of Israel, as the prime minister of the Jewish state, is to prevent a recurrence of the terrible things that have been done to our people.”

Dr. Frank Musmar is a financial and performance management specialist and a non-resident research associate at the BESA Center.