The Pope in Iraq: A critical appraisal 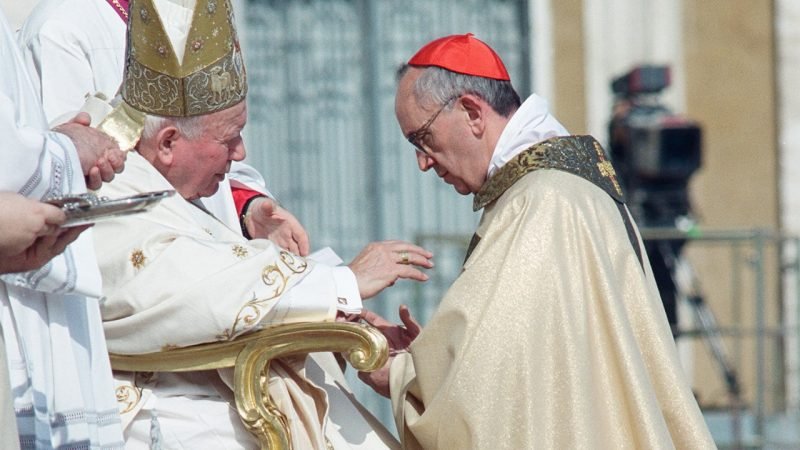 When Jorge Mario Bergoglio took over the Papacy from Pope Benedict XVI as Pope Francis in 2013, he became a man of many firsts. He became the first Pontiff, and also the first Pope, from the Americas. He also became the first Pope in the modern era to be elected after a papal resignation.  Recently, the Pope added another first to his kitty- he became the first sitting pontiff to embark upon a multiday trip to Iraq. This meeting has led many to trace the history of the name Francis. Scholars of the Papacy hold that Pope Francis chose his name as he was inspired by St. Francis at the time of the Fifth Crusade. St Francis set out to establish peace between Christians and Muslims at a time when the Papacy had set out on a military expedition to recover the Holy Land from the Muslims.

Pope Francis has attempted to establish peace with the Muslim community by making many historic visits to the Middle East and meeting many prominent leaders of the Muslim world. He visited Jordan and Palestine in 2014. In 2017 he visited Egypt where he met the Grand Imam of Al-Azhar, an influential seat of Islamic learning in the country. In 2019, the Pope visited the UAE and Morocco. Now in the midst of a terrible global pandemic, the octogenarian Pope met the nonagenarian Ayatollah Sistani. The Pope “felt duty-bound to visit a place martyred for so many years”. Hailing Iraq as a “land where faith was born”, the Pope praised the multicultural nature of Iraq.  Ayatollah Sistani “affirmed his interest in Christian citizens living like all Iraqis in peace and security while preserving all their constitutional rights.”  The Pope’s meeting with the Ayatollah is historic, and is widely seen as an event capable of ameliorating the dire conditions of Iraq’s ever-dwindling minority Christian population.

The Pope’s visit, however, was also criticized by a section of the Iraqi populace. His visit increased the risk of a fresh COVID outbreak. The Pope’s events are being seen as potential super-spreaders of the Corona Virus, given the fact that most of his engagements were held in poorly ventilated crammed halls with the people not adhering to social distancing. The Ayatollah and the Pope also came under criticism from a section of the Iraqi populace for not taking due precautions themselves- neither the Ayatollah nor the Pope wore face masks. The Iraqi authorities unveiled a giant security cordon in wake of such a high profile visit, which left many people stranded. This prompted some to comment that the two leaders have met at the cost of the convenience of the Iraqi populace.

Pope’s meeting with the Ayatollah must be seen as a silver lining at the end of the day. After all, not many Popes have longed for peace and coexistence with the people of Iraq. That the pope has held out an olive branch, however symbolic, is something that no other Pope has done. It is primarily for showing this intent that Pope Francis has to be commended. He has lived up to his idol- St. Francis. As a word of caution, however, it must also be realized that one cannot really clap using one hand. Pope Francis has called for a multicultural Iraq. Now, it is for the Iraqi populace to live up to its multicultural tag. On its part, the Christian community must also realize that they have, over the years done more harm than good in Iraq. If the Pope believes that Iraq must truly heal, the Papacy must walk the talk, rather than indulging in rhetoric. After all, actions speak louder than words.