US Ambassador Juster bids adieu; Addresses pillars of diplomatic ties, China and the Indo- US trade 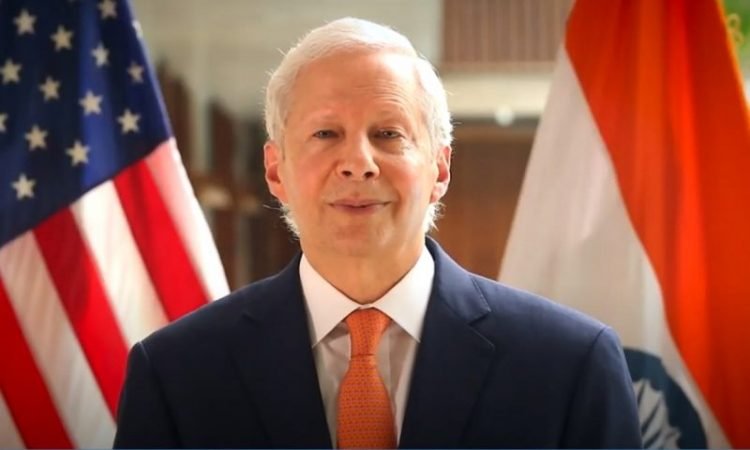 Recalling the landmark diplomatic achievements in his tenure as the US Ambassador to India, Kenneth I Juster talked about the growing partnership between India- US, the upcoming challenges and threats with respect to ‘Chinese aggression’ and the ‘frictions and frustrations’ in the Indo-Pacific trade sanctions.

Commenting on one of the pillars of Indo-US co-ordination that is Defense at his farewell event organised by the US Embassy and the Observer Research Foundation on Tuesday, Ambassador Juster addressed Washington’s support to Delhi as India’s confrontation with China bubbles at the border. “I believe that no country has as strong and robust a defence and counterterrorism relationship with India as does the United States. Simply put, no other country does as much to contribute to the security of Indians and India”, he said. While he refused to comment on whether the U.S. had alerted India to China amassing troops along the border earlier this year, he confirmed US co-operation over the standoff. Ambassador Juster also remarked that with the continued partnership with the United States, India would present as a ‘great alternative destination’ to China in terms of trade and economic development. He urged the Indian government to seize this strategic opportunity and take further action.

This comment was in response to his concerns of certain ‘frictions and frustrations’ that the economic relationship between the two countries face as despite continued efforts they were unable to conclude even a small trade package. He expressed his disdain to the current limitations on data and increased tariff on certain products from the States that has created a “less-than-predictable regulatory environment for investors”. Recognizing India’s pledge on self-reliance, Juster stressed that India’s economic trajectory can only excel with trade openness and easing of restrictions.

When asked about the US CAATSA sanctions against Iran, North Korea and Russia, Juster said these were “never designed to harm friends and allies”. In a snide attempt to address India’s purchase of the Russian-made S-400 air defence system, the Ambassador claimed that in this security environment, it is worth considering how effectively one piece of equipment will integrate into a broader system and strategy and whether a particular purchase today will pave the way for — or preclude — future acquisitions of more sophisticated technology. He also mentioned the US’s interest to do more for India as India desires to produce more of its military equipment within the country. “Will the evolving international environment requires India to adjust how it expresses strategic autonomy?” he questioned. “Might practical security needs necessitate building closer operating relationships with a smaller circle of trusted, like-minded partners to best preserve India’s independence of action while protecting it from coercion?  And with which nations does India have the best chance of realizing its own ambition of a vibrant, indigenous defence industrial sector?”, he added

Another aspect the American envoy spoke was continued cooperation in health and biomedicine as the world fights the perils of the Covid-19 pandemic. With India being US’s second-largest producer of medicinal drugs and Washington funding over $266 million to India in combating the virus, this is one sector which would see the growing partnership in the future.

With the US being at the cusp of changing administration, Ambassador Juster claimed no change in the way the US perceived its commitment towards India and left the ball in India’s court. “India’s armed forces will find no better partner than the U.S. military.  U.S. actions over the past few years – and in recent months – have reaffirmed this commitment.  I fully expect the new Administration to continue where we leave off, with the choice of how quickly and how far to move on bilateral defence cooperation largely up to the Indian Government.”, he said.