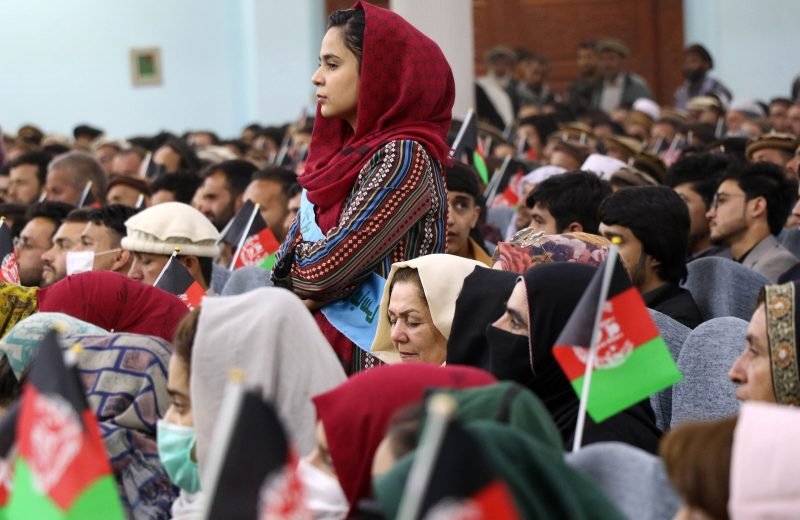 Scene 1:- The curtain cleaves a moment frozen in time: Dust from 70’s Kabul hangs mid-air as a clique of young women makes its way downtown. What stark contrast their vivacity to the grim onslaught of years that followed! In frame: their conspicuously western clothing. The stage is set for debate.

Scene 2:- An actress posts support for Afghan women from the comfort of her home even as her country ditches a nation it wolfed down; A tremulously termed ‘neo-colonization’ concludes as a futile war leaves socio-cultural ruin upon a society from which it may never recover.

Viewing the flood of opinions that espoused or denounced the aforementioned scenarios in isolation would be a grave mistake; they converge most exigently into heated discourse over the white saviour complex. From the British touting ‘White Man’s Burden’ to justify their colonization of the ‘uncivilized’ Afghans to Twitterati lamenting the fall of the western-attired, modern Afghan women of the photograph, it would appear that Western standards are presumed as the cornerstone of all civilizational success.

That every society should aim at westernization if it wants to escape the pity of WiFi wielding SJWs who purport anything traditional as penurious, arises from Western lifestyle being marketed as an aspirational commodity, a patent product of the Occident’s economic success. Conversely, the ethnic is made synonymous with backwardness, even if the East’s economic tardiness in all actuality is a legacy from long years of colonial rule.

In October, the Defence Secretary of the United Kingdom called Afghanistan a ‘broken, 13th-century country’. Indian Express was quick to note the irony of his statement: While Europe of the 13th century was the hub of human history’s darkest days of stagnation, Afghanistan of the same period stood witness to the resplendence of the Islamic Golden Age.

It has been variously argued whether the yardstick of using western wear as a means of showing the ‘modern-nature’ of Afghan society in the ’50s is at all valid, especially when western neo-imperialism itself was a catalyst to the Taliban that went on to curtail the rights of Afghan women so stringently. Twitter threads of white feminist echo chambers have watered down all disquisition over human rights depredation into simulacra of how unfortunate the Afghan women are in their deprivation of western clothing, thereby diluting the Western world’s culpability in their downfall.

A discourse of choice is jarringly absent from western feminism in the context of the Middle East. The travesty befalling the women of Afghanistan isn’t so myopic as an inability to consume Western commodities, but rather a lack of optionality betwixt the bien pensant and the colloquially ‘modern’. It is the choice between a secure, aspirational future and the uncertainty of life in a torn land, that is absent, something that a gated mainstream feminist discourse cannot fathom. It is the hope on the faces of the women in the photograph that should be subject to spotlight: the by-gone dreams of a modern nation emerging out of the chrysalis of colonialism, hurtling unfazed towards a new dawn. This is what neo-colonialism and cold war politics stole from the masses of Afghanistan, and this is what the West downplays in the sale of its own purported modernity as an aspirational end goal to the ‘third world’.

Feminism in this context seems a convenient resort for mildly inconvenienced consciences to ‘play’ at human rights alleviation, a West-apologetic whitewashing of narratives that would implicate a very specific set of wealthier nations for the chaos raging across the Middle East.

In the aftermath of the complete takeover by the Taliban, Antonio Guterres tweeted this:

Bold words when the UN has quite overtly failed the women of Afghanistan and human rights everywhere. The backlash received was all but imminent. While the UN scrambles to keep the USA appeased and retain the global community’s trust, the balancing act has once again landed it in the middle of a guttural tangle of voices mourning the undoing and absolute obliteration of a Nation.

While Angelina Jolie’s remarkable service to the cause of human rights as Special Envoy to United Nations High Commissioner for Refugees shadows her genuine consternation for Afghanistan in October, criticism came from quarters that considered the American actress’ words too little, too late. It isn’t just Jolie who was a mute spectator to the USA’s role in the destabilization of the Afghan State and relentless fuelling of tensions at Kabul, but also such eminent voices as the Afghan-American writer Khaled Hosseini. Political ‘correctness’ has never been this incorrect in all of history.