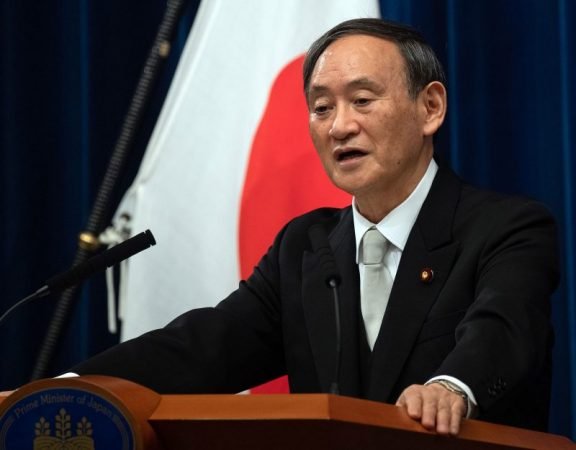 The one-day summit is expected to yield steps diversifying supply chains seen as over-reliant on China and a $2 billion commitment from Japan to work with the United States on alternatives to the 5G network of Chinese firm Huawei, a senior U.S. official said.

Biden and Suga are also expected to discuss human rights issues related to China, including the situation in Hong Kong and Xinjiang, the official said.

The summit is expected to yield a formal statement on Taiwan, a Chinese-claimed, self-ruled island under increasing military pressure from Beijing, said the official, who did not want to be identified.

It would be the first joint statement on Taiwan by U.S. and Japanese leaders since 1969, but appears likely to fall short of what Washington has been hoping from Suga, who inherited a China policy that sought to balance security concerns with economic ties when he took over as premier last September.

In a statement after a March meeting of U.S.-Japan officials, the two sides “underscored the importance of peace and stability in the Taiwan Strait” and shared “serious concerns” about human rights in Hong Kong and Xinjiang.

The U.S. official said that both countries, while not wanting to raise tensions or provoke China, were trying to send a clear signal that Beijing’s dispatch of warplanes into Taiwan’s air defense zone was incompatible with maintaining peace and stability.

A Japanese foreign ministry official said this week it had not been decided whether there would be a joint statement and two Japanese ruling party lawmakers familiar with the discussions said officials have been divided over whether Suga should endorse a strong statement on Taiwan.

The U.S. official said Washington would not “insist on Japan somehow signing on to every dimension of our approach” and added: “We also recognize the deep economic and commercial ties between Japan and China and Prime Minister Suga wants to walk a careful course, and we respect that.”

With his first in-person summit with Suga, and another planned with South Korea in May, Biden is working to focus on the Indo-Pacific to manage China’s rising power, which he sees as the critical foreign policy issue of the era.

He hopes to energize joint efforts with Australia, India and Japan, in a grouping known as the Quad, as well as with South Korea, to counter both China and longtime U.S. foe North Korea, and its increasingly threatening nuclear weapons program.

It requires a delicate balancing act given Japan and South Korea’s economic ties with China and currently frosty relations between Seoul and Tokyo.

Suga said before leaving for Washington he hoped to show U.S.-Japan leadership in creating a “free and open Indo-Pacific” and build a relationship of trust with Biden.

The emphasis on Japan’s key status should boost Suga ahead of an election this year, but some politicians are pushing him for a tougher stance towards Beijing as it increases maritime activities in the East and South China Seas and near Taiwan.

The United States, the European Union, Britain and Canada have all imposed sanctions on Chinese officials for alleged abuses in Xinjiang and some Japanese lawmakers think Tokyo should adopt its own law allowing it to do the same, even as Japanese executives worry about a Chinese backlash.